Such is my country: A history of India's tallest leaders at the UNGA

In the past, many prominent Indian leaders, who have always been known to give a thoughtful and selfless speech, have addressed the international community at the UNGA. Their address focussed on the global issues rather than restricting the speech to India. Indiatvnews.com brings to you a jist of India's tallest leaders at the UNGA.

Leaders from across the globe are presently in New York for the UN week - terminology used for the annual UNGA meeting held at the UN, where leaders from countries of the world put forward matters of importance. Prime Minister Narendra Modi is in the US as well. Over the past few days, he has had multiple bilateral and multilateral meetings. He even held a massive rally in Houston 'Howdy, Modi!' where he addressed tens of thousands of people from the Indian diaspora in the US in the presence of US President Donald Trump along with senior Congressmen and other lawmakers.

But PM Modi's biggest assignment is still in front of him.

The Prime Minister will deliver a speech at the 74th United Nations General Assembly (UNGA) on September 27. This will be Modi's first visit to the UN after his re-election in May. PM Modi will be bringing up the issues of climate change, trade, terrorism amongst others at the UNGA.

September 27, Friday, will also see Pakistan Prime Minister Imran Khan speak at the UN's top platform. Unlike the Indian Prime Minister who will be talking about the global issues, PM Khan's speech is expected to be India-centric. Imran Khan has made his intentions very clear to bring up the Kashmir issue at the UNGA after his side meetings failed to reap much rewards.

To that extent, it is going to be an exciting day at the UN.

In the past, many prominent Indian leaders, who have always known to give a thoughtful and selfless speech, have addressed the international community at the UNGA. Their address focussed on the global issues rather than restricting the speech to India. 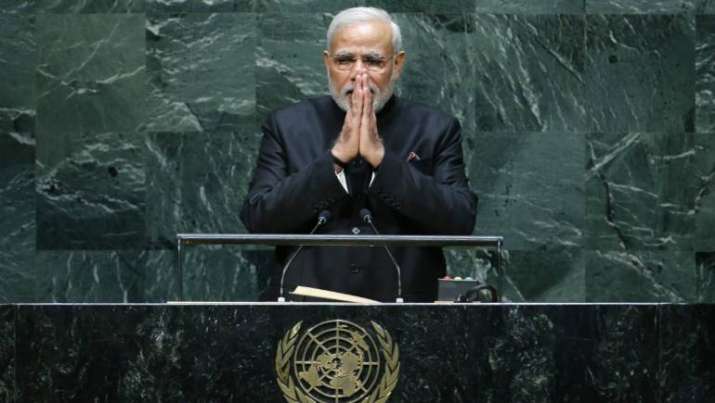 Prime Minister Narendra Modi addressed the 69th UNGA meet shortly after his first stint began as PM in 2014. Modi highlighted the need for urgent reforms and rejuvenation of the United Nations, along with a comprehensive convention on Global Terrorism. Naming Pakistan, Modi said, " Pakistan must create a suitable atmosphere for bilateral talks". He also suggested the adoption of International Yoga Day.