Two people have been injured after a section of under-construction flyover at Gurugram's Sohna road collapsed on Saturday night. The fallen part was part of a 6-km long flyover being constructed near Sohna road. Guurgram police have reached the incident site.

Gurugram: Two persons were injured when a huge concrete slab of an under-construction flyover fell on Gurugram's Sohna road on Saturday night, police said. The injured, said to be labourers, were hospitalised, they added. The area was cordoned off, a police official told PTI.

Haryana Deputy Chief Minister Dushyant Chautala said a team of the National Highways Authority of India (NHAI), the sub-divisional magistrate of the area and a civil defence team were at the site.

"Slab of elevated corridor Sohna rd (road) Gurugram collapsed. There have been 2 injuries and both have been admitted and (are) under treatment," he said in a tweet.

Locals told the police that they heard a loud sound when the concrete slab fell on the road. 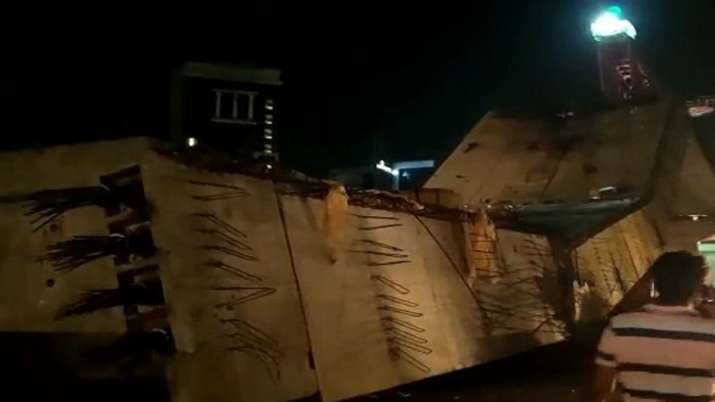 They said a major accident was averted as there were not too many people at the site when the incident occurred.

Preliminary reports suggested that a few girders installed between two pillars fell all of a sudden, leading to the incident.