The MeT office had earlier predicted that the wind system may reach Delhi by June 15, which would have been 12 days early.

Monsoon in Delhi, weather update: Delhi and parts of Punjab, Haryana and Rajasthan will have to wait till July for the first monsoonal rains as the wind system is unlikely to cover the region in the next seven days, the India Meteorological Department (IMD) said on Thursday.

"Present meteorological conditions and model forecasts indicate that large-scale features as well as the prevailing wind patterns over the region are not likely to be favourable during the next one week for further advance of the southwest monsoon into the remaining parts of Rajasthan, west Uttar Pradesh, Haryana, Chandigarh, Delhi and Punjab," the IMD said in a statement.

However, it said, isolated light to moderate rainfall accompanied by thunderstorm and lightning is very likely over most parts of northwest India in the week ending June 30. 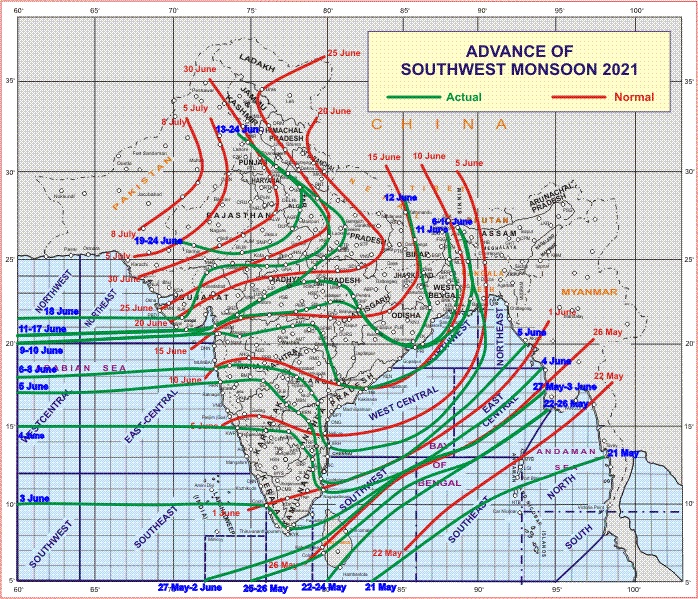 The IMD also said India has received 28 per cent excess rainfall during the monsoon season so far.

Maximum temperatures are likely to rise by two to three degrees Celsius over most parts of northwest and the adjoining central India in the absence of significant rain.

"Heat wave conditions are unlikely over any parts of the country. However, due to higher temperatures and high humidity, there will be discomfort over northwest India during the week," the MeT office said.

After arriving two days late in Kerala, monsoon had raced across the country, covering eastern, central and the adjoining northwest India seven to 10 days earlier than normal.

The MeT office had earlier predicted that the wind system may reach Delhi by June 15, which would have been 12 days early.

However, westerly winds persisting in northwest India have been blocking the wind system. These are expected to prevail till June-end, according to Kuldeep Srivastava, the head of the IMD's regional forecasting centre.

Normally, monsoon reaches Delhi by June 27 and covers the entire country by July 8.

Last year, the wind system had reached Delhi on June 25 and covered the entire country by June 29, according to Skymet Weather, a private forecasting agency.