To reduce air pollution in the national capital, the Delhi government on Monday launched an awareness campaign 'Red Light On Gaadi Off' at all the traffic signals in the city.

To reduce air pollution in the national capital, the Delhi government on Monday launched an awareness campaign 'Red Light On Gaadi Off' at all the traffic signals in the city. The awareness campaign was launched by Delhi Environment Minister Gopal Rai.

He said that every citizen of Delhi including MPs, MLAs, agencies should participate in the campaign and contribute on their behalf, leaving their political affiliations aside, to combat the problem of air pollution in Delhi. 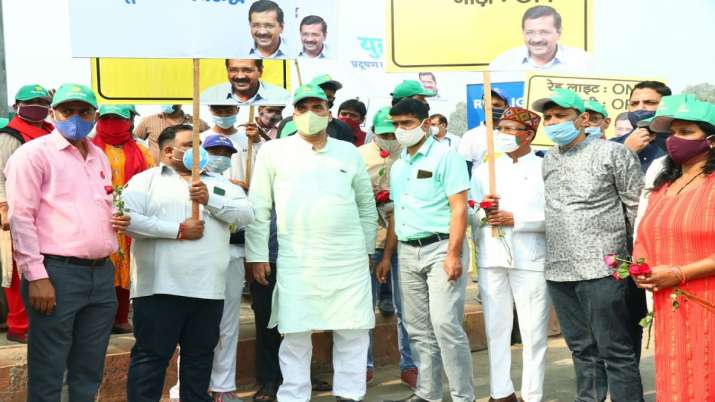 At the campaign launch, the Delhi environment minister said, that a single-vehicle contributes to 15-20% pollution while idling at traffic signals, the aim is to reduce that 15-20% pollution by switching vehicle ignitions off.

"Starting November 2, we will be taking this campaign forward in all the 272 wards in Delhi, so that more and more people participate in the campaign," Rai said.

He assured that soon Delhi Assembly Speaker and other Delhi Cabinet Ministers as well as MLAs will be participating in the campaign to encourage more and more citizens of Delhi to play their part by turning their vehicles off to reduce pollution in Delhi. 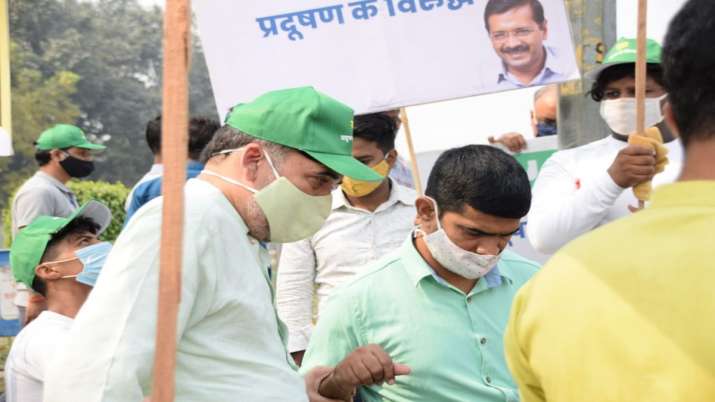 Rai also said, "The governments and all agencies such as the Supreme Court, EPCA, DPCC, and all agencies are monitoring the situation of pollution in Delhi. We will take action wherever needed."

AAP leader also hit back at the BJP MLAs and MPs for not participating in the campaign. "I want to appeal to everybody to participate in this campaign, keeping the party affiliations aside," he added.