As universities across the country witnessed massive protests against the Citizenship Amendment Act, several incidents of police brutality were also reported, here are the front-page stories from India's major newspapers

Since the government passed the Citizenship Amendment Bill in the two houses of the Parliament, protests have erupted across the country with students leading the charge against what is considered to be an amendment that goes against the very structure of the Indian Constitution. During the last four days, massive protests have taken place in major universities like the Jamia Millia Islamia, Aligarh Muslim University, Banaras Hindu University, the Tata Institute of Social Sciences, IIT Bombay, IIT Madras, Indian Institute of Science Bangalore and Jadavpur University, Lucknow’s Integral University and Nadwa College.

In Delhi's Jamia Nagar area, the protests turned so violent that 4 DTC buses were torched by the public. Several other private vehicles were also set ablaze by the angry protestors. The administration had to deploy the police in large numbers to control the crowd.

Questions have also been raised on the unproportionate force used by the police to contain these protests. In Jamia, several incidents were reported of Delhi Police beating up innocent students. As per reports the police entered the university library and beat up those who were hiding inside. Teargas shells were also thrown inside the campus.

There were also several reports of students being shot by the police, these reports have yet not been verified. Videos surfaced on the internet showing policemen firing assault rifles pointed in the air.

The media, both international and domestic, has covered the protest extensively. Here are some of the front-page stories of major newspapers in India. 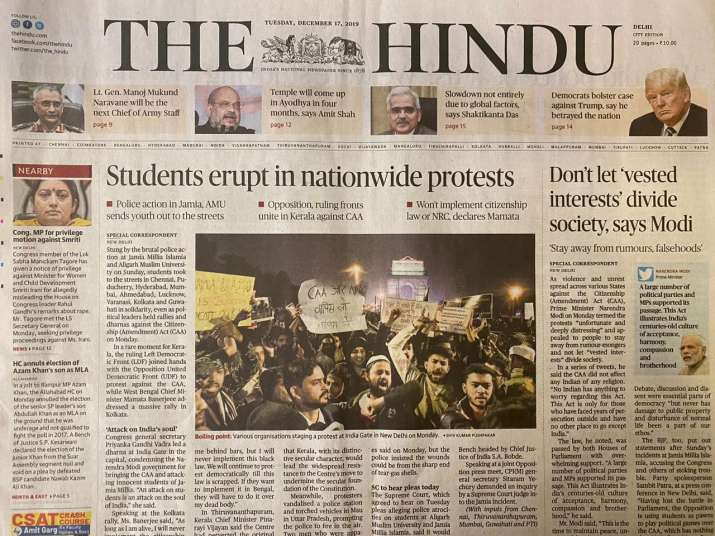 English Daily, The Hindu, went with the headline 'Students erupt in nationwide protests'. The front page of the Hindu read, 'Stung by the brutal police action at Jamia Millia Islamia and Aligarh Muslim University on Sunday, students took to the streets in Chennai, Puducherry, Hyderabad, Mumbai, Ahmedabad, Lucknow, Varanasi, Kolkata and Guwahati in solidarity, even as political leaders held and dharnas against CAA on Monday'. 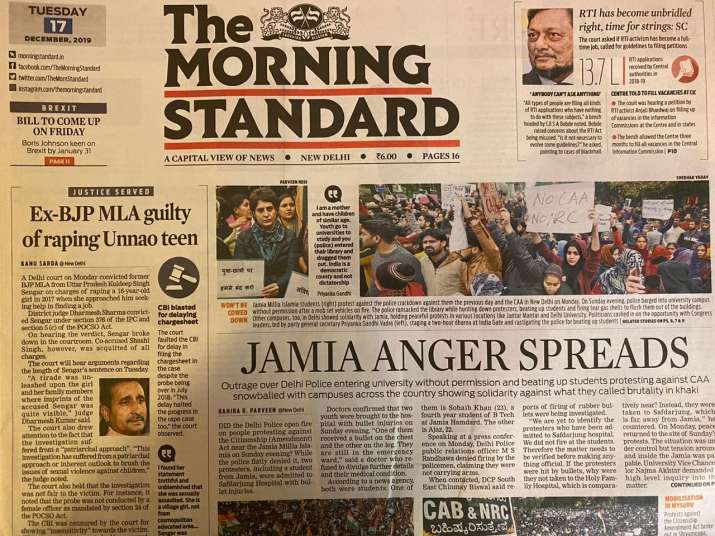 The English daily also had Congress leader Priyanka Gandhi Vadra on their front page as she protests against the police action on students. 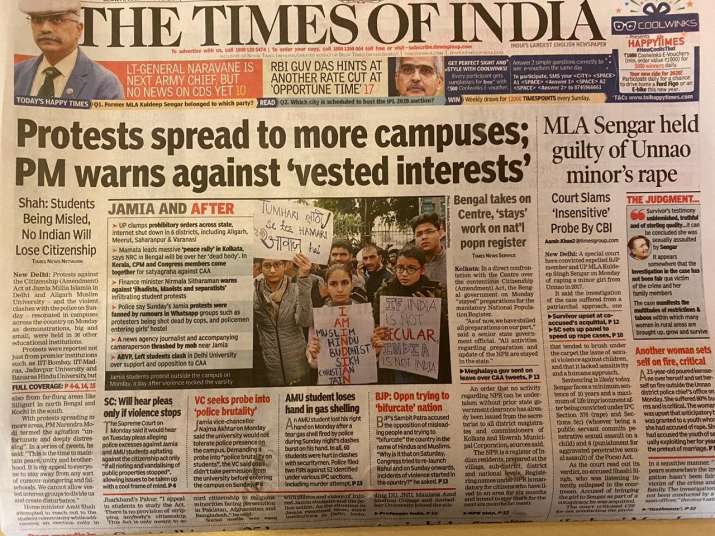 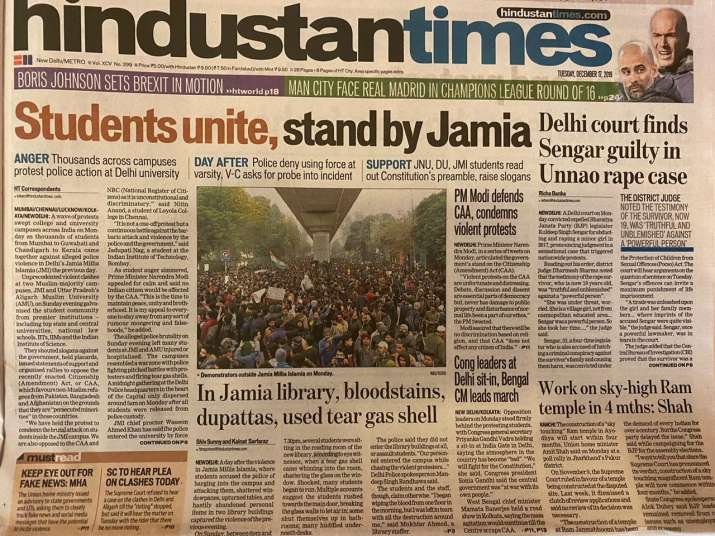 Hindustan Times wrote on it's front page, "Students unite, stand by Jamia." HT was critical of the police and focused on the incidents where police burtality was evident. HT also wrote about Mamata's anti- CAA march and PM Modi's comments 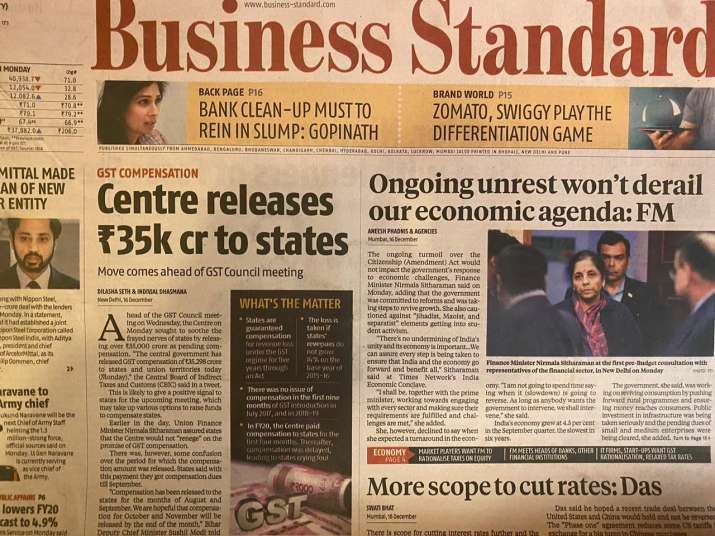 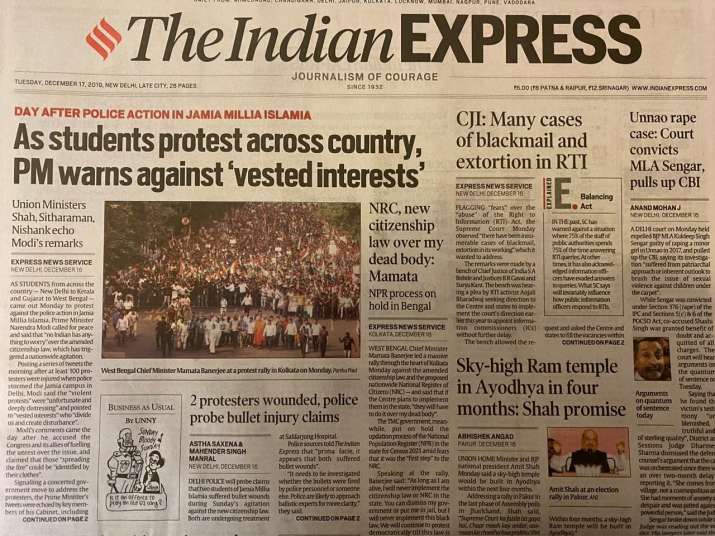 Indian Express lead with the image of Mamata Banerjee's mega protest rally in Kolkata against the Citizenship Amendment Act and the NRC. Indian Express' headline read -- As students protest across country, PM warns against 'vested interests'. 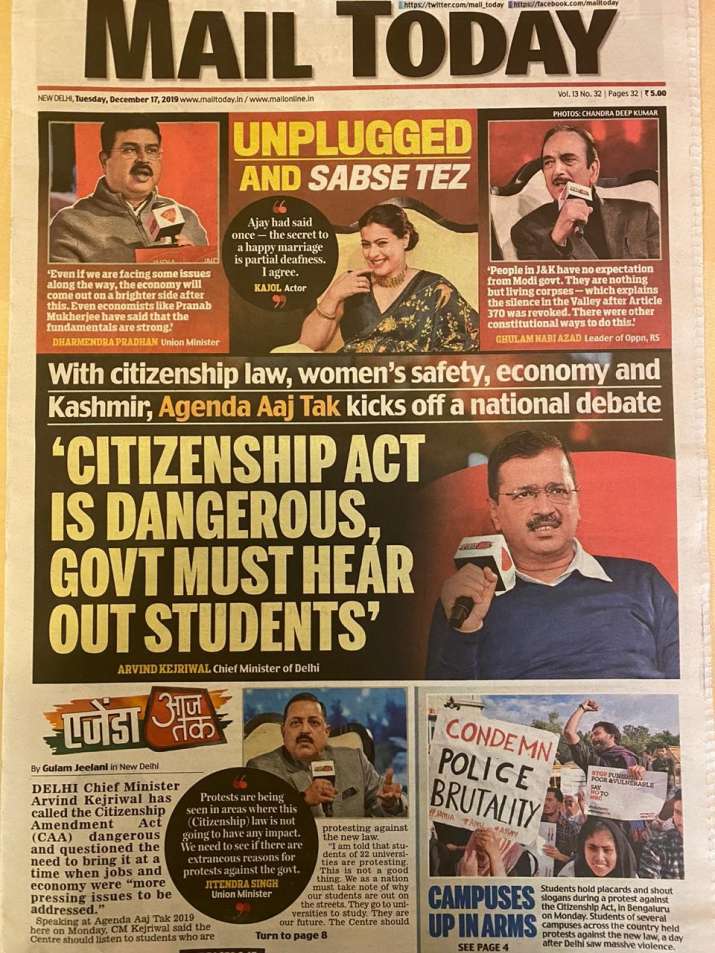