ITBP jawans clean Badrinath temple, shrine to open on May 10

ITBP jawans carry out the clean-up each year after which the shrine is thrown open to pilgrims.

Indo-Tibetan Border Police, on Wednesday cleaned Badrinath temple premises in Chamoli District in Uttarakhand.  Each year, the ITBP clean the temple and surrounding areas before the shrine is opened for the public.

This year a 60-member team from ITBP's Mountaineering and Skiing Institute carried out the clean-up. 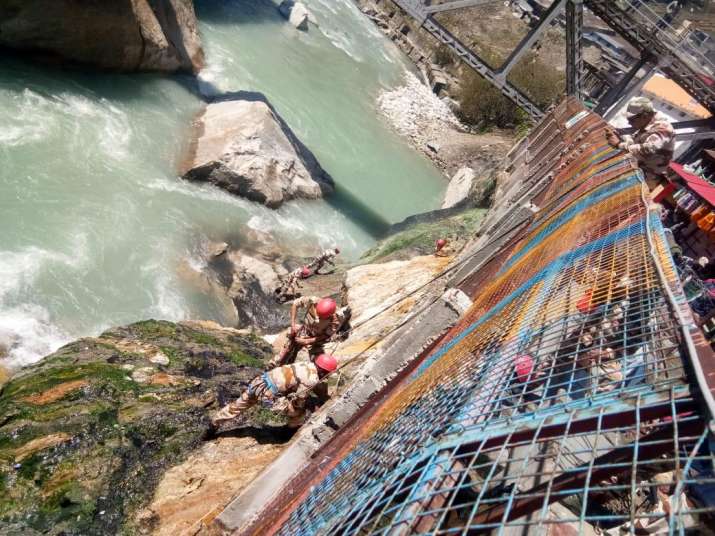 The area received heavy snowfall this year. Due to this, the temple premises, the foot bridge were cut-off for more than 2 months.