Neha Kakkar recently released her new song 'Kanta Laga' after which many started talking about whether she is pregnant and expecting her first child with husband Rohanpreet Singh. Not only this but fans even stalked her Instagram profile and said that she has been wearing loosely fit outfits in order to hide her baby bump. For those unversed, she is all set to appear on Bigg Boss OTT with brother Tony Kakkar.

Neha Kakkar is one of the most popular celebrities of the recent times. The singer who has crooned a number of hit Bollywood tracks including 'Kaala Chashmah,' 'Kar Gayi Chull,' 'Manali Trance,' etc recently released her latest song 'Kanta Laga.' Directed by Mihir Gulati, the song also featured her brother Tony Kakkar and rapper Yo Yo Honey Singh. While many have been talking about the same, another scoop popped up soon after the video was released. Many started to question whether she is pregnant and expecting her first child with husband Rohanpreet Singh. Not only this but fans even stalked her Instagram profile and said that she has been wearing loosely fit outfits in order to hide her baby bump.

Neha will soon be seen gracing the 'Sunday Ka Vaar' episode of Bigg Boss OTT along with Tony Kakkar. The two of them will be playing different games with the housemates and talking about their favourite connections. Neha and Tony will also be interacting with the host Karan Johar. Reports suggest that the singer has planned to make an over-the-top announcement about her pregnancy during her appearance. However, nothing of this sort has been confirmed by the makers yet.

This isn't the first time, news about her pregnancy has left everyone wondering as last year in December she was seen cradling her baby bump with Rohanpreet. Later, it was cleared that all of it was for the promotion of their song 'Khayal Rakhyakar.' 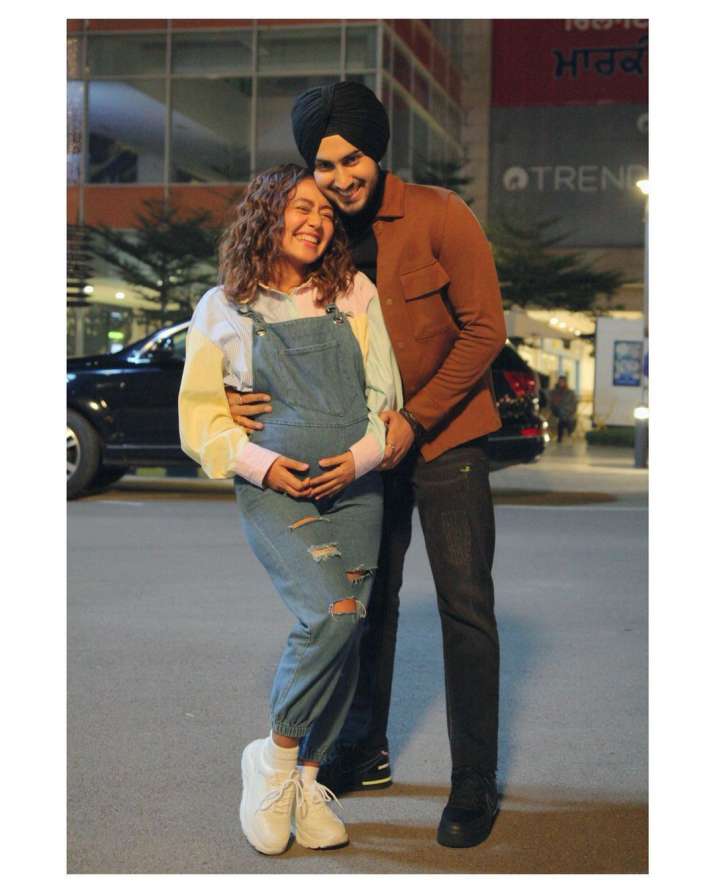 Digging deep into her Instagram profile, we found the singer wearing loose and fully-covered salwa kameez on Eid. However, what caught attention was the way her dupatta was fully covering her belly. Not only this, she was even spotted wearing black outfits and strategically placing some object to cover her belly.

Have a look at some of her pictures and videos here:

It's still not sure whether or not the news is true but if it is, then it would definitely be a surprise for her fans! Meanwhile, don't forget to watch her latest song 'Kanta Laga' that got huge response and within 18 hours of its release got over 1 crore views.

On the personal front, Neha and Rohanpreet got married on October 24 in a grand wedding ceremony in Delhi. The two of them every now and then share adorable and lovable posts for each other.