Babumoshai Bandookbaaz Movie Review: It gives a brief deja vu into Gangs of Wasseypur. But did it live up to the expectations?

Babumoshai Bandookbaaz is an action-thriller film directed by Kushan Nandy and produced by Kiran Shyam Shroff and Ashmith Kunder. It features Nawazuddin Siddiqui and Bidita Bag in lead roles. The film earlier courted controversies due to Nawazuddin Siddiqui allegation on the filmmaker for racism. Actress Chitrangda Singh walked out of the film owing to some problems with the script. In the reign of Pahlaj Nihalani, Babumoshai Bandookbaaz was suggested 48 cuts in the film by Censor Board, which left the cast fuming. Coming out of all the hullabaloos, the film finally released on 25th August. Will it succeed to impress the audience? Let’s see.

Nawazuddin Siddiqui's Babumoshai Bandookbaaz managed to rake in Rs. 2.05 crore on its opening. Film trade analyst Taran Adarsh tweeted the first day collection of the film on his Twitter account.

The action-packed drama follows the lives of two bounty hunters Babu Bihari (Nawazuddin) and Banke Bihari (Jatin). Shot in the backdrop of a hamlet in Uttar Pradesh, the film is a bloodstained tale of friendship, love and deceit.  The duo who gels up together to attain reward for killing people, at one point get their lines crossed and are planted against each other. As the story unfolds, it’s only Babu Bihari fighting his battles of evil vs eviler alone.

Life reveals some hard-to-digest secrets to Babu after he gets shot in head by someone whom cherished dearly. His entire existence laced with the blood of those he murdered, is turned against him. While mortgaging his soul to the devil, all he’s left with is the ashes of his broken heart.

Gangs of Wasseypur bhakts will be glad to see Nawaz back in the baddie avatar, but I fear that their high hopes might not get fully rewarded.  The film carries the same genre of noir, but doesn’t match up to the stature of previous gangster films which were critically acclaimed. It starts with bullets, and ends with one putting an end to the entire tale. Everyone is happy killing, shedding blood, including Babu Bihari who slayed his first victim at an age of 10 just for the sake of two bananas. It sheds light on the heartbreaking breaking reality of starvation and unemployment still prevalent in some parts of India. On his journey strewn by blood, he finds a helpless girl Phulwa, with whom he falls in love with. His assassin’s vocation also introduces him to Banke, who claims to be his die-hard fan. Together, they put many biggies like politicians and their pawns to sleep. But this seemingly happy tale of comradeship comes to an upheaval when they both are plotted against each other.

The entire setup of a UP village seems as realistic as it can be, which earns the filmmakers a stand-up ovation. Few extra marks can be awarded to the fact they left the level-headedness of the film untouched without glorification of assassination scenes. Even the blood and gore is portrayed as it is. The houses and streets shown in the film will give you a lucid peek inside the remotest village of India.

The film could’ve been a spot had the screenplay been crisper. The recurring episode of Babu and Banke splitting up and bouncing back together becomes too juvenile at one point. It was during the reconciliation of Babu and Banke that even the most naive of the audience can deduce the impending end. The deceit was visible to everyone but Babu who claims himself to be the biggest assassin of the city. With few things falling out of places, Kushan Nandy still manages to give you a savage crime-thriller, you’ll be comfortable watching till the end.

Nawazuddin Siddiqui, undoubtedly, puts whole of himself in the role he’s assigned. He’s never acting, but seems to have absorbed every bit of the character itself in his flesh. In the skin of Babu, Nawaz has given us some brief throwbacks of Faizal from Gangs of Wasseypur. The transition from a ruthless killer to a selfless lover in the film is praiseworthy and Nawaz is ascertained to be lauded for the same. It’s his one-liners and trademark desi swag that give some whistle-worthy moments throughout the film. Watching Nawazuddin being Nawazuddin is the best thing to experience on silverscreen, being a cinema lover. 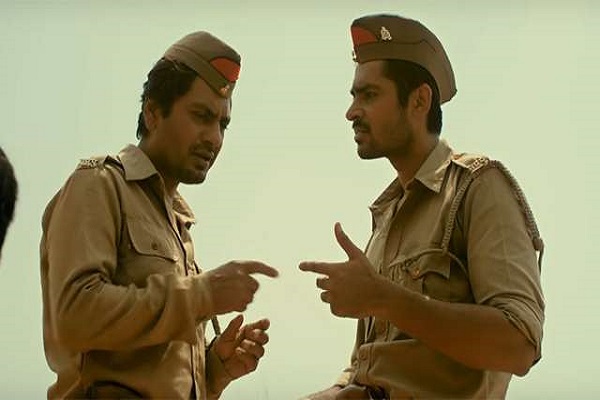 Another add-on to the film is Jatin Goswami, who turns out to be a surprise element for the audience. When an actor is sharing screen space with Nawazuddin, he’s bound to be cowed by the greatness of his acting skills. And when you’re not a familiar face in the b-town, the impact is even more massive. But here, in Babumoshai Bandookbaaz, Jatin can be seen stealing the thunder from Nawaz for some moments, though very short-lived. Unquestionably, Jatin has matched his shoulders with Nawazuddin Siddiqui, which establishes him as an actor of great potential.

Actress Bidita Bag has been as on point as an actress could be in the role of Phulwa. She has looked a seductress, sweeping Babu off his week with just a peck on his cheek.  For her role in Kushan Nandy’s film, Bidita is a valuable find for Bollywood. Effortless yet seamless in her acting. 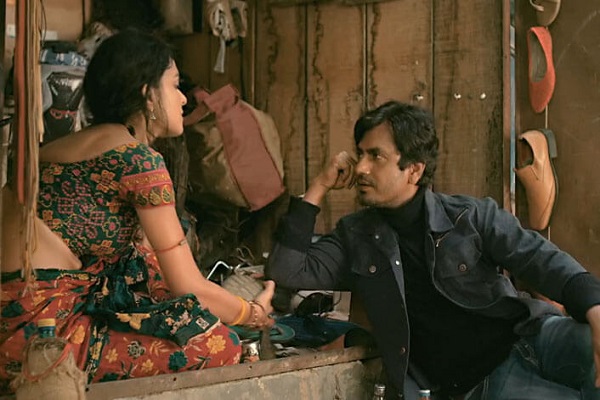 To Watch or Not?

A Gangs of Wasseypur fan? You can certainly give this film a try, for the sake of witnessing Nawaz once again in grey shade. You’ll get not one but many GOW déjà-vu between the scenes. But if you’re not just a fan but lover, you’ll be having high hopes set against Babumoshai Bandookbaaz. Your hopes might not get fulfilled as the film just misses the mark by inches.