Nothing. Just Sara Ali Khan chilling in pool with her 'floating breakfast'

Looks like Sara Ali Khan is in no mood to let go of her vacation vibe. The actress has reportedly been holidaying in the Maldives and welcomed new year in the island country. Sara was joined by brother Ibrahim Ali Khan and pictures from their pool session hangouts were shared by the actress on Instagram. With 2020 kicking in, the actress has also dumped her diet plans this vacation season.

Sara shared pictures from her 'floating breakfast' that contained muffins and cupcakes.

"Muffins and cupcakes for breakfast If only days like this could last #floatingbreakfast #thirstythursday@luxnorthmale @ncstravels" she wrote.

Ibrahim also made an appearance on Sara's Instagram feed.

Sara's New Year 2020 started with a jet ski ride and the actress shared a video story with her fans. 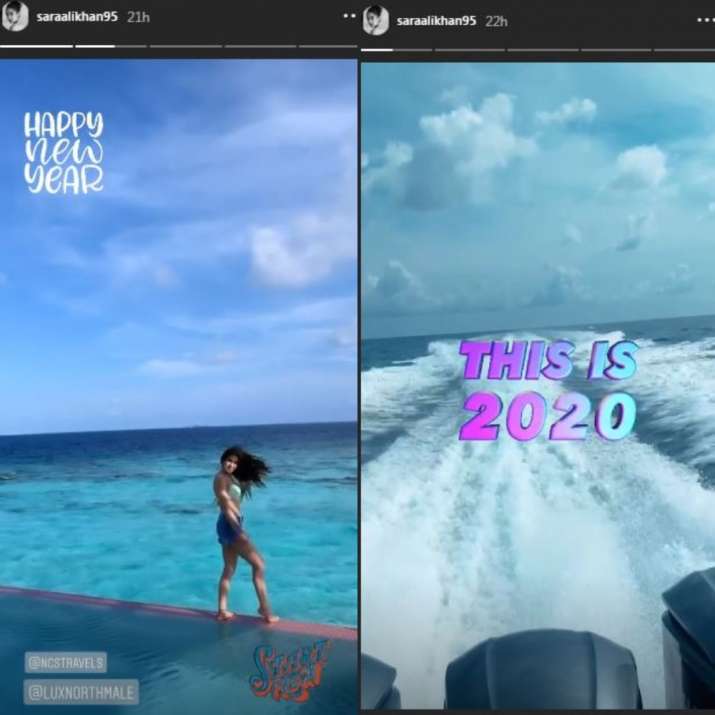 Sara's first evening of 2020 was spent looking at the beautiful sky of Maldives. 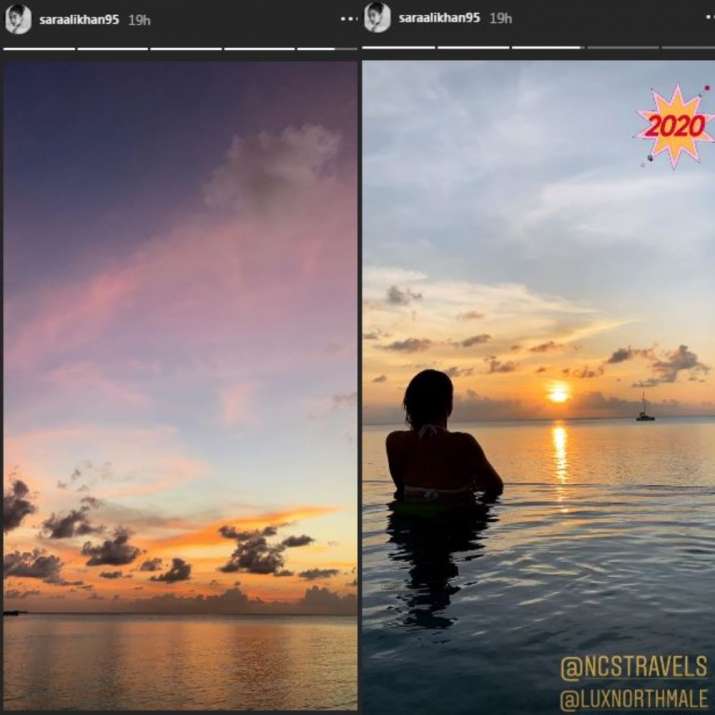 Before this, Sara went to Kerala with her best friend.

Sara will next be seen with rumoured boyfriend Kartik Aaryan in Imtiaz Ali's yet-untitled film -- a sequel to Love Aaj Kal. The movie will be released on February 14. She will also share screen space with Varun Dhawan in the remake of Govinda and Karisma Kapoor-starrer Coolie No. 1. Helmed by David Dhawan, Coolie No. 1 will hit the theatres on May 1.