Do you know that 'Aashram' or sumptuous building was a real-life dilapidated palace in Ayodhya called Raj Sadan? Read.

Filmmaker Prakash Jha's web-series 'Aashram' is now gearing up for its second season titled Aashram Chapter 2: The Dark Side.

Bobby Deol plays the designated role of Baba Nirala. But do you know that this 'Aashram' or sumptuous building was a real-life dilapidated palace in Ayodhya called Raj Sadan? And Prakash Jha's vision and loudness made this 'Khandar' place a 'castle' again.

The palace however was a pathetic place and had wild bushes, pigeons and broken walls. It took around one month for the set design team of Prakash Jha to clean the palace and further it took about 4-5 months to return to the beauty of the palace and rebuilt it into a regal building. 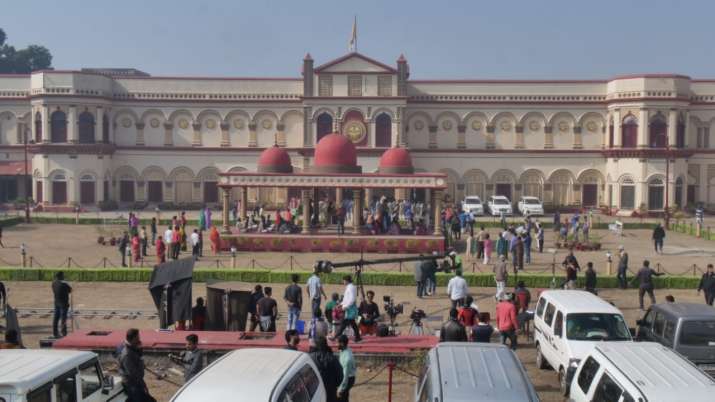 Director Prakash Jha "I saw all the possibilities of building 'Aashram' in Raj Sadan. It was perfect as per our imagination, therefore the set was easily made there. Although it was in a very dilapidated condition but this palace was very beautiful. We were sure that no such colour will be used which represented any particular religion or panchayat."

"We worked on understanding the nature and then we chose the colours. The palace may have been in a shabby state but if this had not been the palace, then Aashram would not have been so beautiful in the making," Jha further added.

Directed by Prakash Jha, this crime drama will be live from November 11, 2020, only on MX Player.