While Shahid Kapoor is in a very happy zone right now, his social media accounts became the latest victims of internet hacking. The actor has become a father for the second time as his wife Mira Rajput gave birth to a baby boy on Wednesday night. On Thursday, strange activities were reported on his Instagram account. His Twitter and Instagram account shared some provoking videos and messages. In the cryptic tweet, the hacker who’s handling his Twitter account is trying to explain how Alauddin Khilji was not as evil as he was shown in Padmaavat.

Even his Twitter bio was changed to, “Ayyildiz Tim Türkiye”

On Instagram, the hacker even shared a picture of Katrina Kaif writing, "I Love You Katrina Kaif." 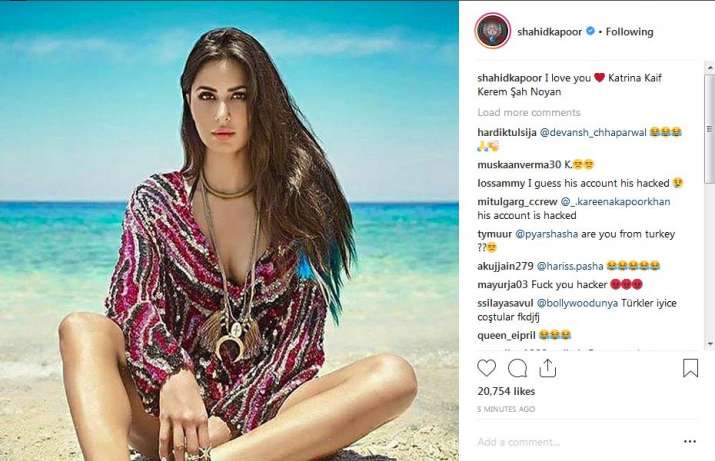 Shahid Kapoor isn’t the only one whose social media account has fallen prey of internet hacking. Earlier Abhishek Bachchan’s Twitter account was hacked with similar kind of posts in display.