Attention! SBI credit card holders won't get to avail THIS benefit from today. Deets inside

Credit cardholders won't get a 0.75 per cent discount on buying fuel at petrol pumps from today. This benefit was introduced by state-owned oil companies more than two-and-a-half years back to promote digital payments. So, SBI credit cardholders are set to face a tough situation from today.

SBI has informed its credit card customers that the 0.75 per cent cashback on fuel transactions will be discontinued effect from October 1, 2019.

"Dear SBI credit cardholder, as advised by public sector oil marketing companies, the 0.75 per cent cashback on fuel transactions will be discontinued with effect from October 1, 2019," the country's largest bank in a text message informed its credit card customers. 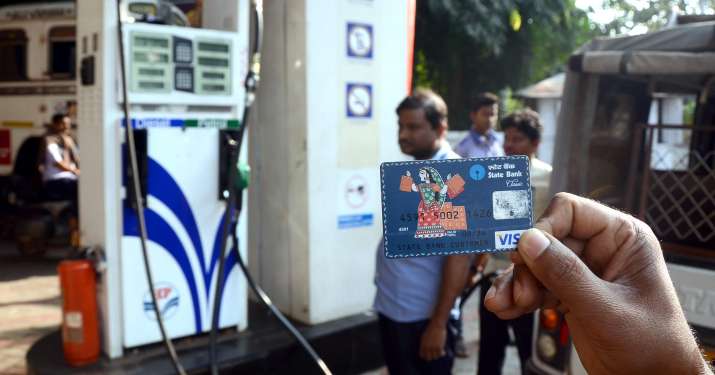 Back then, the government had asked Indian Oil Corp (IOC), Bharat Petroleum Corp Ltd (BPCL) and Hindustan Petroleum Corp Ltd (HPCL) to give a 0.75 per cent discount on card payments for fuel purchases after a widespread cash crunch in late 20016 following demonetisation of 86 per cent of currency notes in circulation.

The 0.75 per cent discount of the value of fuel purchases using credit/debit cards and e-wallets was introduced in December 2016 and had continued for more than two-and-a-half years, straining OMCs.

An industry official said the oil companies have decided to discontinue the discount on all credit card payments from October 1. However, the discount on debit card and other digital modes of payments would continue, he said.

The 0.75 per cent discount on payments made using either credit/debit cards, e-wallets or mobile wallets translated into a rebate of about 50 paise a litre on petrol and diesel. Petrol currently costs at Rs 74.13 per litre in Delhi, while a litre of diesel costs Rs 67.07.