ALERT! Visit bank ATM for withdrawing cash? You need to watch this ATM fraud video to save your bank details

Several people have reported of ATM frauds in the past and about the card skimming technique to clone debit/credit cards to withdraw money from remote locations was used. Recently, a group of citizens in Delhi's Arjun Nagar area discovered an ATM kiosk of Canara Bank rigged with card skimming chip and hidden camera.

Every day lakhs of people visit bank ATMs to withdraw cash but are unaware of fraudster's tricks to loot their hard-earned money. Every time you step inside the bank ATM and before inserting your debit card, firstly you need to be sure about the teller machine. As several people have reported of ATM frauds in the past and about the card skimming technique to clone debit/credit cards to withdraw money from remote locations was used.

Recently, a group of citizens in Delhi's Arjun Nagar area discovered an ATM rigged with card skimming chip and hidden camera. This card skimming was planted in Canara Bank ATM Kiosk and the video was shared by UP Police additional SP Rahul Srivastava.

ALSO READ: WARNING! Paytm says don't do this or your account details might get leaked; details inside

In a viral video, a man can be seen explaining another man, who visited the same ATM to withdraw cash, about the massive fraud and loot scheme used with the help of technology and cunningness.

A card user noticed that a chip or Pendrive was installed in the ATM machine along with a camera. Though card skimming fraud is very common in India, still very few ATM users are aware of it. Reportedly, this video of the incident has gone viral over the internet. 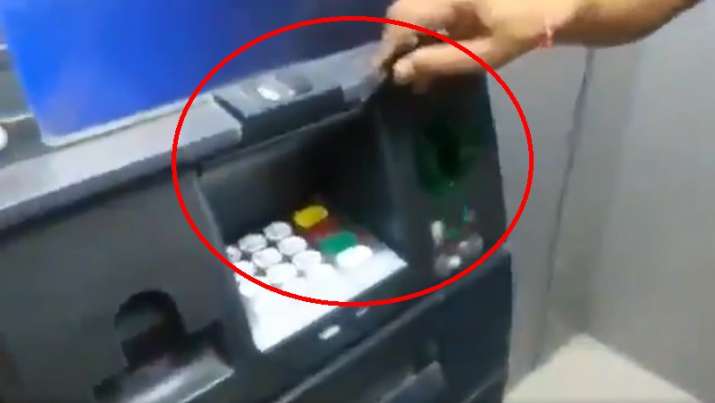 Vigilant citizens discovered a camera & skimming device at an ATM in Delhi.
Thieves place skimmer & a camera inside the #ATM to know t pin of t user. Once t pin is recorded & card details r stored on t skimmer, the thieves use it to purchase things online or create cloned cards pic.twitter.com/EpzyNtgYim

The man, who is recording the whole incident, explaining further he showed the device was carrying a memory card, a micro camera, a battery and a small chip. In fact, the man added they also recovered a duplicate card reader which the fraudsters fixed on the card reader point of the ATM machine. 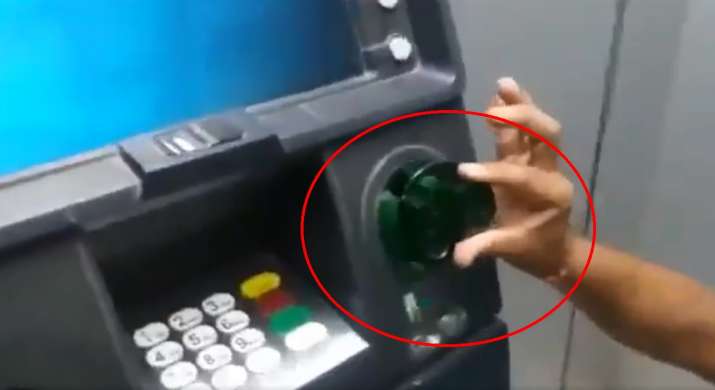 Due to lack of awareness, this kind of card skimming and ATM fraud have been carried out across the country. The fraudsters steal customers card details with the device fixed on the card reader point and camera above ATM keypad.

What is ATM skimming?

ATM skimming is stealing of bank details from customer's ATM card. Scammer installs a small device, known as a skimmer, into the card slot of ATM machines to steal the information during a legitimate ATM transaction. As the card is swiped at the machine, the skimmer device captures the information stored on the card’s magnetic strip. A camera is installed somewhere above the keypad captures the ATM pin that user enters in teller machine.

ALSO READ: Alert for Debit card users! HDFC Bank says don't do this or else fraudsters can steal your money