HP Spectre x360 13 is a premium convertible laptop from the house of HP. But does it justify the hefty price tag? Let's find out.

The convertible laptop segment is something that has gone overlooked in the past at least in markets like India. But with the ongoing pandemic, many of us are now relying on our laptops for both our entertainment as well as most of our workload. With that being said, HP Spectre x360 Convertible 13 makes perfect sense for most of the people out there.

The laptop offers an OLED touchscreen display, a long battery life and a great build quality. However, HP wants you to spare roughly Rs. 1,35,000 on the Spectre x360 13. At that price, does it even make sense anymore? Or it proves to be worth every penny? Let’s find out.

HP Spectre x360 features an aluminium chassis and it comes with stylish bevelled edges. The laptop weighs in at around 1.3kgs, which makes it feel really light and ultra-portable. The laptop is available in Natural Silver, Nightfall Black and Poseidon Blue. We had the Poseidon Blue colour variant for review and in my opinion, the laptop looks best in this colour variant. It also helps the laptop stand out from the basic white, silver or black colour options.

Coming to the design, there is just the HP logo on the lid of the laptop. It does not glow but it does shine a bit when light is thrown at a particular angle. The rest of the lid is left clean and there are gold accents all around the laptop. It does look quite premium and it is something that you can take to executive board meetings. 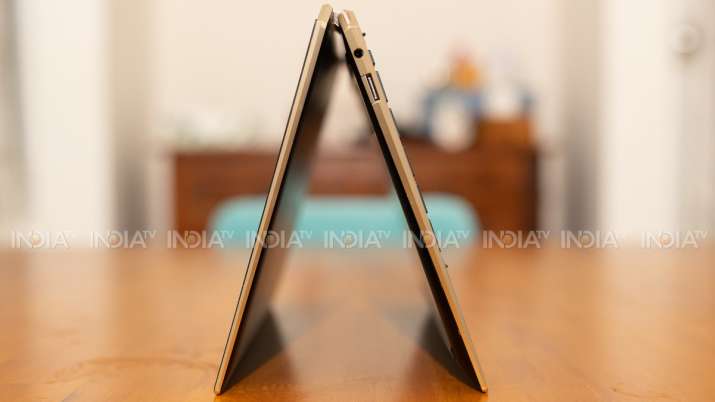 As for the build quality, the whole laptop feels really sturdy. There is almost no flex on the screen or on the keyboard deck. Even the hinges of the laptop feel like they can handle years of opening and closing. The hinges also manage to keep the screen from wobbling.

HP Spectre x360 Convertible features a 13.3-inch OLED display with a resolution of 1920x1080 pixels. While some might argue why the company did not include a 1440p panel, I would say they made a great choice by going in with a 1080p panel as with a display this small you would barely notice the difference. 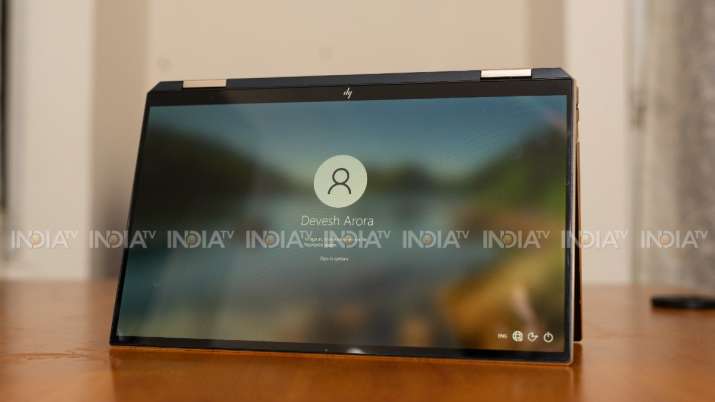 The display panel is unlike most of the other laptops in the segment as this one gets an OLED panel. OLED panels tend to offer deeper blacks and punchier colours. The panel on the HP Spectre x360 gets fairly bright. I enjoyed watching Netflix on the laptop at the night and even while sitting at the airport. Overall, the screen is great and has good viewing angles.

It is a touchscreen display and my review unit came bundled with a rechargeable stylus. While I am not an artist, I did try out the stylus with a few apps to make some drawings. I would say there was no latency and the pen worked smoothly. The best part about the included HP Pen is that it can be charged via a USB Type-C cable.

As for the audio, the HP Spectre x360 13 comes with bottom-mounted speakers that are not very loud but they get the job done. When placed on a tabletop, the Bang & Olufsen can offer a good enough experience. However, when you decide to keep the laptop on a bed or a couch, you might need a pair of earphones.

HP has been including keyboards with arrow keys placed in an awkward row for a long time now. It should have had a proper inverted T-like layout which would have made it easier for the user to tap the arrow keys. Besides that, the keyboard has a great feel to it. It has a good amount of key travel and during my time with the device, I did write a couple of articles on it and I really felt comfortable. 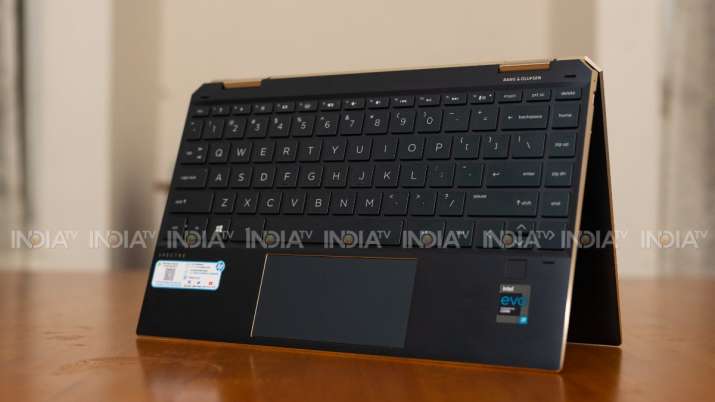 The trackpad could have been slightly larger. Nonetheless, it is a great touchpad and your fingers would easily glide on it. The user will be able to tap smoothly and even click with light pressure.

HP Spectre x360 13 is powered by the Tiger Lake Intel Core i7-1165G7 CPU. It is not a laptop built for gamers or any heavy workloads. This means that running synthetic benchmarks would not give us the real picture. Instead, testing out the device with regular workload and everyday tasks would offer us a better picture.

During my time with the device, I wrote plenty of articles on this machine. I had multiple windows of Google Chrome opened with more than 8-10 tabs in each of them. Furthermore, I also had Spotify and WhatsApp running in the background. I even did some light photo editing on Adobe Lightroom. With all this, I never felt the urge of having extra power. 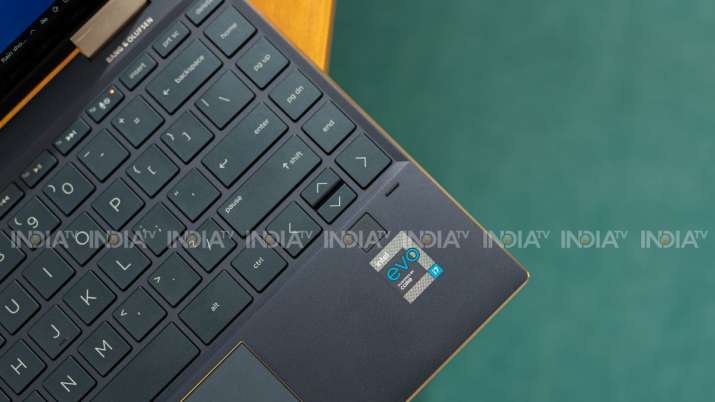 Paired with Intel’s Evo platform, the HP Spectre x360 13 was able to offer a really productive experience. With the help of the fingerprint scanner and Windows Hello face recognition feature, I was quickly able to unlock the device. It was also quick at waking up from sleep. This meant I was able to take the laptop out of the bag and in a matter of few seconds I was already on Google Docs starting with a fresh new idea.

HP Spectre x360 13 is Intel Evo certified and that means that one can expect some good results when it comes to the battery life of the laptop. I am happy to report that the laptop was easily able to deliver more than 9 hours of battery life on a single charge. One can easily stretch it to 10 hours by turning on some power saving features. 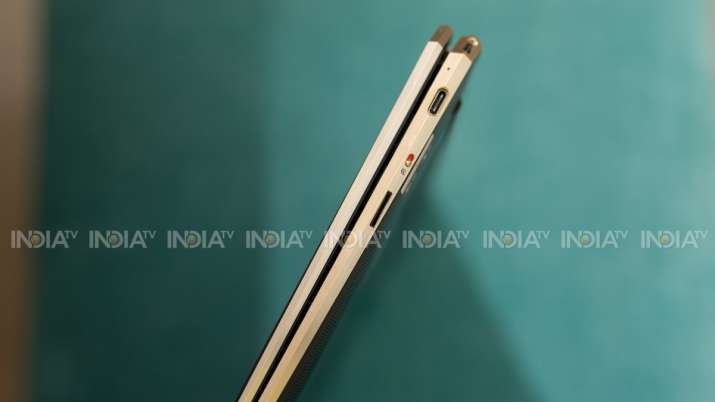 HP Spectre x360 13 is not a cheap laptop but rather an investment that is going to pay off if you plan to use this laptop for four or even five years. Thanks to Intel Evo certification, the laptop is able to offer an incredible experience out of the box and this should remain at least a few years. HP has also promised that the Windows 11 update will be rolled out for the HP Spectre x360 13 (2021), which should give the buyers even more assurance.

At a price of around Rs. 1,35,000, the laptop does feel quite expensive but when you see the other premium laptops like the Dell XPS 13, it does not feel that expensive anymore. It would rather serve you well with productivity features like the included HP Pen and more.