The new range of OnePlus Smart TVs run on Android TV and comes with features like HDR10+ certification, Dolby Atmos and much more.

OnePlus, after creating a lot of hype around, has finally launched their all-new OnePlus TV series in India. With the launch of the new OnePlus TV U-series as well as Y-series, the company is now targetting brands like Xiaomi and Realme in the budget SmartTVs segment. The new range of OnePlus Smart TVs run on Android TV and comes with features like HDR10+ certification, Dolby Atmos and much more.

OnePlus TV 55U1 sports a 55-inch panel upfront with 4K resolution and 93 per cent of the DCI-P3 colour gamut. The smartTV comes with support for HDR10, HDR10+ and Dolby Vision. It also comes with nine picture modes including Vivid, Standard, Film, Cinema Home and more. The Chinese manufacturer has also added a new engine called Gamma Engine that promises to optimise the image quality by offering smoother animations, anti-aliasing and more.

The company has even worked on audio with the OnePlus TV 55U1. The company is offering a set of high-quality 30W speakers along with support for Dolby Atmos in order to offer theatre-like experience at home. Adding to that, the company has managed to make the TV just 6.9mm thick.

OnePlus TV 55U1 runs on the latest version of Android TV. It comes with a set of OnePlus apps including OnePlus connect that allows users to connect up to 5 phones at once including both Android and iOS. The company has also installed its Oxygen Play service on top of it that basically brings content from all streaming services at one place.

For the budget segment audience, the company has finally announced its Y-series SmartTV. While the company did not speak much about the Y-series on stage, they gave a gist on its specifications. OnePlus TV Y-series comes in two sizes - 32-inch and 43-inch. While the 43-inch SmartTV comes with a fullHD resolution panel, the 32-inch variant settles for an HD display with a resolution of just 1366x768 pixels. 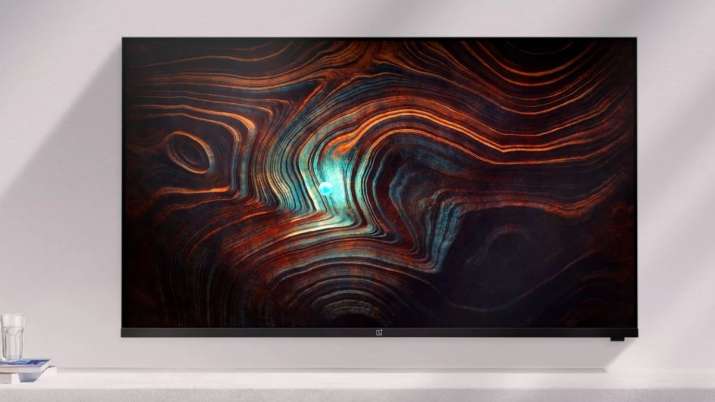 Both the 32-inch and 43-inch variants of the OnePlus TV Y-series come with two 10W speakers. The televisions also support Dolby Audio right out of the box.

Just like the OnePlus TV 55U1, the OnePlus TV Y-series also runs on Google's Android TV operating system. That brings in access to services like Chromecast, Google Play Store, Google Assistant and much more. The company has also added its own set of features on top of it, which include, OnePlus Connect, OnePlus Play and Kids Mode among others.