Sharath Kamal eyes Olympic glory before calling it a day

Last year in March, Sharath ended a decade-long wait for a Pro Tour title as he outclassed top seed Marcos Freitas to win the Oman Open.

An Olympic medal would be the best moment of my career, said nine-time national champion Sharath Kamal, motivated by his willingness to learn and believing there's always scope to go above and beyond. Earlier this week, every game point drew a roar of approval from Sharath as he brushed aside World No. 16 Germany's Patrick Franziska, also his former teammate at Borussia Dusseldorf Club in the Bundesliga, to clinch a hard-fought five-setter tie at the WTT Star Contender Doha.

Just like most other modern-day table tennis players, Franziska is equipped with a strong backhand. Sharath, however, came through a thriller match 12-10, 3-11, 11-7, 7-11, 11-9 win over his German pal before losing against Dmitrij Ovtcharov in the pre-quarterfinals.

"The only thing I haven't won is the Olympics medal. That would be the best moment of my life and career. I'm really looking forward to this year's Olympic Games in Tokyo," Sharath told Indiatvnews.com in an exclusive conversation.

"Having trained with Franziska in the past, we know a lot about each other's game and that's why there is mutual respect. But I had to counter his backhand to win. I would've won against Dima too if my backhand was good in that match. Nonetheless, I was really happy to win against Franziska.

"The sport has now become more backhand-oriented. When I started, it was all about forehand," Sharath highlighted, recalling his early days when most coaches would emphasize building the game around forehand and one could get away with a relatively weak backhand. 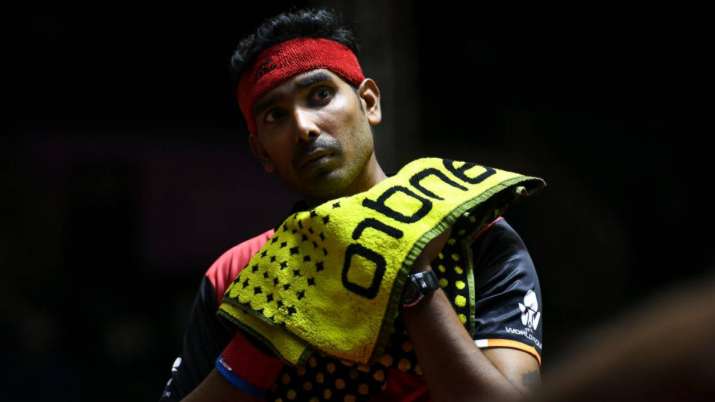 A determined Sharath, after a year of uncertainty, unexpectedness and hardly any match practice, is currently eyeing his fourth Olympics. The World Singles Qualification Tournament is set to get underway on Sunday, with four Olympic berths up for grabs in the men’s event.

Just a few steps away from reaching another milestone in his extensive and illustrious career, Sharath feels one has to set goals for staying motivated in the long run. Last year in March, he ended a decade-long wait for a Pro Tour title as he outclassed top seed Marcos Freitas to win the Oman Open.

"You've to be passionate, set goals to stay motivated. It's all about winning medals, like in Commonwealth and Asian Games."

The Padma Shri recipient, like most athletes, was taken aback by the COVID-19 disruption, especially the mental aspect of it. Making the most of a bad situation, Sharath upped his fitness levels, cutting weight and adding a new perspective to the wearying phase.

"The COVID-19 phase was tough as the Olympic preparations got stuck all of a sudden. You're in a space where don't know for what you're training for. Along with motivation from coaches, one of the crucial things was the support that I got from my wife and two kids. Being 38, I know my body in-and-out as I put in extra hours just on my fitness levels.

"There's still room for improvement even after playing at the international level for decades. I've been lucky enough to evolve my game. I don't think I can match with the younger generation if I think there isn't any need for improvement," Sharath further said.

"End of the day, if I would've broken down during the lockdown phase, my career would've taken an ugly turn. It's all about how you utilize the period and keep yourself motivated during such a period."