From Shubman Gill to Washington Sundar: How did India debutants conquer Australia

Dreams do come true if you survive the hard times -- Even in his wildest dreams, 'net bowler' Natarajan would not have imagined that he'll be bowling the cherry in Brisbane, just days after making his T20I debut for India. The left-arm pacer, amid India's injury crisis in Australia, became the first player to make his debut in all three formats of the game on the same tour. While many would call it sheer luck, some would term it destiny.

Natarajan didn't disappoint either. At the international level, if you've too many doubters pointing fingers at your arrival, you start doubting yourself too. Unperturbed by outside pressure, Natarajan left a mark against the Kangaroos, especially when the touring contingent was losing players faster than light. Natarajan had already marked his arrival in style by delivering in the white-ball leg of the tour. Receiving the Test cap number 300 was more like another feather to his crown.

In a tour where both the sides are affected by growing injury toll, debuts are bound to happen. Wouldn't be exaggerating to say that debuts were distributed more like flyers, especially in the Test series. As many as five players were handed debuts by the injury-ravaged Indian side.

In regular skipper Virat Kohli's absence, the team management wasn't shy in scrambling the top order, with Prithvi Shaw, Mayank Agarwal, Rohit Sharma and Shubman Gill fighting for the top two spots. Gill eventually trounced out-of-form Shaw to cement his place at the top in last three Tests. While India had decent options in their batting arsenal, the bowling set-up -- the pace force -- went through a fussy period.

The likes of Mohammed Shami, Umesh Yadav, Ravi Ashwin and Jasprit Bumrah got listed on the never-ending injury tally. While Navdeep Saini made his Test debut in Sydney after Umesh's departure, India handed Test caps to Natarajan and Washington Sundar in the final Test. India used 20 players across four Tests -- the most any team has used in an away series in the history of Test cricket. Only two players, Rahane and Cheteshwar Pujara managed to play all four matches of the Border-Gavaskar Trophy.

However, the tour's end, a little heart-racing with Rishabh Pant in the middle, resembled the climax of a best-seller. The Indian team scripted history by breaching The Gabba fortress and registering back-to-back Test series wins in Australia. Gill notched up a brilliant 91 before Pant slammed an unbeaten 89 to steer the visitors across the finishing line. Pujara, who took several blows, provided resistance in the middle with his 211-ball 56. In the end,  Pant smacked it to the long-off boundary for a winning four --  a moment that'll be remembered for generations to come.

In the meantime, the Indian team handing debuts to five players was a rare instance. 25 years ago, during the England tour, India had handed debuts to six players including names like Sourav Ganguly, Rahul Dravid and Venkatesh Prasad. Vikram Rathour, the team's current batting coach, was also a part of this list. During the 2011 West Indies tour, the team management had handed debuts to six players including current skipper Kohli.

Keeping the series results apart, let's look at how all the debutants performed in Australian conditions: 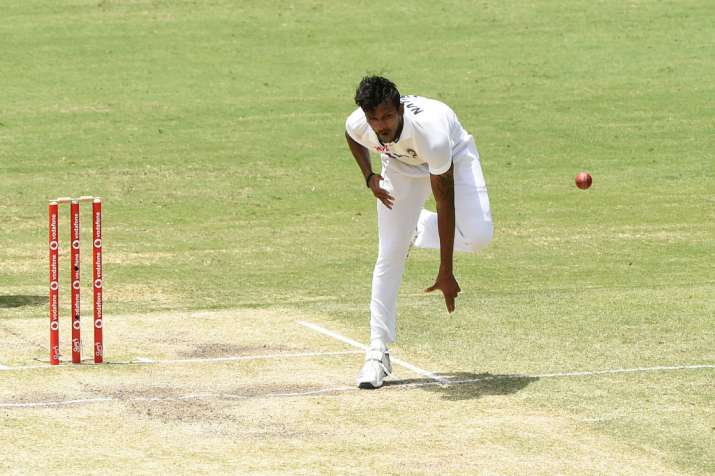 Natarajan's fairytale in Australia started with the third ODI at the Manuka Oval, Canberra. The 29-year-old, who had left a mark with his accuracy and pinpoint yorkers in the UAE, was picked in the playing XI against Australia after the team management decided to shuffle the side for the final game of the three-ODI series. The debut marked the arrival of a left-handed pacer in India's bowling weaponry. Natarajan justified his selection as he picked the wicket of Marnus Labuschagne and conceded only 30 runs in his first six overs.

Natarajan ended IPL 2020 as SRH's second-highest wicket-taker (after Rashid Khan), taking 16 wickets in 16 games and delivering multiple match-winning performances for his franchise. After plying his trade in the Tamil Nadu Premier League, Natarajan was snapped up by Kings XI Punjab (KXIP) in 2017 for Rs 3 crore. However, after playing just six games, he shifted his base to SRH a year later. After a couple of years, the pacer was finally rewarded with a breakthrough season.

His bowling performance earned reviews, with many former players predicting about Natarajan's bright future with the national side. Tom Moody has showered praise on 'defensive bowler' Natarajan's ability to bowl slower balls and yorkers.

“The biggest challenge is coming to terms with the nerves of the big stage of international cricket. He has come from the backwaters of Chennai where he has learnt his craft. As we all know, it’s a terrific story,” Moody told ESPNCricinfo.

Well, the tale wasn't over just yet. Natarajan followed it with a brilliant show in the T20I series where he scalped six wickets in three matches at an economy of 6.91. Being one of the standout performers of the T20I series which India clinched by a 2-1 margin, Natarajan was acknowledged by his teammates too. All-rounder Hardik Pandya handed over his award to Natarajan while skipper Kohli gave him the T20I series trophy. The pacer was seen with both the prizes when the Indian team posed for photos after the T20I series triumph.

Donning the Indian Test jersey was the icing on the cake. Natarajan had an impressive outing at The Gabba, finishing with figures of 3/78 in the first innings. Within a span of just 44 days, the left-arm pacer was able to represent the national side in all three formats -- the first player to do so. His life journey took a completely new turn in a matter of days and exemplary rise in world cricket received praise from all corners. 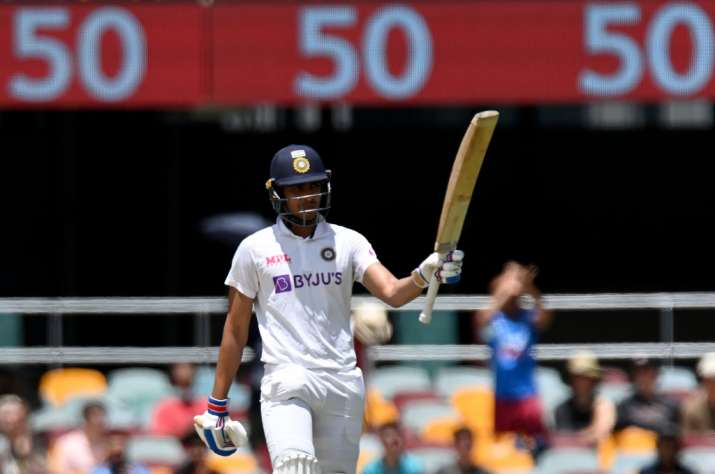 Shubman Gill made his debut in a rather sticky situation. Imagine being slotted at the top after your team has suffered a horror batting collapse in the previous Test. Kohli's men registered their lowest-Test score -- 36 in the 2nd innings -- before suffering an 8-wicket drubbing at the Adelaide Oval. With Kohli heading back home, India were written off. But the Ajinkya Rahane-led side had other plans in Melbourne. India won by eight wickets at the MCG where Gill played knocks of 45 and 35*.

Replacing an out-of-form Prithvi Shaw in the Boxing Day clash, Gill started his red-ball journey with an impressive 45 -- the third-highest score by an Indian debutant in Australia. Gill's defining moment, however, came in the third Test in Sydney. The right-hander notched up a brilliant fifty against an intimidating bowling unit at the SCG. He also became the youngest Indian to post a 50+ score in a Test in Australia. Needless to say, Gill's composure, temperament and textbook batting technique earned rave reviews.

"You could argue @RealShubmanGill is the next big thing in Test Cricket ... My prediction is he is," ex-England skipper Michael Vaughan wrote on Twitter. Former India pacer Ajit Agarkar even said that Gill should've been handed a Test debut two years ago.

"He (Shubman Gill) should have got an opportunity a couple of years back. He just looks ready. You can see obviously he has got the potential," Agarkar told Sony Sports.

In the fourth and final Test at The Gabba, Gill put up a majestic 91, justifying his selection in the traditional format of the game. Adding a century stand with Cheteshwar Pujara, Gill kept India in the game before Rishabh Pant finished things off in style. Being tagged as 'one for the future, Gill arguably was among the standout performers in Australia. He even finished as India's highest run-scorer despite missing the first Test in Adelaide. 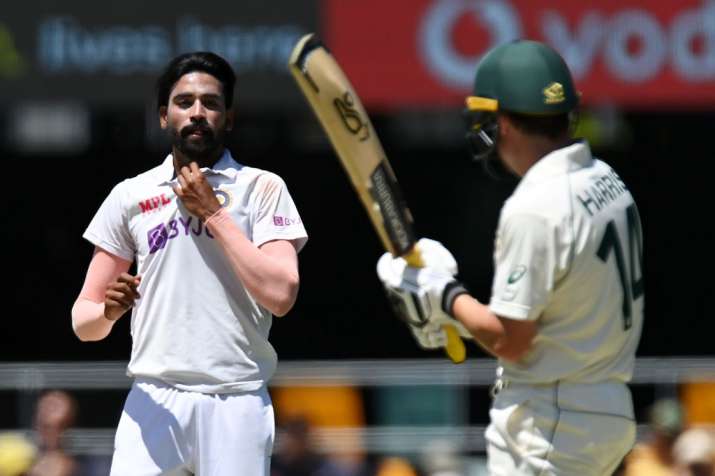 A teary-eyed Mohammed Siraj, remembering his late father when the national anthem was being played ahead of Sydney Test, instantly became the talk of the day. Fans knew what a Test debut meant for Siraj, especially after the demise of his father, an auto driver who supported his son's dreams. Siraj lost his father, days after landing in Australia. He was given an option by the BCCI to travel back home but he chose to stay with the side.

In an interview posted by the BCCI, Siraj said that he wants to fulfil his father's dream of "playing for India and make the nation proud."

After making his Test debut in the second Test of the series in the Boxing Day clash in Melbourne, there was no looking back for Siraj. Not only did he lead the Indian bowling unit in the absence of Jasprit Bumrah but also ended the 2020/21 Border Gavaskar Trophy as India's highest wicket-taker, with 13 scalps in three Tests. Siraj also became the first Indian bowler to take a five-wicket haul in Brisbane since Zaheer Khan, who achieved the feat in 2003.

Overcoming personal loss to spearheading Indian bowling force with the red ball -- it turned out to be a memorable stint in Australia for Siraj. The boy has become a man on this tour, said former India opener Sehwag on the newcomer's bowling exploits in Australian conditions. 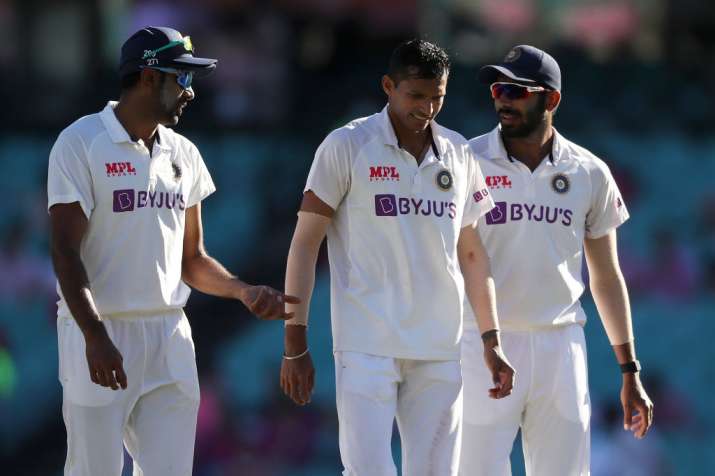 Like Mohammed Siraj and Thangarasu Natarajan, Navdeep Saini also endured a fair share of troubles in his life. Rising from tennis-ball cricket to representing the Indian Test team in Sydney was nothing short of a miracle for Saini. He replaced Umesh Yadav, who injured his calf muscle during the Boxing Day Test.

Saini bagged his maiden Test wicket on debut, sending back Will Pucovski to the pavilion with a delivery that trapped the Victorian plumb in front. He ended up picking four wickets on his Test debut. Saini, however, didn't have a memorable outing at The Gabba. He walked off with a groin strain after bowling just 7.5 overs on the first day of the final Test.

Though Saini didn't have a memorable outing at The Gabba, he was at the non-striker's end when Pant slammed the series-winning boundary -- a moment that the pacer would relish for life. 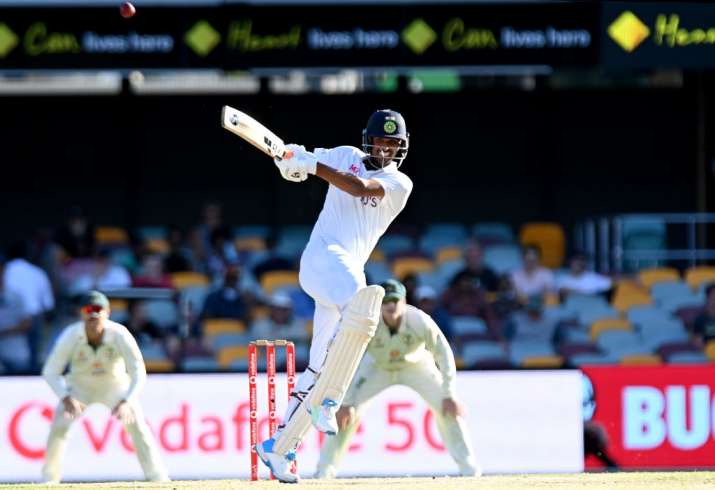 Washington Sundar, in a couple of days, became a household name across India and Australia. Not only did the all-rounder create multiple records on his Test debut, but also played a crucial role in India retaining the Border Gavaskar Trophy.

Sundar was roped into the playing XI for the Brisbane Test after a back injury to R Ashwin. Asked to stay in Australia after the T20I series as a net bowler, a Test debut wasn't in his wildest dreams. However, when given the opportunity, he grabbed it with both hands and put up a brilliant show in both the departments. After picking up a three-wicket haul with the ball, Sundar went on to score maiden Test fifty. He was in the middle when India were in a rather tricky situation after losing first five wickets on just 161.

Along with Shardul Thakur -- playing only his second Test -- Sundar added a 121-run stand for the seventh wicket - the highest seventh-wicket stand by India in a Test match in Brisbane. Sundar ended up scoring 62 which included 7 fours and a six. He also became only the third Indian to score a half-century on Test debut in Australia.

“Some of the shots they played, it was almost as if Virat Kohli and Sachin Tendulkar were batting together, whereas realistically, these are No. 7 and No. 8 batsmen. It was that good,” said cricketer-turned-commentator Sanjay Manjrekar on the duo's batting exploits. Sundar has also been rewarded for his all-round display against Australia. Along with Siraj, the BCCI has also picked Sundar in the 18-man squad for first two Tests against England, slated to start from February 5.