MS Dhoni, who had a Grade A in the previous annual contract list, was not handed a central contract by the BCCI for the 2019-2020 cycle.

Mahendra Singh Dhoni on Thursday was left out of the BCCI's Annual Player Contracts for 2020 and speculations regarding his future once again blew out of proportions. Dhoni, who was in Grade A in the previous contracts list, was completely removed this year with three other names in the form of Dinesh Karthik, Khaleel Ahmed and Ambati Rayudu.

While Dhoni's exclusion came as a surprise to many, the fact of the matter is that it was coming and perhaps well deserved. With Dhoni's last match for India coming on July 10, 2019 and the contracts running from October, 2019 to September, 2020 -- Dhoni's axe is well justified.

Dhoni's last international appearance for India was the World Cup semi-final loss to New Zealand in England and since then, he has made himself unavailable for selection for an indefinite period. During the time, he has missed home and away series against West Indies and home series against South Africa, Bangladesh, Sri Lanka as well as the ongoing three-match ODI assignment versus Australia. The former India captain was also not selected for the five-match T20I series against New Zealand, starting later this month.

With no guarantee of a return and any appearances in between the starting of the contract cycle and date of announcement, including him would have been unjust and the Board of Control for Cricket in India perhaps abided by the law and according to BCCI officials, the World Cup-winning captain was already made award of the decision.

"Let me clarify that one of the top-most BCCI office-bearers spoke to MS and told him about how they are going about in the central contracts. He was clearly told that since he hasn't played any game in the said period (September 2019 till date), he cannot be included for the time being," the official told PTI on conditions of anonymity.

"Let's not get into who spoke. The fact is that a player of his stature needs to be told that he is not being awarded a central contract for the time being and it was done in an appropriate manner," he said.

The official, however, clarified that Dhoni's name can be added to the mix on a pro rata basis if he is selected for India in the future.

"There will be an Asia Cup T20 (likely to be shifted from Pakistan) and if Dhoni plays a certain number of matches, he will be automatically included. It's not like he has been dumped for good. It's just that he doesn't qualify because he has not played," the official said. 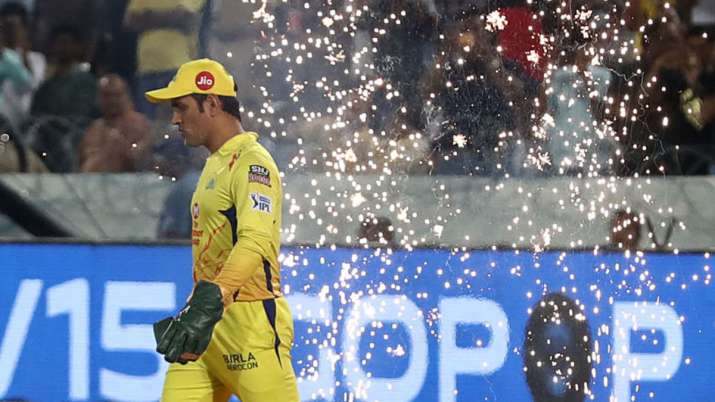 But, it seems highly unlikely that Dhoni will get a game for India again as his India and Chennai Super Kings teammate Harbhajan Singh said that Dhoni has already played his last game for India.

"It is probably the end of the road for MS Dhoni. I heard the World Cup would be his last event for India - after that he won't play for India again. He had made up his mind long back and that is why he has not made himself available," Harbhajan Singh told India Today.

"If Dhoni has a good IPL and is sure he will because he works so hard... I have no doubt he will have a great IPL. As far as I know, he has made up his mind. If he has a good IPL, he will still make himself unavailable. I don't see him making a comeback. Knowing him, he has played his last game for India during the World Cup," Harbhajan added.

With Harbhajan's comments and being devoided of a contract, Dhoni's time for India in limited-overs could finally be up. With him being the only captain to win all three ICC tournaments and being one of the greatest captains and wicket-keeper batsman of his generation, the goodbye might not have been ideal but all good things come to an end and perhaps Thursday's snub was the last nail in the coffin for Dhoni's illustrious career.