Protests against the Citizenship (Amendment) Act have taken the country by storm. Widespread violence was reported from Assam and West Bengal where people are registering their anger over the amended act.

Protests against the Citizenship (Amendment) Act have taken the country by storm. Widespread violence was reported from Assam and West Bengal where people are registering their anger over the amended act. Protests were also held at Delhi's Jantar Mantar. People from all walks of life came out in solidarity with those opposing the new law.

An oil tanker was set ablaze in Assam's Sonitpur district, killing its driver. The empty oil tanker, on its way for refilling petrol from Sipajhar in Udalguri district, was set ablaze by a group of people at Dhekiajuli in Sonitpur. The driver of the tanker was taken to a private nursing home where he succumbed to severe burn injuries on Saturday morning. Meanwhile, AASU, Asom Jatiyatabadi Yuba Chatra Parishad (AJYCP) and 30 other organisations of indigenous people, spearheading the agitation against the Act, held protests in all districts of the Brahmaputra Valley along with senior citizens, students, artists, singers, intellectuals and teachers. The AJYCP blocked tracks at Kamakhya railway station, disrupting train services from Guwahati to other parts of the country. 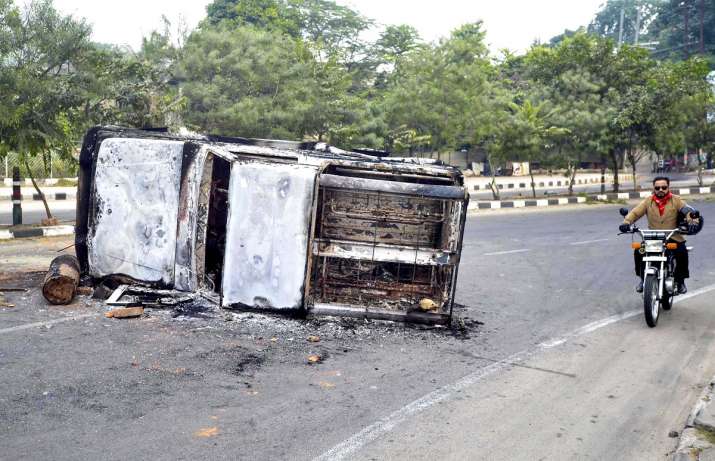 The AJYCP has also given call for a 36-hour 'Gana Anshan' (mass hunger strike) from 6 am on December 16 across the state, while from December 18, they will organise 'Gaon Sabhas' (village meetings) in all village of the state. The AJYCP, which also demands that Assam be brought under the Inner Line Permit (ILP) regime, has also planned 'Gana Samadal' (mass rally) on December 24.

Violent agitations continued to rock parts of West Bengal for second consecutive day on Saturday as people protesting against the amended Citizenship Act set several buses on fire and torched portions of a railway station complex.  Incidents of violence were reported from Murshidabad and North 24 Paraganas districts, and rural Howrah. Angry protestors torched around 15 buses, both public and private, and blocked traffic on the arterial Kona Expressway in Howrah that connect both NH6 (Mumbai Road) and NH2 (Delhi Road) to Kolkata. 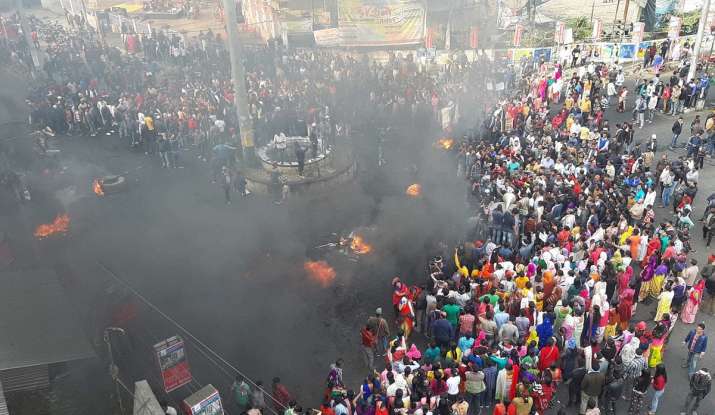 Traffic movement along the expressway came to a standstill. The National Highway 34, one of the main roads that connect north and south Bengal, was blocked in Murshidabad. Buses were also set on fire there. Several other roads in the district were also blocked. In Howarh district's Domjur area, the National Highway 6 was blocked as protestorsr set tyres ablaze and ransacked several vehicles.

Scores of people gathered at Jantar Mantar here on Saturday to protest against the Citizenship (Amendment) Act. People from all walks of life came out in solidarity with those opposing the new law. The Delhi Metro Rail Corporation has closed entry and exit gates at Janpath metro station in view of the protest. 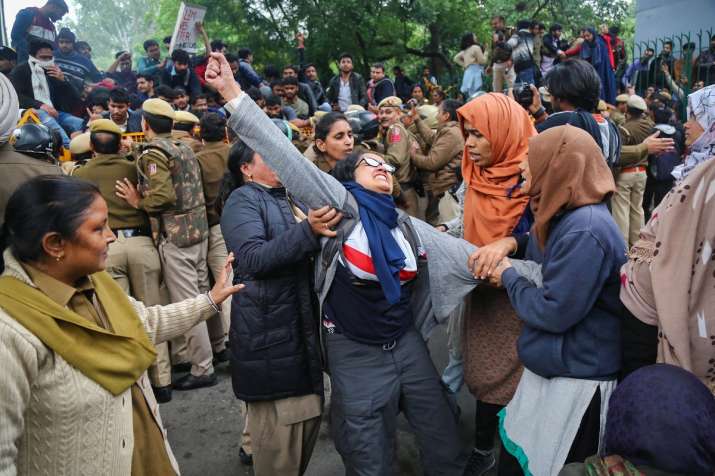