India-China standoff in Ladakh's Pangong Tso and Galwan Valley region will be resolved peacefully and in accordance with the various bilateral agreements that are in place between the two countries, the Ministry of External Affairs has reiterated.

India-China standoff in Ladakh's Pangong Tso and Galwan Valley region will be resolved peacefully and in accordance with the various bilateral agreements that are in place between the two countries, the Ministry of External Affairs has reiterated. This comes in the aftermath of the high-level meeting between the Indian Army's 14 Corps Commander and his Chinese counterpart in the Chushul-Moldo region on June 6.

"It took place in a cordial and positive atmosphere. Both sides agreed to peacefully resolve the situation in the border areas in accordance with various bilateral agreements and keeping in view the agreement between the leaders that peace and tranquility in the India-China border regions is essential for the overall development of bilateral relations," an MEA press release read.

Furthermore, "Both sides also noted that this year marked the 70th anniversary of the establishment of diplomatic relations between the two countries and agreed that an early resolution would contribute to the further development of the relationship."

Indian Army and Chinese PLA have been looking eyeball to eyeball at the Line of Actual Control in Ladakh over border dispute in the last few days. 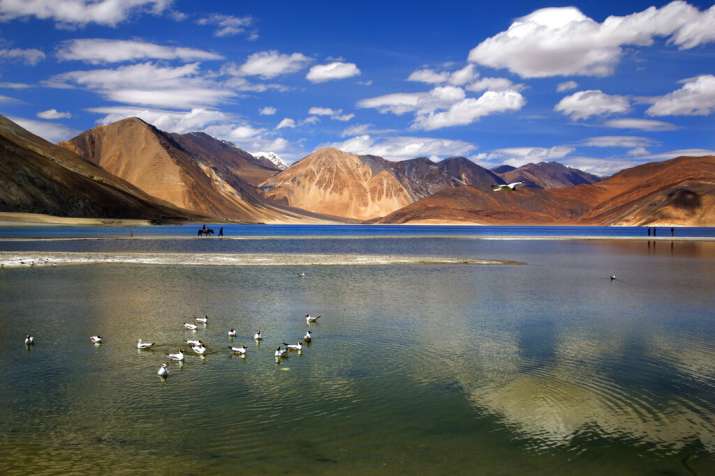 What is the India-China stand-off?

China has sought to downplay the confrontation while saying the two sides were communicating through both their front-line military units and their respective embassies to resolve the issue.

The China-India border dispute covers nearly 3,500 kilometers (2,175 miles) of frontier that the two countries call the Line of Actual Control.

Experts in India cautioned that there was little expectation of any immediate resolution in the military meeting. In the past, most disputes between China and India have been resolved quickly through such meetings, although some required diplomatic intervention.

Lt. Gen. D.S. Hooda, who retired as head of the Indian military’s Northern Command, under which Kashmir and Ladakh fall, said the negotiations are going to be “long and hard.”

Though skirmishes aren’t new along their long-disputed frontier, the standoff at Ladakh’s Galwan Valley, where India is building a strategic road connecting the region to an airstrip close to China, has escalated in recent weeks.

The Chinese “ingress into the Galwan River valley opens up a new and worrying chapter,” Ajai Shukla, a former Indian military officer and a defense commentator, wrote on his website.