India will be witness to yet another year of celebration of its independence. Today is the 74th Independence Day and the countrymen are ready to rejoice to the fullest even in the face of the coronavirus pandemic.

India will be witness to yet another year of celebration of its independence. Today is the 74th Independence Day and the countrymen are ready to rejoice to the fullest even in the face of the coronavirus pandemic. Multiple celebrations across the country will be held with social distancing norms, especially at the Red Fort, from where Prime Minister Narendra Modi will address the nation.

It will be for the seventh time when Modi will address the nation from the ramparts of Red Fort on I-Day celebrations. It will be his second speech of the second term in office. Around 4,000 security personnel will be deployed at the Mughal-era structure. Over 350 Delhi Police personnel, who will be part of the guard of honour, have been quarantined as a precautionary measure. The event will consist of a guard of honour by the armed forces and the Delhi Police to the prime minister, unfurling of the national flag and firing of the 21-gun salute, the prime minister's address, singing of the national anthem immediately after his speech and release of tricoloured balloons. 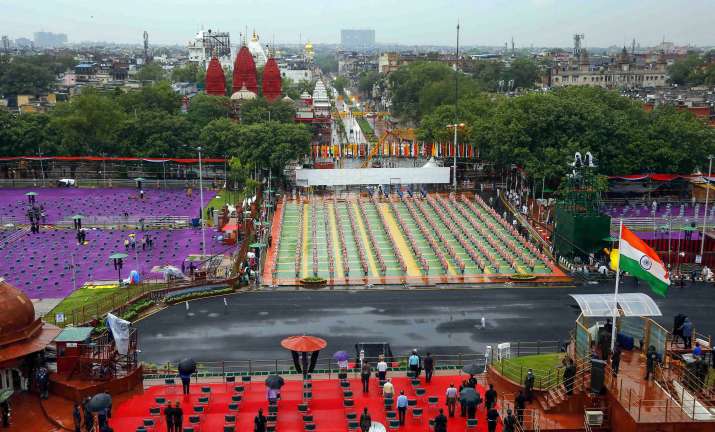 Security tightened across the country; agencies on high alert

Multi-layered security arrangements have been made and strict vigil at the border areas. Agencies like NSG, SPG, ITBP have been put on high alert. Policemen in civil dress would also be deployed at strategic locations across the national capital with extra focus in and around Red Fort. While over 45,000 security personnel will be guarding the city on Independence Day, more than 2,000 snipers will be deputed at specific locations on high-rises in around 5 km periphery of the Red Fort. At least 20 teams of dog squad of the Crime Branch and several others from every district have been deployed to sniff out any trouble in the capital on Independence Day. Bomb disposal squads have also been put on alert and would be strategically placed in ad around Red Fort. 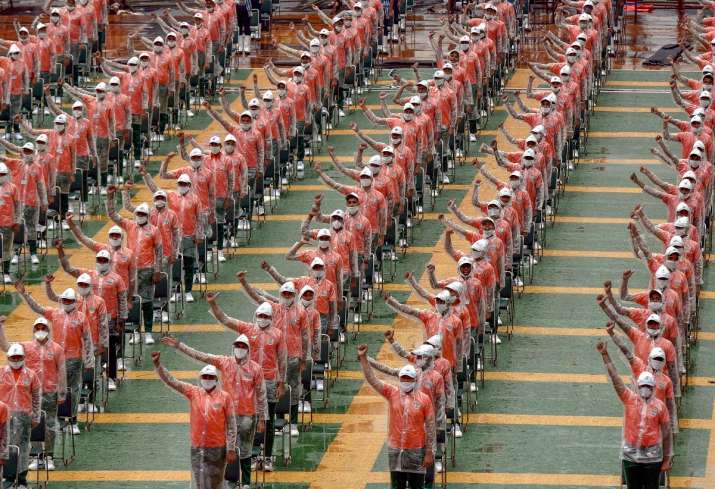