Sushma Swaraj tied the know to her college love Swaraj Kaushik on 13 July, 1975. The two met during college when they were studying law together and fell in love.

Former External Affairs Minister and BJP Leader Sushma Swaraj breathed her last on Tuesday night. She was rushed to the hospital after she suffered from massive cardiac arrest but couldn’t fight for her life for long. While the whole nation is still recovering from the news of her sudden demise, her husband Swaraj Kaushal is the one most affected by the news. Sushma and Swaraj shared heartwarming chemistry and were each other’s support in every thick and thin. Even though they didn’t share the same ideologies, they were one unit when it came to their relationship.

Sushma Swaraj was the only politician who would decorate herself with new clothes and jewellery on every karwachauth and teej and would celebrate the festivals with her husband with full enthusiasm. In 2016, the BJP leader took to her twitter to share a beautiful picture with husband Swaraj Kaushik on the occasion of their wedding anniversary. The picture was taken from their wedding album and they looked made for each other. Have a look- 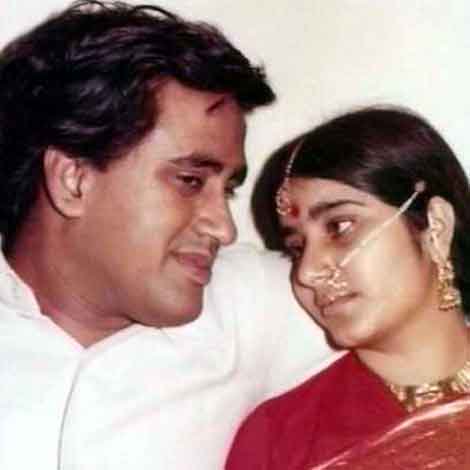 Sushma Swaraj tied the know to her college love Swaraj Kaushik on 13 July, 1975. The two met during college when they were studying law together and fell in love. They were not just man and wife but also each other’s best friends which kept the magic in their relationship retain its spark even after many years of marriage. In 1984, the couple was blessed with a baby girl whom they named Bansuri. She is also a lawyer now. 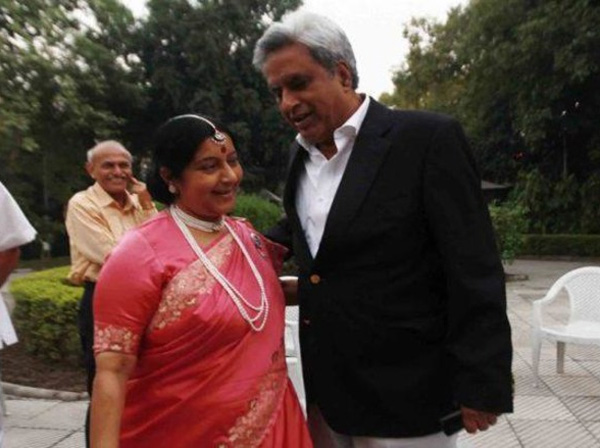