Katrina Kaif is said to have both -- a white wedding and a traditional Hindu wedding ceremony -- with Vicky Kaushal on Dec 9. While there is a strict no phone and photograph policy at the couple's wedding, here are 5 onscreen bridal looks of the actress that impressed one and all.

Katrina Kaif has made sure that her wedding and pre-wedding festivities are kept secret. With just a day away from Vicky Kaushal and Katrina Kaif's wedding, we hardly know what she's wearing, how she's prepared her wedding attire and what are her sartorial choices for the bridal look. However, given that Katrina ahs spent over two decades in Bollywood, the actress has given us a sneak peek into her bridal avatar. As fans impatiently wait for the VicKat wedding pictures, here are 5 onscreen bridal look of the actress that we absolutely adore!

For the Salman Khan starrer Katrina Kaif wore a beautiful white gown. She kept the look simple, much like the actress prefers in her real life. With nude makeup, the actress tied her hair in a lose bun and looked every inch gorgeous. 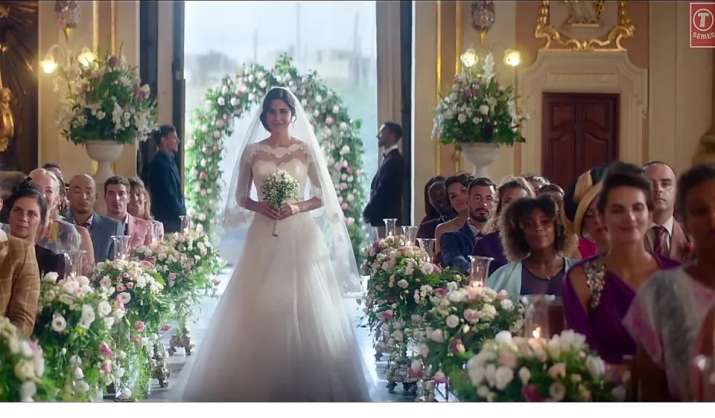 Katrina had a traditional Indian bridal look for her latest film Sooryavanshi. A fan of pastels, Katrina looked mesmerizing in the bridal lehenga. We got a brief glimpse of her outfit in the song, Mere Yaaraa in which she is seen wearing, a light blue coloured embroidered lehenga. 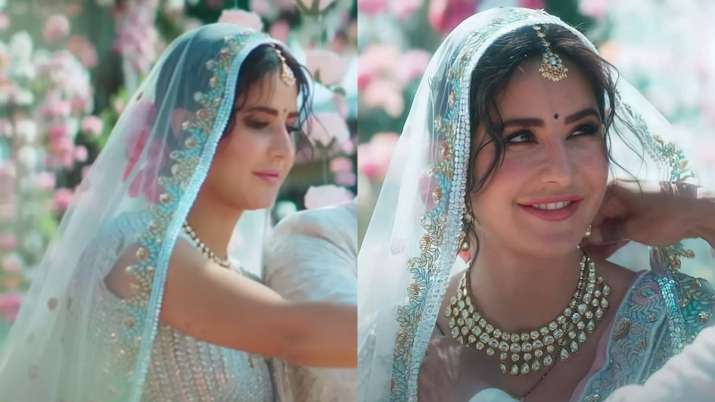 Katrina and Sidharth Malhotra starrer is a film where all her looks can be bookmarked by the brides-to-be. Wearing 'kala chashma' over an heavily embellished lehenga in 2016 is a trend that brides continue to follow in 2021. Katrina walking down the aisle wearing cool sunnies with her siblings is a sight that's absolutely imaginable. 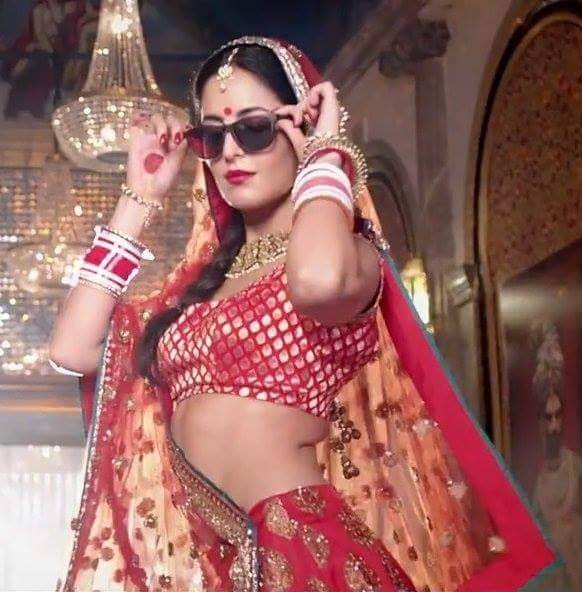 Katrina is said to tie the knot with Vicky Kaushal with both a white wedding and a traditional hindu ceremony. The actress gave a glimpse of it in her film Namastey London. With a simple white and an innocent expression, Katrina won everyone's hearts. Her orange lehenga too gave her fans some serious fashion goals. 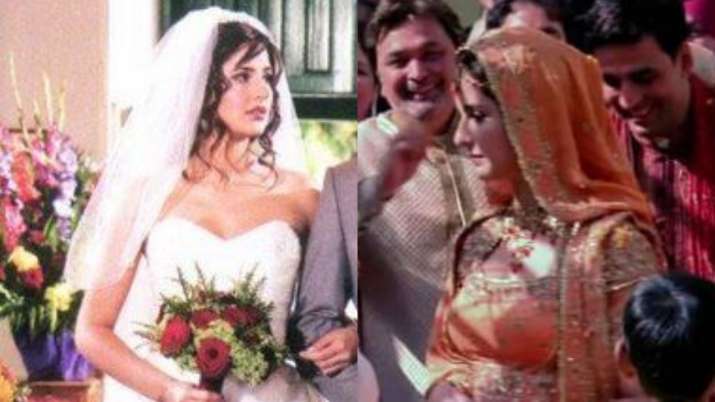 Katrina was the quirky, adorable and beautiful Sonia Singh in Singh is King. She won millions of hearts in a fish cut lehenga she worn for a wedding sequence in the 2008 movie. The actress looked every inch beautiful in a magenta-pink, green with a contrasting choli. 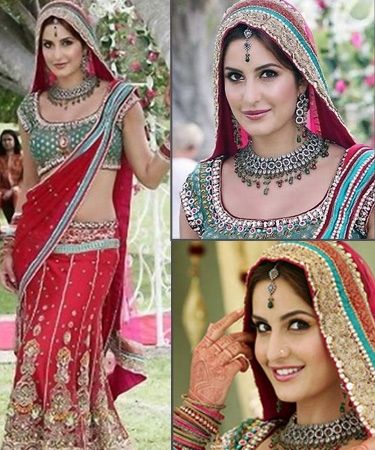