Donald Trump's India visit: Here's what United States president will bring along with him

US President Donald Trump will touch down Ahmedabad on February 24 for a two-day India visit where he will meet Prime Minister Narendra Modi and India Inc biggies like Mukesh Ambani, N Chandrasekaran, Sunil Bharti Mittal and Anand Mahindra among others. Here we take a look at the convoy and security bandwagon that POTUS will bring with him to India. 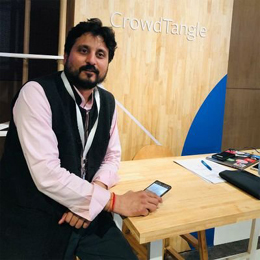 The United States President Donald Trump is all set to embark on his first India visit when his Air Force One lands in Ahmedabad on February 24. Ahead of Trump visit, a US military aircraft has already landed in Ahmedabad as part of the security operation involved with United States president's visit. During his two-day visit, the US President Donald Trump will meet Prime Minister Narendra Modi and India Inc biggies like Mukesh Ambani, N Chandrasekaran, Sunil Bharti Mittal and Anand Mahindra among others. Here we take a look at the convoy and security bandwagon that POTUS will bring with him to India.

Needless to say that Trump's security is a costly affair considering the threat perception and strict security protocol. Here's a look at what Trump will bring along with him:

The aircraft is enabled with technology that can protect against an electromagnetic pulse. Air Force One is equipped with advanced secure communications equipment, allowing the aircraft to function as a mobile command centre in the event of an attack on the United States.

Air Force One has 4,000 square feet of floor space on three levels which has a highly functional office for President. The aircraft also has a medical suite that can turn into an operation theatre in case of a medical emergency during the flight.

It would be interesting to see if President Trump goes for a 22-km roadshow in Ahmedabad on his limousine - widely known as the Beast.

The US presidential motorcade includes two limousines (identical) and other security and communications vehicles. The cavalcade is transported ahead of the president visit in a United States Air Force transport aircraft.

The President travels in a limo called Cadillac One - the cost of which is approx $ 1.5 million. The black beauty weighs  20,000 lbs and is called The Beast.

The Beast came into service during Barack Obama's inauguration.

The Beast is equipped to withstand any terror attack and also has essential medical supplies onboard including a fridge full of president's blood type. Needless to say, the idea is to be ready to withstand any sort of attack against the POTUS. 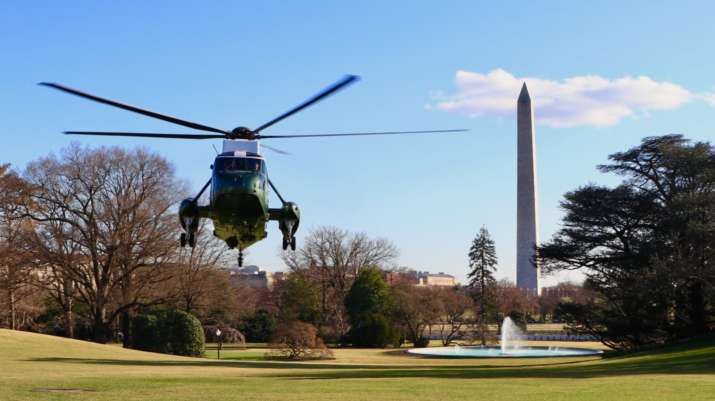 Like the Air Force One and The Beast, Marine One is also designed to be battle-ready with an anti-missile defence system. Over a period of time, these majestic helicopters have seen upgrades based on the need of the POTUS.

Marine One flies in a group with decoy helicopters, sometimes as many as five. One helicopter carries the President, while the others serve as decoys. Upon take-off, these helicopters begin to shift information to obscure the location of the President.

Preparations for Trump's visit is already in full swing. On his first day in Ahemdabad, Trump will be visiting Mahatma Gandhi's Sabarmati Ashram after which he will take part in a 22-km-long roadshow with Prime Minister Narendra Modi.

The two leaders will then visit the newly-prepared Motera Cricket Stadium in Ahmedabad. Trump will be addressing more than a lakh at the Motera. Cricket superstars like Sunil Gavaskar, Kapil Dev among others have been invited for the Trump speech in Motera.

One day two of his visit, President Trump is scheduled to meet top names of India Inc in New Delhi. A CEO's round-table will be organised to facilitate a meeting between the US President and corporate honchos in the national capital.

The United States President is also scheduled to visit Agra for a glimpse of the historic Taj Mahal.

Also Read: Trump says he is No 1 on Facebook, PM Modi is 2nd. Fact check, he is NOT

Also Read: Trump tweets 'going to India' and something about who is no. 1 on Facebook