Neha Kakkar hints at getting married to Aditya Narayan. Here's what their combined net worth will be

Are Neha Kakkar and Aditya Narayan really getting married on February 14? Find out what will their combined net worth after marriage.

It's the second time when Bollywood singer Neha Kakkar is in the supreme limelight because of her alleged wedding with Indian Idol 11 host Aditya Narayan. Previously, the time when she made headlines for her personal life was during her breakup with Yaariyan actor Himansh Kohli which happened in December 2018. Coming back to the wedding, it all sprouted when singer Udit Narayan appeared on the singing reality show and gave a nod for their union later which Neha's parents too appeared in the scene and gave their blessings. Well now, it seems as if things are getting pretty serious between the two as they have shared a new post on social media where they have indirectly announced that their hearts have matched.

The wedding date which was set up by the parents of the two celebrities as 14th February 2020--Valentine's Day and that too we think that they've taken seriously, as suggested by their Instagram posts. Both of them shared pictures of half hearts made from their hand. Neha captioned it as "#4th Feb" while Aditya wrote, "A part of my heart." Check it out:

It's happening or not is still not sure but their fans would definitely see them together as we have seen them linked up a lot of times. Not only this, but even Aditya also tries to woo the lady during the show. Meanwhile, check out the fun episode with the parents here:

ALSO READ: Supermodel of the Year: Milind Soman and Ujjwala Raut’s photoshoot is every bit steamy 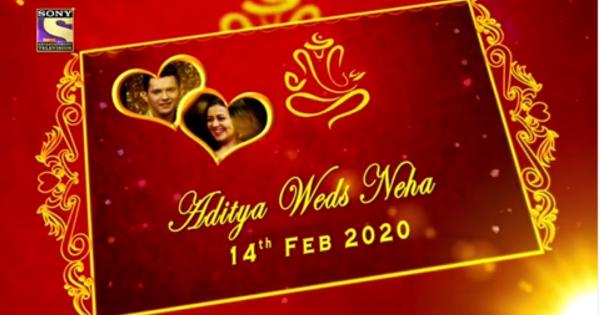 If they two, in reality, tie the knot, then their net worth will surely surprise you. Talking about Neha, she is one of the biggest names of the industry and charges ₹ 8-10 Lakhs per song in a movie while for a hour-long performance, she takes Rs 20-25 lakhs. A report in CA Knowledge.com states that her net worth as of 2020 is ₹ 24.75 Crores. While for Aditya Narayan, it is ₹ 7.10 Crores for the year 2020. If they get married, then collectively their net worth will be Rs 31. 85 Crores.  However, IndiaTV does not give any confirmation on the same.

Talking to NBT, Udit Narayan said, "Neha Kakkar is a very sweet girl. She sings very beautifully. I like Neha very much. Not only just me, but people also like her. I really like her and she has made a name for herself in the industry. I also keep listening to her songs."

Talking about the singer's previous relationship, she was dating Yaaryiaan actor Himansh Kohli but the duo broke up in December 2018 by removing all the PDA pictures from their social media handle. Later, Neha was seen breaking down on the sets of various reality and Live shows.

ALSO READ: Bigg Boss 13: Has Mahesh Bhatt finalized Asim Riaz opposite Sunny Leone in his next?

We are definitely waiting for the day or the announcement to come!