On Thursday (November 18), Kareena Kapoor Khan took to Instagram and shared a string of pictures featuring her 'chands (moons)' i.e, Taimur, Saif Ali Khan and Jeh. The actress will next be seen in 'Laal Singh Chaddha' opposite Aamir Khan.

Bollywood actress Kareena Kapoor is currently having the time of her life with her husband Saif Ali Khan and kids Taimur Ali Khan and Jehangir Ali Khan at the Pataudi Palace. The actress keeps her fans and followers updated with what's happening in her life. On Thursday (November 18), she took to Instagram and shared a string of pictures featuring her 'chands (moons)'.

The first picture in her ‘chand’ series was a picture of the moon between a few layers of clouds. It was then followed by a picture of Kareena and Taimur Ali Khan. In the picture, Kareena was glowing in the moonlight with her hair left loose while Taimur had a goofy expression with a lollipop in his mouth. “With my chand 1 (heart-eyes emoji),” Kareena captioned the picture. 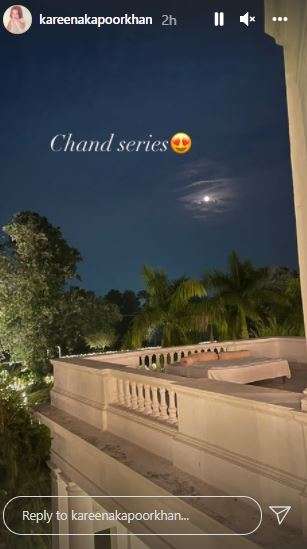 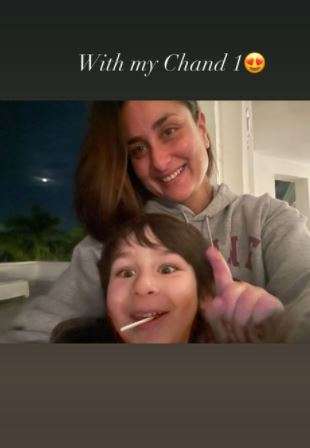 The third picture shared by her was with Saif Ali Khan. He was seen in a white kurta while the Pataudi Palace and the moon in the sky as their backdrop. Kareena shared the picture with the caption, "And the best for the last (heart-eyes emoji)." 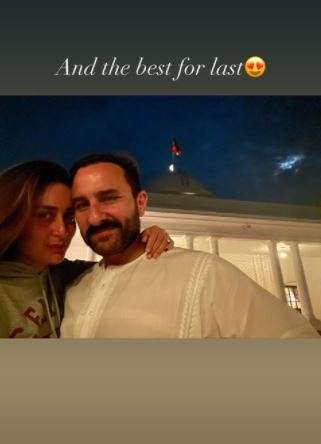 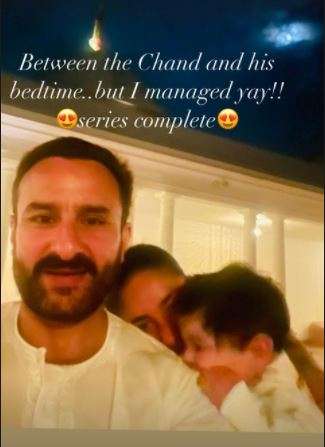 Meanwhile, on the professional front, Kareena Kapoor will be next seen in 'Laal Singh Chaddha' opposite Aamir Khan. The film is the official remake of Tom Hanks' Hollywood blockbuster "Forrest Gump", marks the two Bollywood stars' third collaboration after "3 Idiots" (2009) and "Talaash" (2012). The film is scheduled to release in 2022.