Chunky Panday reacts to daughter Ananya getting trolled: Want to tell her stop taking my name

When asked to react on Ananya Panday's controversy, Chunky Panday confessed that he should tell his daughter to stop taking his name in conversations.

Bollywood actor Chunky Panday has earned a special place in the hearts of the audience with his comic timing and hilarious one-liners in Bollywood films. Now, his daughter Ananya Panday has followed suit and making her dad’s name proud with her performances on the big screen. However, the star kid often gets trolled for her statements especially when she brings out father Chunky’s name. When asked to react on the same, the Saaho actor confessed that he should tell his daughter to stop taking his name in conversations.

Ananya Panday recently became the topic of discussion when she equated struggle in Bollywood with that of not appearing on Karan Johar’s chat show Koffee With Karan. She said that she is proud of being Chunky Panday’s daughter as he struggled a lot to be where he is. She added that her father had his own tough journey and didn’t even appear on Koffee with Karan. Her statement earned her much attention on Twitter as netizens trolled her left, right and center. Talking about the same to Mumbai Mirror, Chunky said, “The two times she really got trolled was when she called me Tony Stark and the second was this episode. I want to tell her to stop taking my name.” 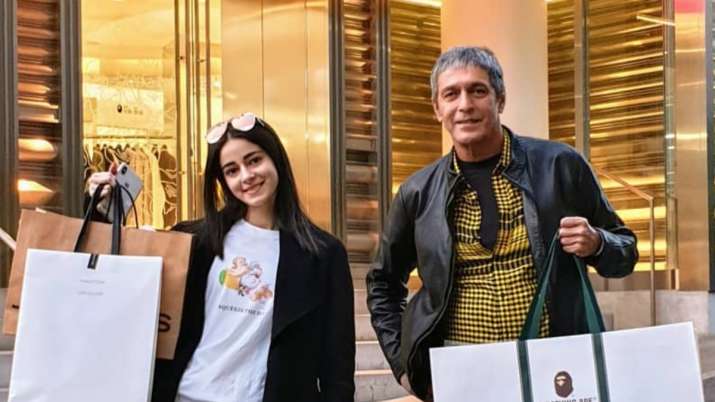 Chunky will be next seen in Saif Ali Khan’s Jawaani Jaaneman in which he is playing the owner of the nightclub where Saif regularly visits. Throwing light on his character, he revealed that it was a difficult role for him as he had to “to play a 50-something man pretending to be a 25-year-old”.

Further commenting on his camaraderie with Said, chunky said that the two had a blast while shooting for Jawaani Jaaneman. He added, “Saif and I are like a house on fire on the sets. It was better with this film as I play the owner of a nightclub that his character frequents. The shoot was crazy. The only problem was that the crowd and the alcohol weren’t real.”