Kartik Aaryan was spotted enjoying roadside Chinese food on his way home from the sets of Bigg Boss 15, where he visited to promote his new film 'Dhamaka.' Well, what caught our attention is, Kartik keeps the food on his Lamborghini's bonnet as he eats along with a friend.

After his appearance on the reality show Bigg Boss 15, Bollywood actor Kartik Aaryan stopped by a Chinese fast food van and gorged on some of the fare on offer on his Lamborghini's bonnet. Kartik visited the sets of Salman Khan's hosted show for the promotion of his upcoming film, Dhamaka. As he enjoyed the Chinese food, Kartik's luxury car is seen parked beside the food van. He keeps the ordered food on his car's bonnet as he eats along with a friend. For his casual outing, the actor opted for a denim look. 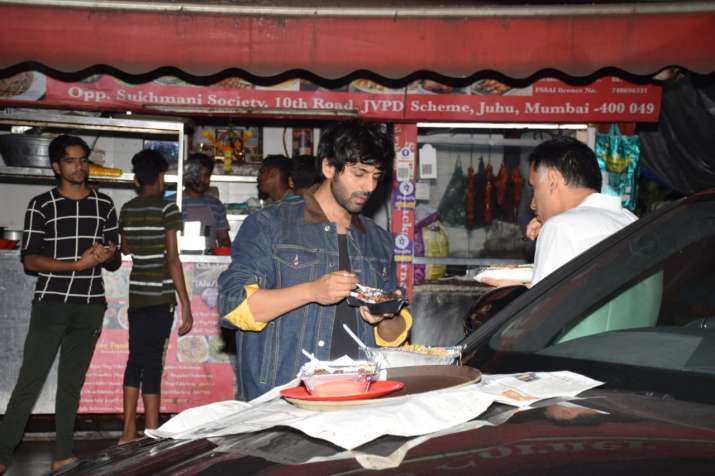 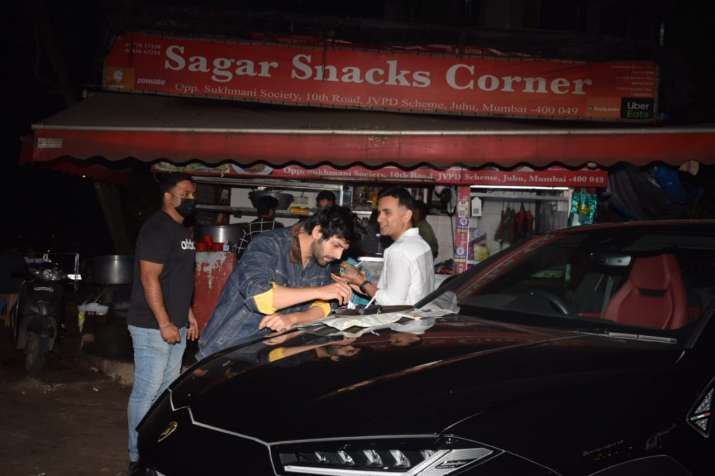 Hours before this, Kartik Aaryan had joined Salman on Bigg Boss 15's Weekend Ka Vaar episode. Salman and Kartik had a fun time with each other while discussing the latter's role as a journalist in 'Dhamaka'. During a rapid-fire round on the show, Salman asked Kartik, "Agar mein actor nahi hota toh kya hota, koi option nahi." To this, Kartik humorously replied by saying, "Sir agar aap actor nahi hote, toh hum kya karte?"

Kartik will be seen playing a television journalist in 'Dhamaka', directed by Ram Madhavani. The intense action thriller follows the story of TV anchor Arjun Pathak, who finds himself sinking in the quicksand of deceit, loss and trepidation after he is contacted by a terrorist who issues a threat to an entire city. The film also stars Mrunal Thakur and Amruta Subhash. It is set to premiere on Netflix on November 19.

Apart from 'Dhamaka', Kartik has a number of projects across different genres in the pipeline. These include 'Bhool Bhulaiyaa 2', 'Shehzada', 'Captain India' and 'Freddy.'

Also Read: Bigg Boss 15: Kartik Aaryan would like to be signed by 'Salman Khan the director'