Bollywood stars vote in Lok Sabha Elections LIVE updates: Priyanka Chopra, Rekha, Waheeda Rehman, Urmila Matondkar were among the early Bollywood celebs who cast their vote in the fourth phase of Lok Sabha Election 2019. After casting the vote, PeeCee took to her Instagram to reveal that she has completed her responsibility as a responsible citizen. She shared a picture to her finger with the black mark and captioned it as, "This is the moment that matters.... Every vote is a voice that counts." Bollywood celebs like Salman Khan, Ranveer Singh, Hrithik Roshan, Varun Dhawan, Emraan Hashmi, Kareena Kapoor Khan, Gulzar, and others have also cast their vote. Salman Khan took to his social media to encourage his fans to go and vote. He shared a picture and wrote, "I have voted.... have u?" 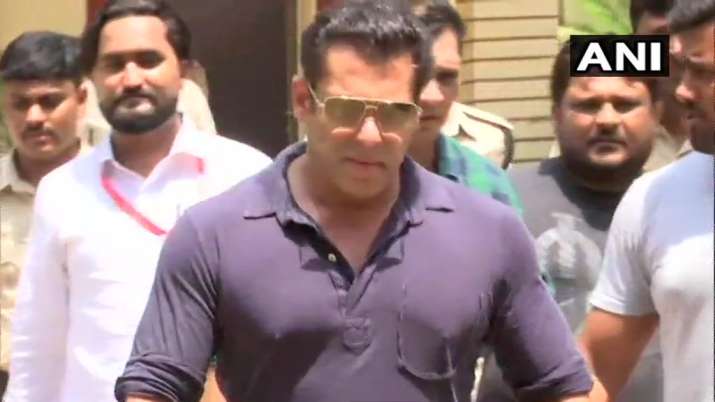 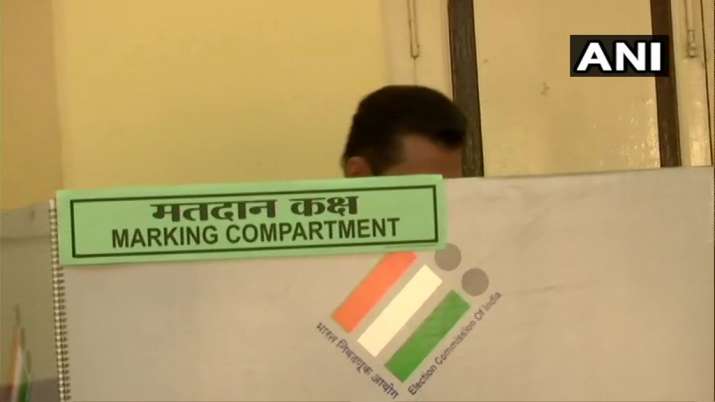 Bollywood superstar Amitabh Bachchan arrived with his son and Daughter in law Abhishek and Aishwarya Rai Bachchan to cast their vote. the terrific trio looked amazing in colour coordinated outfits.

"Voting is our right, let's use it wisely! The future of our country is in our hands. Let's do our duty and #VoteForIndia", said Madhuri Dixit.

Bollywood actor Ajay Devgn arrived with wife Kajol and son Yug to cast his vote. On the other hand, Bollywood diva Madhuri Dixit was also all smiles after she fulfilled her responsibility. 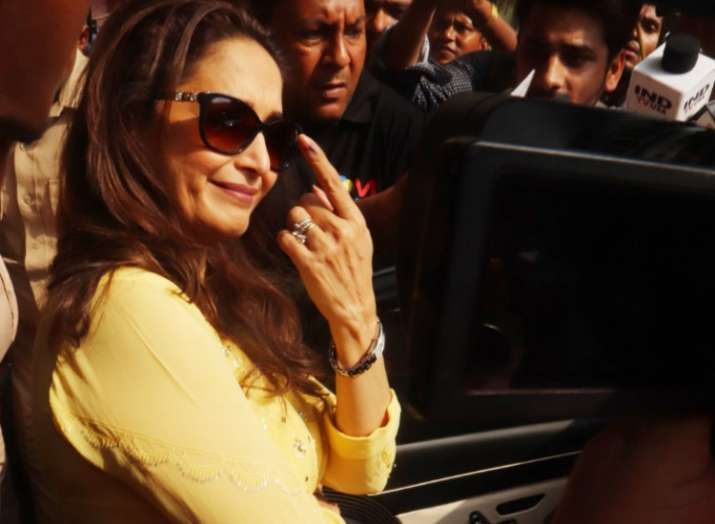 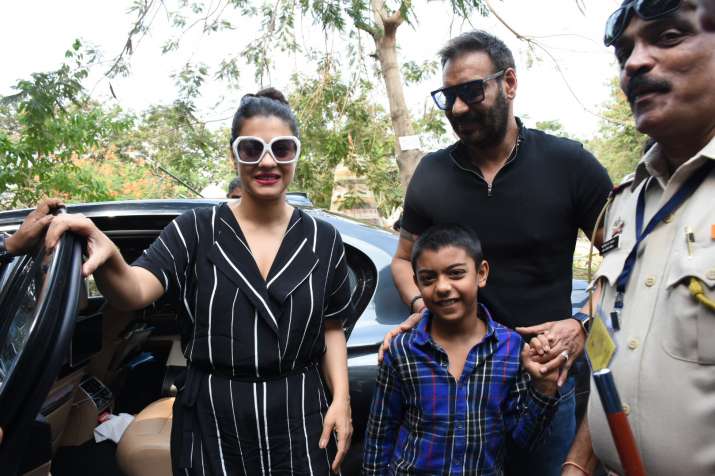 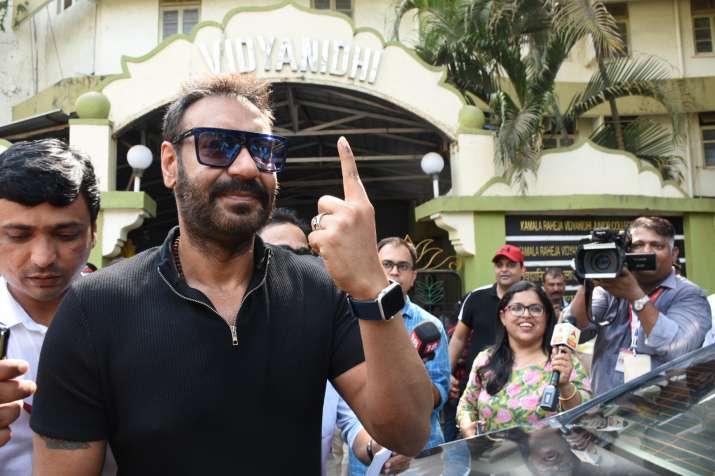 Tiger Shroff too didn't back out from his responsibility as a citizen. He also arrived to cast his vote in Mumbai. The actor is currently busy promoting his upcoming film Student of the Year 2. The film marks the debut of Tara Sutaria and Ananya Panday. It will hit the screens on May 10th this year. Bollywood lyricist Javed Akhtar arrived with wife Shabana Azmi to cast their vote. On the other hand, Hema Malini was accompanied by her daughters Isha and Ahana Deol 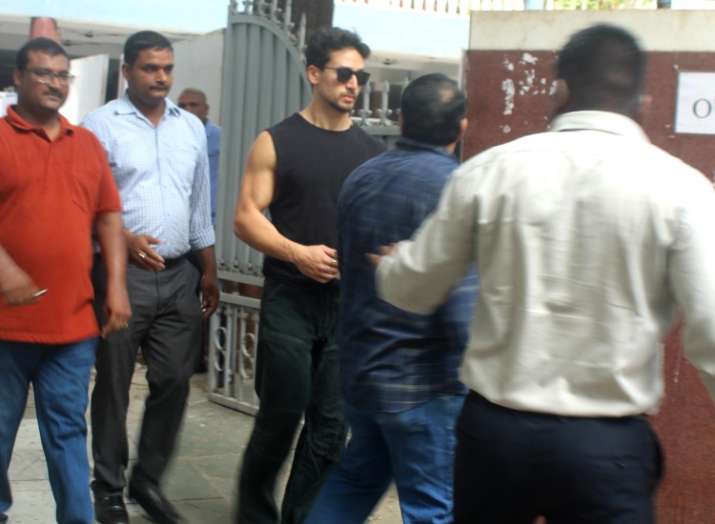 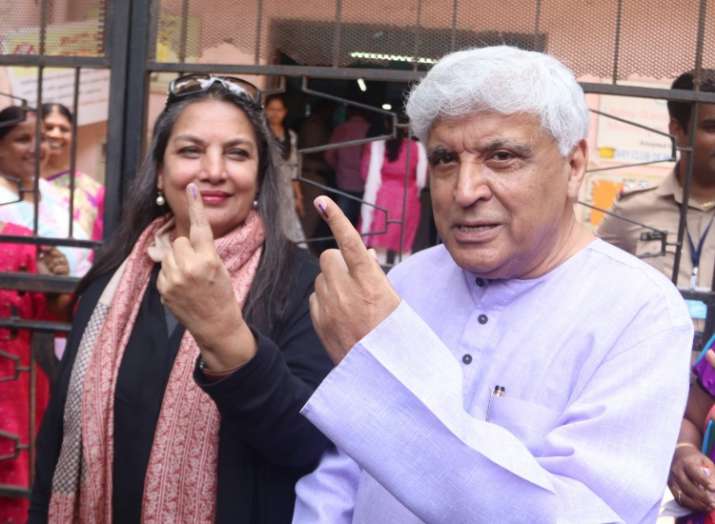 Dia Mirza and Zoya Akhtar were also in attendance to cast their vote in the fourth phase of Lok Sabha Elections 2019. Actor and politician Ravi Kishan, who is the Bharatiya Janata Party MP candidate from Uttar Pradesh's Gorakhhpur seat, cast his vote in Goregaon. Veteran actor and politician Paresh Rawal, along with his wife Swaroop Sampat, voted at the Jamna Bai School in Vile Parle. 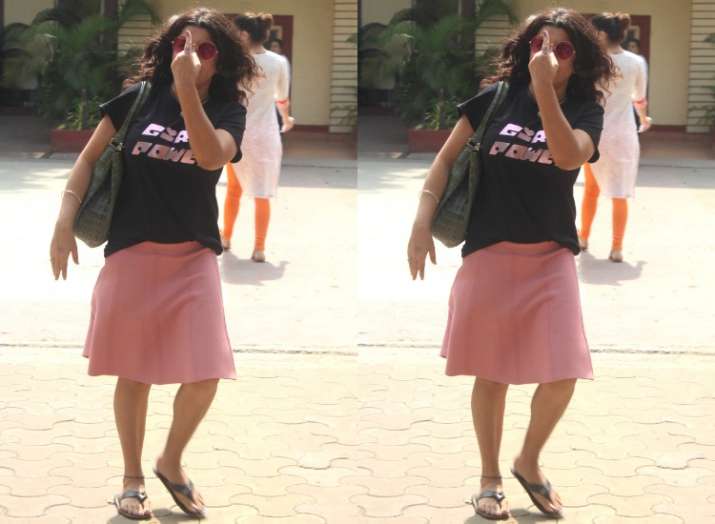 Urmila Matondkar and Rekha also arrived to cast their vote early in the morning. Urmila was all smiles as she cast her vote. On the other hand, Rekha decided for an all-white look to cast her vote. Check out their pictures and videos here- Mumbai accounts for 1% of India’s population according to Census 2011. The city’s two landmarks, Bombay Stock Exchange (BSE) and the National Stock Exchange (NSE), will remain shut as the city goes to the polls during the fourth phase of the Indian general election 2019.

Bollywood actor Rahul Bose also "returned from a shooting in Hyerabad" to cast his vote. He posted his p[icture on Twitter after casting his vote and said, "Have you? Returned from shooting in Hyderabad to do this. Catching a flight out in two hours." Voting is underway for the 17 Lok Sabha constituencies in Maharashtra. Check out the video here-