Amitabh Bachchan has shared some pictures with Ranbir Kapoor from the sets of Brahmastra revealing how he has been keeping up with 'enormous talent' Ranbir Kapoor while shooting for the Ayan Mukerji directed film.

Megastar Amitabh Bachchan, who was last seen in Badla, is gearing up for his next Bollywood offering Brahmastra, which also stars lovebirds Ranbir Kapoor and Alia Bhatt in pivotal roles. Big B has been bonding with his co-stars and keeps sharing pictures from the sets leaving us all the more excited. Today, Amitabh Bachchan has shared some pictures with Ranbir Kapoor from the sets of Brahmastra revealing how he has been keeping up with 'enormous talent' Ranbir Kapoor while shooting for the Ayan Mukerji directed film.

Taking to Twitter, the 77-year-old actor shared the pictures and wrote, "work starts early .. like 6 am .. rehearsing, blocking and then shooting it .. with one of my favourites Red heartThumbs up.. I need 4 of thoseChairs to keep up with his enormous talent".

Earlier, Amitabh Bachahan thanked Ranbir Kapoor for giving him the "elixir of LIFE".

Big B also talked about Brahmastra in his blog and said, "The night still works. The rain doth excuse itself, the winds they express presence .. the slush envelopes the mandatory 'dry day' and the work for the nights nears its end well almost.... This is ‘Brahmastra' after all. It is a universe by itself, for itself, of itself with a mere minor change. It is eventually for us all this be its finalityIf the massive giant equipments be any proof on the making of the film in its largeness be assured and convinced". 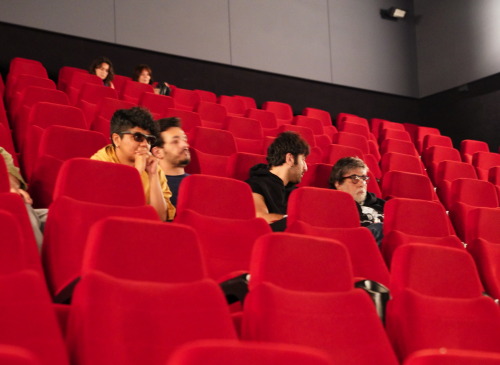 Amitabh Bachchan also shared some pictures with the Barfi actor and Karan Johar along with the blog. 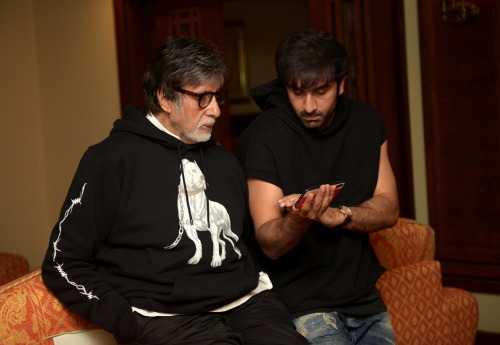 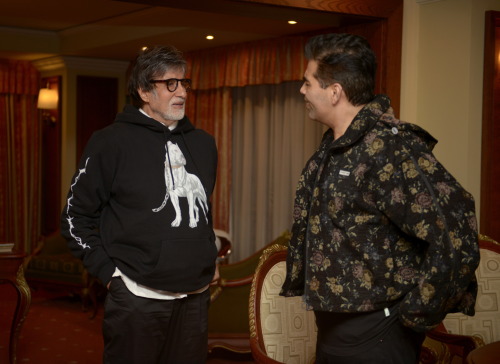