Sridevi's family body, wrapped in the national flag and placed in a glass casket, was brought to the crematorium in Vile Parle from Celebration Club near her home in Lokhandwala.

Bollywood actress Sridevi has been cremated with state honours. She took her last journey along with family members Boney Kapoor, Arjun Kapoor, Janhvi Kapoor and Khushi Kapoor from Celebration Club in Lokhandwala to Vile Parle Crematorium. Husband Boney Kapoor, along with daughters Jahnvi and Khushi, lit the pyre.

The body of late actress Sridevi arrived India on Tuesday at her residence in Green Acres, Lokhandwala in a convoy. The Bollywood diva who mesmerised her fans with films like Mr.India, Sadma, Chandni, Lamhe and Chaalbaaz, among others, passed away on February 24 in Dubai. Sridevi, 54, who was in Dubai to attend a family wedding, was found unconscious in a bathtub in her hotel apartment by her film-maker husband Boney Kapoor on Saturday evening.

A day after her death, Dubai Police on Monday said Sridevi died of accidental drowning in her hotel bathtub after losing consciousness. The mortal remains of the actress were brought back to India late on Tuesday night on a chartered flight. Hundreds of fans from all across the nation had gathered outside Sridevi’s 'Green Acres' residence in Lokhandwala to get a glimpse of their favourite actor. When asked about her sudden demise, the fans said, “Sridevi will always remain in their heart and her acting will be remembered for a lifetime.’’

The security arrangements was beefed up both on the way and outside Celebration Club in Lokhandwala. Sridevi’s funeral was carried out on Wednesday in Vile Parle’s Seva Samaj crematorium. Members of the film fraternity paid their last respects to the actor in Lokhandwala on Wednesday.

A joint statement got released from Sridevi's family including Kapoor, Ayyappan and Marwah family:

The past few days have been trying times for us as a family. Today, particularly, has been one of the hardest. We laid to rest a beautiful soul who has gone too soon.

She leaves behind a legacy that is unique. Her talent was undeniable, her beauty unmatched and her ability to connect with the audience was legendary. Sri had the same connect with her family as well.

The one thing that helped us all get through these last few days, was the amazing amount of love and support from everyone — be it her many colleagues, to her innumerable fans, her caring friends and loving family, from across the country and the world.

This outpouring of love is the memory that we would like Khushi and Janhvi to have of their mother… a woman who was loved unquestionably by everyone.

Let us all who loved Sri, envelope her two little ones, her life, as she often called them, with as much or more love than we gave Sri so that they can live their lives ahead with a little less ache in their hearts.

Let us help them remember their mother fondly, with that beloved twinkle in her eyes, and help them build a life and be what Sri had dreamt for them.

To the members of the media, we ask that you respect the privacy of the family and allow us the space to grieve. Sri lived her life with dignity and we implore, that you give her the same respect.

Boney Kapoor lit the pyre of late wife Sridevi. Daughters Jahnvi and Khushi were with him. 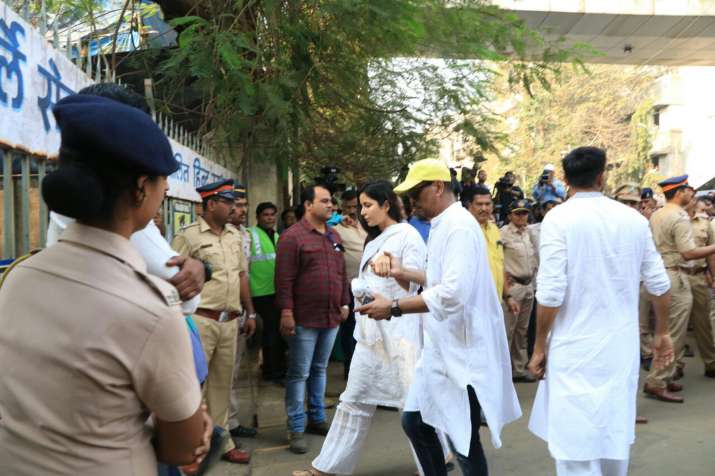 The Maharashtra government has decided to accord actress Sridevi full state honours at her funeral scheduled later on Wednesday afternoon.

The state honours for the actress, who was conferred Padma Shri in 2013, will include draping her body in the national tricolour, elaborate arrangements by the Mumbai Police, and a gun salute before the cremation.

According to a statement issued on behalf of the Kapoor and Ayyappan families, Sridevi's body will be kept for three hours at the Celebrations Sports Club in the afternoon to enable people pay their last respects.

The final journey will commence around 2 p.m. to the Vile Parle Seva Samaj Crematorium and Hindu Cemetery at S.V. Road in Vile Parle west, where it will reach around 3.30 p.m. 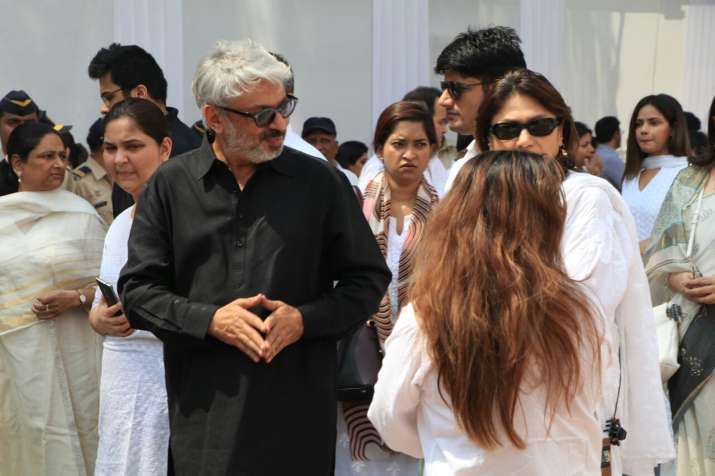 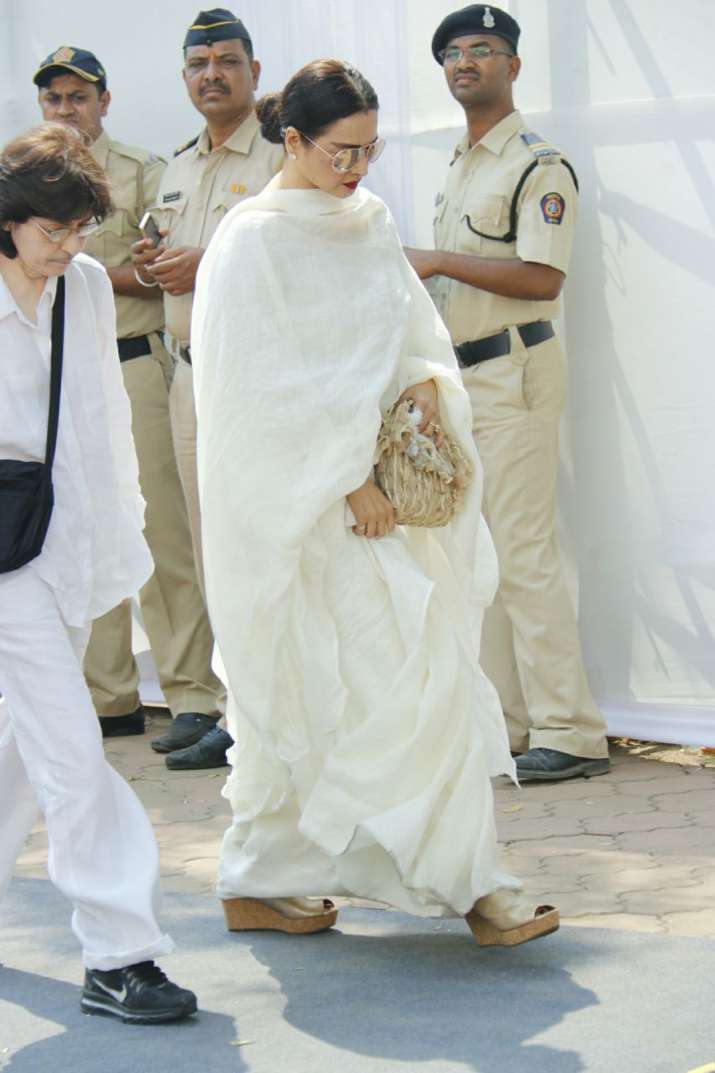 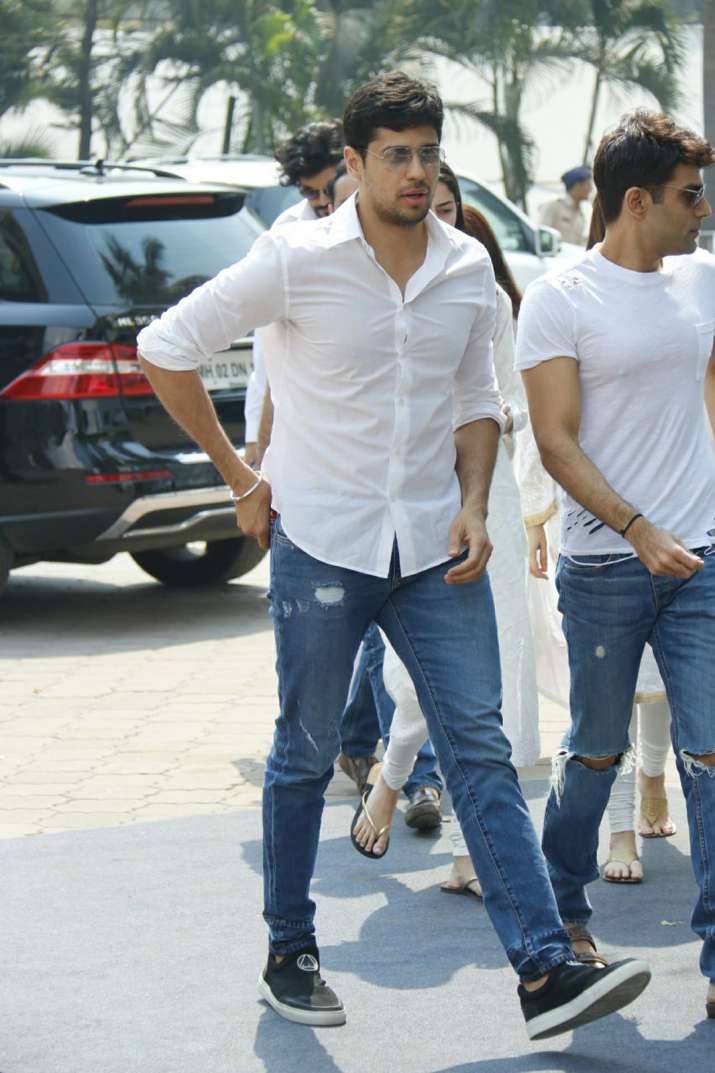 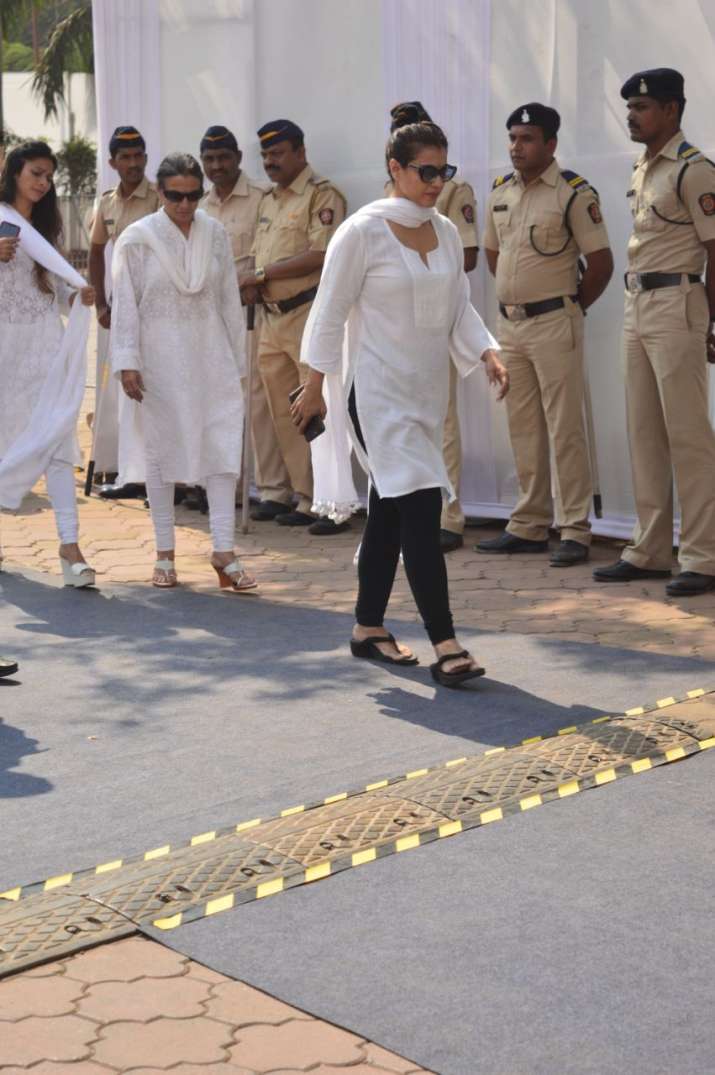 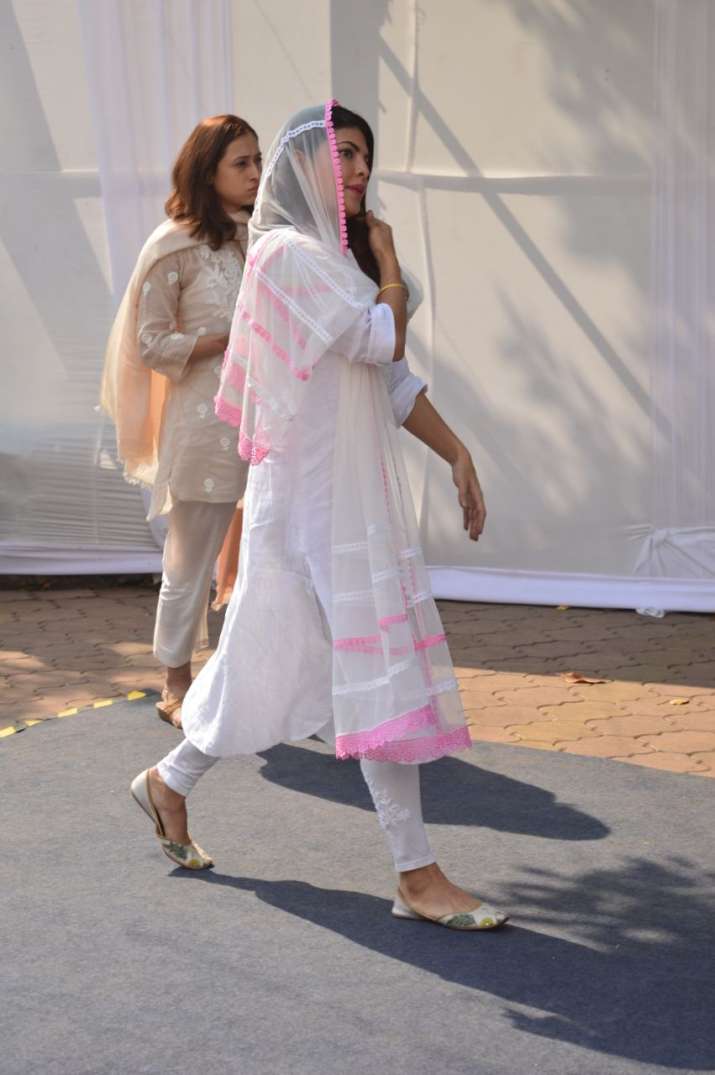 Students of primary school owned by the family of Sridevi paid tributes to the actress in Sivakasi, Tamil Nadu. Madhuri Dixit arrived with her husband to pay her last tribute. Salman Khan, who is very close to the Kapoor family, reached Sridevi’s residence late at night to pay his last respect to the celebrated actor on Tuesday. Other actors and actresses like Katrina Kaif, Deepika Padukone, Ranveer Singh, Shah Rukh Khan, Rajnikanth, Kamal Haasan and others were spotted at Anil Kapoor’s residence in the city. They met the bereaved family and offered their condolences.