In Phase 3, stakes are high for the ruling BJP and its allies as they bagged 66 seats out of these 116 spread across 14 states and Union Territories in 2014 general election, while the Congress and its alliance partners won 27, and the rest went to other opposition parties and Independents.

The fate of political bigwigs like BJP president Amit Shah, Congress chief Rahul Gandhi and several Union ministers will be locked in ballot boxes tomorrow as 116 constituencies in 14 states and Union Territories will vote in the third and largest phase of Lok Sabha elections. The stakes are high for the ruling BJP and its allies as they bagged 66 seats out of these 116 in 2014 general election, while the Congress and its alliance partners won 27, and the rest went to other opposition parties and Independents.

No. of constituencies going to polls in Phase 3: 116 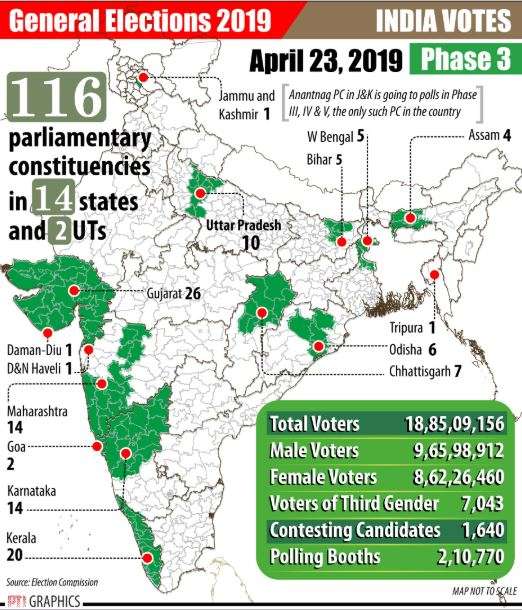 The polling in Tripura East constituency, which was earlier scheduled for April 18, will be held in this phase, as also in a part of the Anantnag Lok Sabha seat in Jammu and Kashmir, where the election is being held in three phases.

In the first two phases, the election was held to 91 and 96 seats on April 11 and April 18 respectively. Elections are being held in seven phases and with the completion of the third phase, the election process will be completed in southern states.

Key candidates in fray in Phase 3 of Lok Sabha polls:

BJP chief Amit Shah, who replaced LK Advani as the party nominee from Gandhinagar, will debut in Lok Sabha elections this year. Currently, he is a Member of Parliament as Rajya Sabha member from Gujarat. Previously, he was an MLA from Naranpura from 1997-2017. 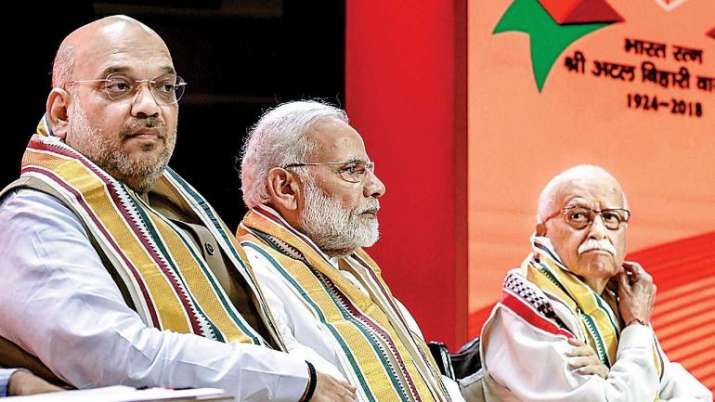 Congress chief Rahul Gandhi is contesting from Wayanad, also called Kashi of the South. Rahul Gandhi, who currently holds family bastion Amethi, decided to contest from a second seat in South to expand the party's dwindling hold in the country. 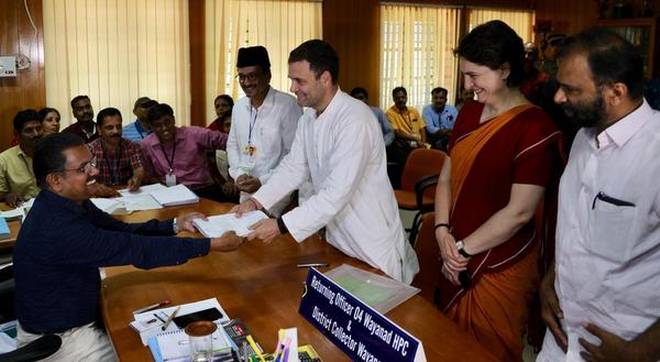 Sitting Congress MP Shashi Tharoor is facing a triangular contest in Thiruvananthapuram, where the BJP has fielded former Governor Kummanam Rajasekharan and the CPI C Divakaran. 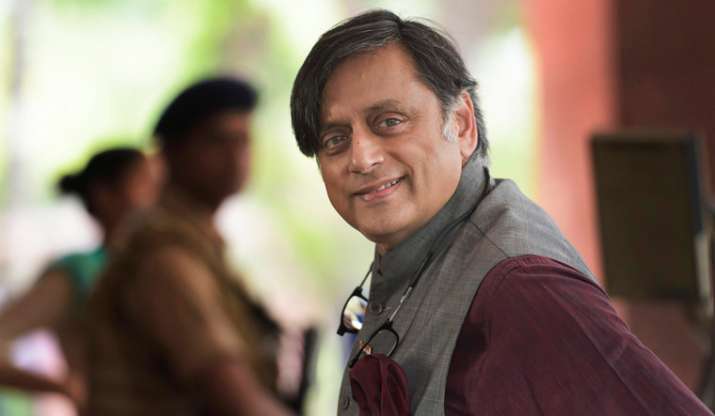 Samajwadi Party founder and patriarch Mulayam Singh Yadav is contesting from his stronghold Mainpuri. Sidelined from his own party by son Akhilesh Yadav, the 79-year-old Mulayam has announced that this will be his last general elections. His last poll campaign saw impossible become possible when his arch enemy for most of his political career - Mayawati campaigned for him in his constituency along with Akhilesh. 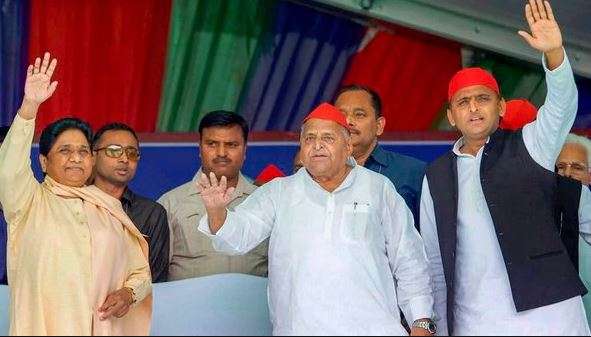 Union minister Alphons Kannamthanam is seeking to make his Lok Sabha debut from Ernakulam. He is currently MP of Rajya Sabha for Rajasthan.

What is at stake in Phase 3 of general elections in different states:

Gujarat: Apart from Amit Shah, 370 other candidates are in the fray in the 26 Lok Sabha seats all of which were won by the party in the last election. Union Minister of State for Tribal Affairs Jaswantsinh Bhabhor is the BJP nominee from Dahod seat.

Kerala: It is a do-or-die battle for both the ruling CPI(M)-led LDF and the opposition Congress-headed UDF in most of the 20 Lok Sabha seats. The BJP-led NDA is posing a formidable challenge to the two traditional fronts in at least three constituencies -- Thiruvananthapuram, Pathanamthitta and Thrissur. Rahul Gandhi's decision to contest from Wayanad besides his traditional Amethi seat has added new interest to the fight between rivals UDF and LDF for the 20 seats. The BJP has also aggressively campaigned in the hope of opening its account in the southern state by capitalising on the Sabarimala shrine women entry issue.

Karnataka: The battle lines clearly delineated for a bipolar contest between the ruling Congress-JD(S) combine and the BJP. The BJP that has considerable presence in these constituencies aims to improve its tally banking on what it calls the "Modi wave" and the support of dominant Lingayat community, considered as its vote base. It is also a test for Congress-JD(S) coalition government headed by H D Kumaraswamy in the state.

Uttar Pradesh: The third phase of polling for 10 Lok Sabha seats in Uttar Pradesh will decide the electoral fate of four members of the SP patron Mulayam Singh Yadav's clan, besides those of senior party leader Azam Khan and film actor and BJP candidate Jaya Prada. The BJP had won seven out of the 10 seats in 2014, while the SP bagged three. Apart from Mulayam Singh Yadav, his two nephews Dharmendra Yadav and Akshay Yadav are also seeking re-election from Badaun and Firozabad seats respectively. 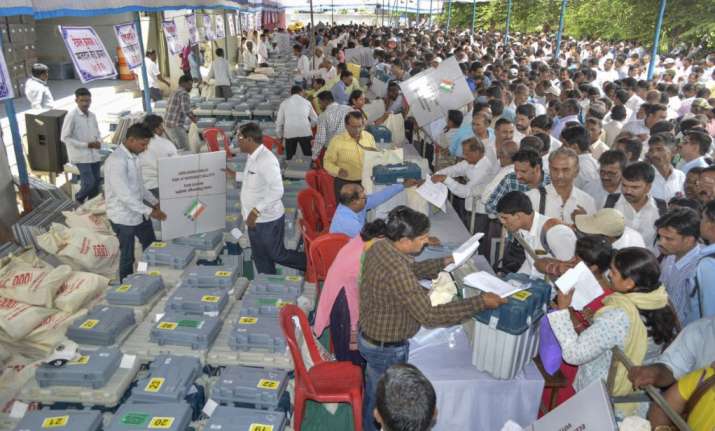 Chhattisgarh: Voting will be held in seven Lok Sabha seats in Chhattisgarh, of which the BJP had won six in 2014. The Congress, buoyed by its victory in the Assembly elections last year, is hoping to improve its tally in the state.

Goa: There are 12 candidates in the fray for the two Lok Sabha constituencies, including Union AYUSH Minister Shripad Naik from North Goa where he is pitted against state Congress chief Girish Chodankar.

West Bengal: The ruling Trinamool Congress in West Bengal, BJP and Congress are the main contenders in the five seats -- Balurghat, Maldaha North, Maldaha South, Jangipur and Murshidabad. Four seats will see four-cornered contests between the three parties and the Left Front. It will be a three-cornered contest in Maldaha South as no Left party is in the fray in the seat.

In the Union Territories of Dadra and Nagar Haveli and Daman and Diu, the BJP had bagged both seats in the last election.

The Lok Sabha polls are being held in seven-phases for 543 seats and the counting of votes will be on May 23.