Unlike its rule of more than two decades, the saffron party will be facing some serious challenges, something that it has already foreseen.

Overwhelming the Congress’ claim of coming up with ‘surprising’ results, the Bharatiya Janata Party (BJP) on Monday returned to power for the sixth consecutive time in Gujarat, while it wrested power from the grand old party in Himachal Pradesh.

On the other hand, the Congress, under the leadership of newly-elected party president Rahul Gandhi, managed to make some inroads into the state, but not as well as they would have hoped, riding on a wave of support from caste groups like Patidars, OBCs and Dalits.

The grand old party, however, defied most exit polls and other predictions to improve its tally in Gujarat from 61 to 77.

While the saffron party managed to retain PM Modi’s home turf, its continued drop in vote share, which was believed to be a result of anti-incumbancy, distress among businessmen and farmers, and the absence of Modi since 2014, was something already foresighted by the party and PM Modi.

The Assembly elections was no less than a prestige war for PM Modi and party president Amit Shah who left nothing to chance, especially with the Congress claiming political green shoots in a state it has failed to win in 22 years.

With his aggressive poll campaigns and elucidation of his government’s efforts for the development of the state, PM Modi proved the political analysts’ prediction of caste factor to be the core the polls a mere throwaway.

With the sixth consecutive win in Gujarat, the saffron party will now take its power-rule in the coastal state forward from the current 22 years, since 1995.

However, unlike its rule of more than two decades, a major share of which has been under Modi as the chief minister, the saffron part will be facing some serious challenges, something that has already been foresighted by the party with the emerging caste agitations, farmers’ distress and unhappiness in the trader community following demonetisation and the rollout of the Goods and Services Tax (GST).

Mehsana – the origin of Patidar agitation 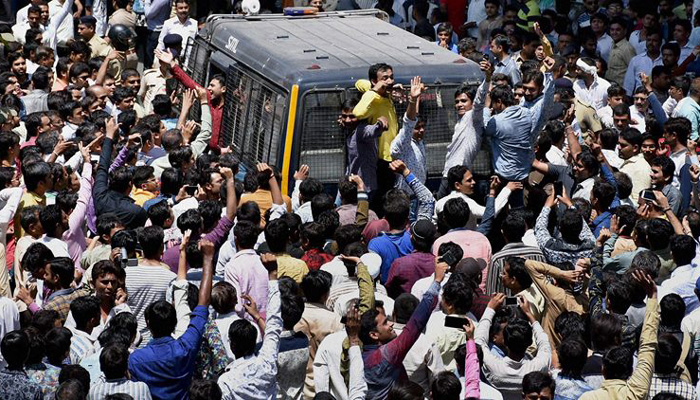 Mehsana district in north Gujarat is represented by state Deputy CM Nitin Patel and PM Modi’s hometown Vadnagar is also situated in this district, which has seven seats.

In the 2012 Assembly polls, the BJP had won five of the seven seats, while the rest two went to the Congress. But the scenario has changed in the recent times as Mehsana is referred to as the origin point of the Patidar agitation led by Hardik Patel, which took place in August 2015.

The agitation led to loss of ten lives and property, and somewhere contributed to the party’s defeat in 2015 Bihar Assembly elections.

The replacement of Anandiben Patel with Vijay Rupani as CM of Gujarat was also due to the consequences of the Patidar agitation.

A major challenge for the BJP now will be to mollify the Patidar community, and that too before the 2019 Lok Sabha elections. The party will have to come up with a blueprint on providing quota to the Patels, who have been divided over Congress’ reservation promise, questioning its constitutional validity.

Apart from the politically-dominant Patidars, who account for 11-12 per cent of the six-crore population of the state, the two-million population of Mehsana also has Kshatriyas, Muslims and Dalits, who are identified as traditional Congress supporters. 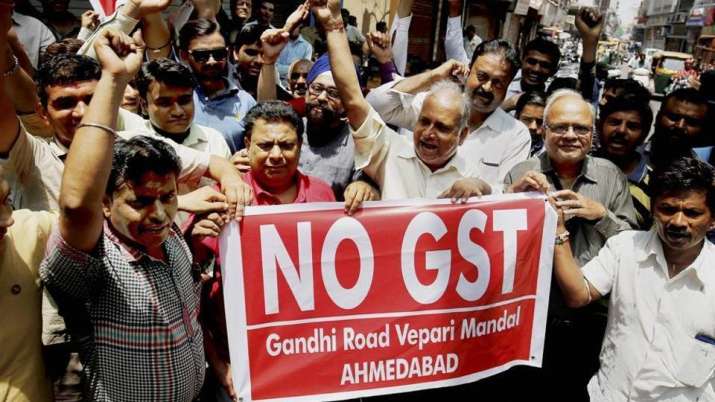 The trader community of the state has been the most loyal voters of the BJP since its inception, and has played a significant role in the elevation of the party to the national level.

However, the same community now seems to be at the receiving end of the Goods and Services Tax (GST) which was implemented on April 1.

Traders of several cities have protested against GST. The textile traders of Surat protested for a long time against the implementation of the new tax regime. The traders rue the monumental documentation work and loss in profits.

The Patidars claim that many of their youths turned unemployed due to the 2008 meltdown, and after their MSMEs suffered grievously after demonetisation and the GST implementation.

Surat’s diamond traders claim that their 1.5-lakh crore business has already been derailed by what they describe as the twin blows of demonetisation and teething uses of the GST.

Seeing the distress among the trader community, the GST Council brought changes in the rates, bringing the building material from the 28 per cent category to the 18 per cent slab.

While the changes were welcomed by traders, they urged the Centre to “improve filing services” on war footing. If not addressed, their ire may adversely affect the BJP in the 2019 Lok Sabha elections. 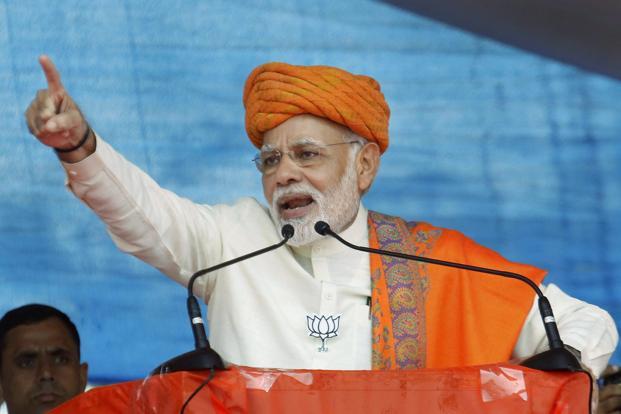 Narendra Modi’s absence from the state since 2014, after his election as the prime minister, is considered as a major attribution in the continuous reduction of the saffron party’s vote share.

Soon after Modi left for Delhi, Gujarat dipped into a turbulent phase. Anandiben faced corruption charges and the accusations of nepotism. Her tenure also saw protests from several quarters, including the Patels and Dalits, and infighting in the BJP.

In Modi’s absence, the saffron party is feeling a strong wave of opposition in the form of various agitations from different sections of the society. A majority of these forces have joined hands with the opposition Congress party and the more than two-decades reign seems to be on the downslide.

After 2014, the following three years have witnessed two chief ministers – Anandiben and Vijay Rupani. Rupani does not have the same kind of aura as that of Modi. Surely PM Modi is being missed in his home state. 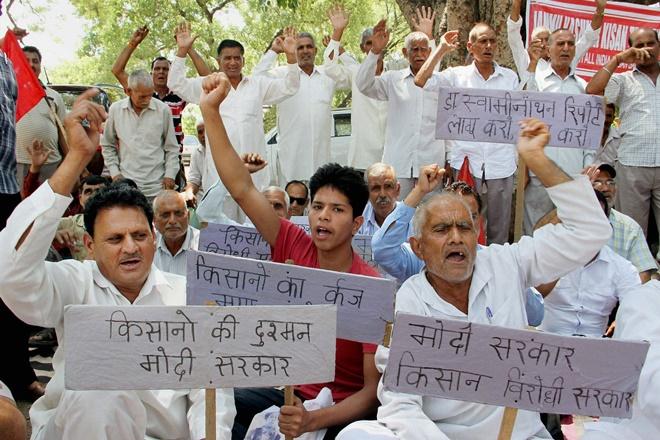 In his election rallies, PM Modi has reiterated the work he had done in the state, especially for farmers, as the chief minister. He also spoke about Narmada water reaching Saurashtra and how it has helped people.

However, several farmers have complained that they are highly dependent on rainwater stored in dams and man-made lakes for irrigation, and that they have not been given the minimum support price (MSP) promised by the government.

Although the state government announced a MSP of Rs 900 per 20 kg right before the elections, farmers say they are forced to sell their produce at market prices of Rs 500-600 per 20 kg.

This shows how farm distress is brewing discontent among Gujarat’s rural electorate. Though the state government has pulled out all stops to appease the rural voter, there is more that it needs to do to keep them intact as the Lok Sabha elections are just a year away.

Gujarat’s agriculture grew at an average eight per cent between 2002-03 and 2013-14 and the slowdown since 2014-15 seems has delivered a crushing blow to the farming community.

Moreover, just ahead of the elections, the ruling BJP government waived interest on loans up to Rs 3 lakh for farmers. However, this might be of little help to small and marginal farmers, who make up for two-third of the total and are still dependent on informal channels of credit.