Boy invites kindergarten classmates to adoption hearing. They show up with hearts

Five-year-old Michael Clark Jr's classmates populated the rows of the Kent County courtroom in Michigan -- upon his invitation.

A young boy from the United States, who was adopted on Thursday by a family, made the internet tear up owing to a heartwarming gesture by his kindergarten classmates.

Five-year-old Michael Clark Jr's classmates populated the rows of the Kent County courtroom in Michigan -- upon his invitation. They even told the judge about how much their classmate meant to them.

The five-year-old was adopted by a couple in whose care he has been for a year.

The boy's teacher had proposed the idea of having his classmates at the adoption hearing, and after Michael's mother agreed, had ensured that all the arrangements were made.

The classmates sat in the court with heart-shaped placards, and while Michael's adoption was being finalised, the classmates waved them.

The entire class also posed for photos with Michael and his parents after the hearing.

The court posted pictures of the family during the adoption hearing with the caption, "Michael brought his entire kindergarten class with him today to witness his adoption."

And they went viral in no time. 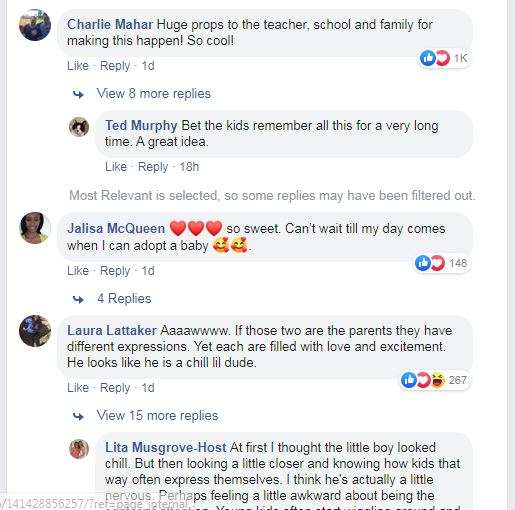 This kindergartener invited his whole class to his adoption hearing as his foster parents became his forever parents. Lookit them holding up hearts 😭😭😍😍 pic.twitter.com/HBuINHoJvi

In Michigan, a judge allowed a little boy who was being adopted to invite anyone he wanted to the courtroom, where the adoption hearing was taking place.

He brought his entire Kindergarten class.