SanDisk iXpand Flash Drive Luxe serves a great purpose to iPhone users with its versatility. Here's why you should pick one up.

Apple’s ecosystem works seamlessly and most people start getting into it with the iPhone. Unlike Android smartphones, Apple iPhone users cannot plug in any USB Type-C Pendrive or SSD. Thanks to the new SanDisk iXpand Flash Drive Luxe, iPhone users can do just that with the help of the lightning connector on it.

The iXpand Flash Drive Luxe is not pendrive from SanDisk to come with a lightning port. However, it now offers a lightning connector on one side and a USB Type-C connector on the other. This gives users the versatility of connecting the pen drive on their iPhone, the iPad Pro and even on the latest Android devices.

Apple iPhone users will need to download the iXpand Drive app from the App Store in order to use this device. As for Windows, Mac and Android users, they can use the iXpand Flash drive without the need for any software or drivers.

When connected to an iPhone, the iXpand Flash drive gives users two options. Either they can use it to dump files manually or they can use it as a backup drive. The backup option can help the users take a complete backup of their photo library and even a backup of contacts and calendar. 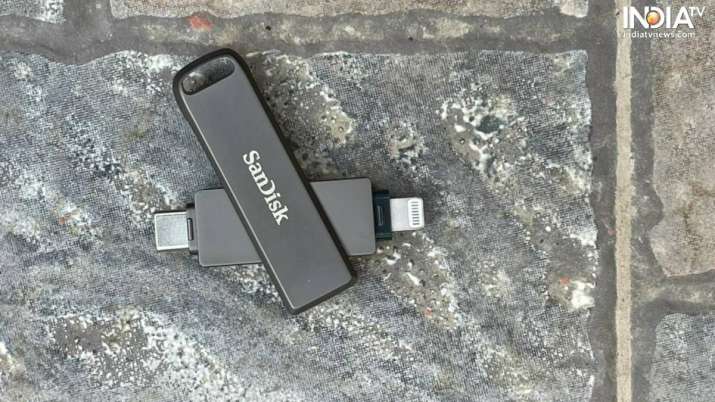 The user can also choose to set up automatic backup so that every time they plug in the iXpand drive on the iPhone, the app will automatically take a backup and replace it with the previous one.

I tried using the Backup feature but it was taking a lot of time to backup roughly 5500 photos and 1500 videos. The good thing about the iXpand here is that one can pause the backup process and come back later to begin from the same spot. 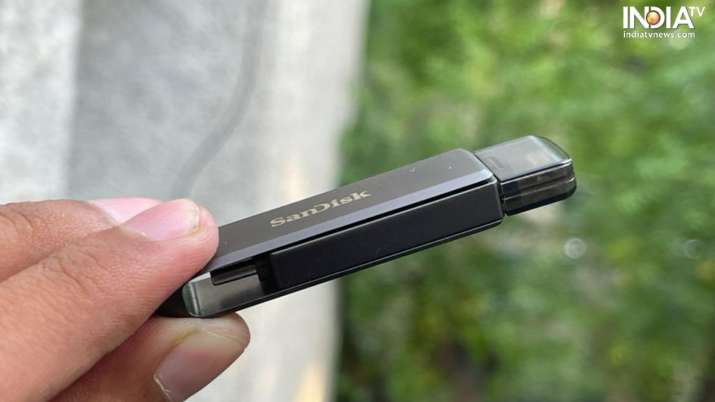 Besides backing up my stuff, I used the iXpand Flash Drive Luxe to dump a few photographs and then take them to my Windows PC. This saved the hassle of plugging in the lightning cable and finding just the right file juggling through different folders.

If you have an iPhone and need to keep a physical backup of your stuff or you need to occasionally dump files from your iPhone to a pen drive, then the SanDisk iXpand Flash Drive Luxe would be the perfect pick.