Samsung Galaxy Note 20 Ultra, is hands-down, one of the best Android smartphones you can buy in 2020. But should you actually go ahead and buy one? Here's what we suggest.

Samsung’s Galaxy Note series has always been most professionals' go-to smartphone, including me. I was hooked in early with the Note 2 and haven’t been able to leave since. Having a Note device makes you feel you can do anything and everything that matters. And that is just the feeling I got once more after holding the Samsung Galaxy Note 20 Ultra 5G in my hands. But at Rs 1,04,999, is the phone worth it? Read the review to know the answer to just that.

Samsung Galaxy Note 20 Ultra 5G looks like an amalgamation of the Galaxy note 10+ and the Galaxy S20 Ultra. It seems as if the company took the best parts of both the devices and merged them to make the Note 20 Ultra.

The device comes in just shy of seven-inches, which would make you think that handling it would be quite difficult. But, that’s not the case, as Samsung has pushed the display to its limits to not increase the footprint of the device by much, and has also managed the weight distribution meticulously. Both of these things together make the device feel easily manageable and even easy to use single-handedly for people with big hands.

The display with its slight curves on the edges makes the user experience seamless. Watching content or browsing the device made me feel like the device is just right. It feels extremely premium while in hand and also feels to have the right amount of weight. I personally like the in-hand feel of the Galaxy Note 20 Ultra over the Galaxy S20 Ultra, which is priced similarly. 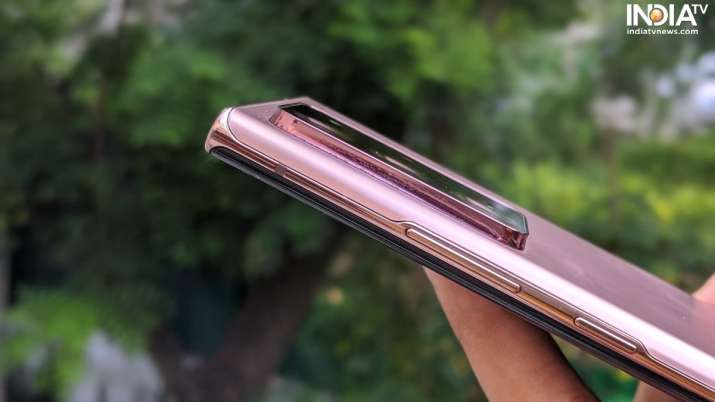 Unlike its smaller counterpart, the Galaxy Note 20, the Ultra variant does not skimp out on the materials and feels like the perfect phone.

One good thing about the design is that the company has shifted the volume and the power button back to the right edge. It was a very difficult proposition to deal with the buttons of the Note 10 series of last year.

Being a long time Note user, I was acclaimed to reach for the bottom-right edge of the phone to get the stylus. However, moving the stylus to the bottom left corner does throw me off a lot of times, due to muscle memory. 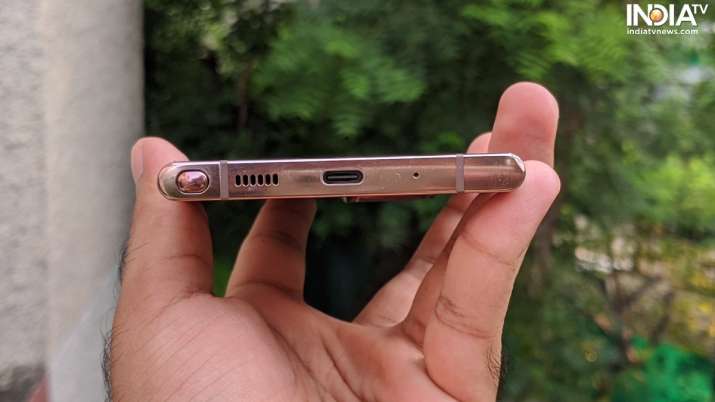 Coming to the build quality, which is second to none. The device feels quite durable and assuring while in hand. During my time with the Note 20 Ultra, the device took two bad falls, where I thought it was done for, but it survived with minimal to no damage to showcase.

Gorilla Glass Victus is also very reassuring to use considering, it does not scratch up easily. Using the device without a cover and a screen guard had me thinking that it would scratch up easily and not allow me to take the device shots, which is another area, the device was able to prove me wrong.

Samsung Galaxy Note series was among the first to push the boundaries of display sizes. And even after around 10 years of taking out Notes, the company seems to not be stopping at pushing display sizes to the brim. 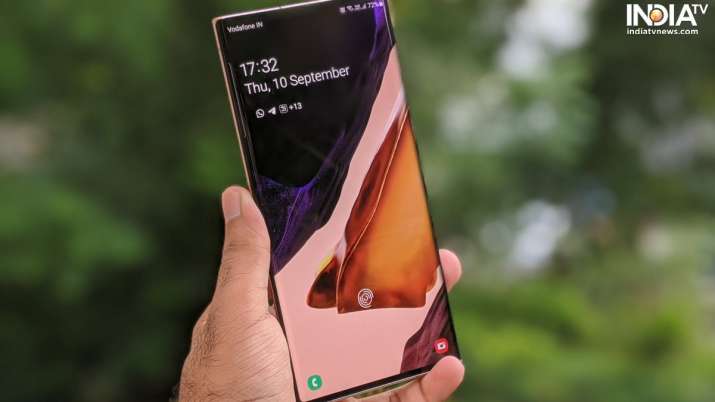 The Galaxy Note 20 Ultra features a 6.9-inch Dynamic AMOLED screen. Which if you remember was called a standard size for Android tablets a few years ago.

Samsung has one among the best display panels in the market. However, the one on the Note 20 Ultra fails to shine. One of my major gripes with it is outdoor visibility. The display in covered spaces looks brilliant with its great contrast ratio and 412 nits of max brightness. But, when under direct sunlight, it looks a bit washed out. 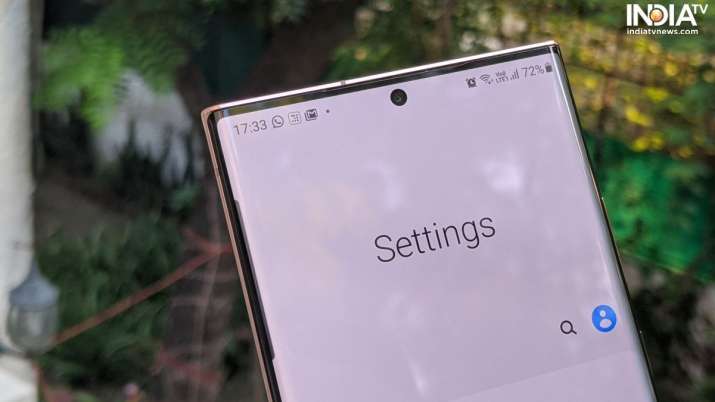 Many of you might be excited to use Samsung’s 120Hz display, don’t be. As the display is not always at 120Hz, instead it is set to a variable. This means that the display refresh rate can be as low as 11Hz when viewing a web page and at 120Hz while scrolling through the menus. The phone’s processor decides what refresh rate the display has to be at, depending upon what you are doing and you cannot lock it into position.

The under-display fingerprint system is plenty fast and accurate. It is among the fastest I have tried and till date have not faced a single issue of it not identifying my fingerprint.

One of the best things that I found with the Note 20 Ultra, is its ultrasonic fingerprint sensor, which is very snappy and fast. Even the facial recognition is at its peak performance.

I played many games on the Galaxy Note 20 Ultra including COD: Mobile, Asphalt 9: Legends and the now-banned PUBG Mobile, all in their best graphic settings. And I have to commend the device on how easily it could handle the pressure.

Overall, I have to say that the Galaxy Note 20 Ultra is one of the best performing smartphones there is to get. But keep this in mind that due to the Exynos chip, there are other smartphones that perform better and at priced much more economically.

The Galaxy Note 20 Ultra features a triple camera setup on the back, consisting of a 108MP primary sensor paired with a 12MP wide angle lens and a 12MP optical zoom camera.

The Galaxy Note 20 Ultra’s primary camera takes good photos, which are crisp and detailed. The focusing and exposure of images is very good and the colours pop with a good amount of radiance. The images taken in good lighting conditions, come out near perfect by just pointing and shooting.

Close up images have a good amount of depth and you will never feel the need for a macro lens on this one. The wide-angle shots also come out very crisp and bright. However, there is a fish-eye effect on the sides of the wide-angle shots.

Till 4x zoom, the phone utilises the primary camera to take the images, however, going to 5x, the phone shifts to using the 12MP optical zoom camera. You can go up to 50x zoom, using the camera. The 50x zoom photos come out good, compared to the 100x zoom camera of the Galaxy S20 Ultra. I feel that with 50x zoom Samsung has hit the sweet spot for the zoom lens.

Night shots with all the cameras also come out good, with a good amount of focus and detail in the photos. Some images like 50x zoom ones do have some grain, but that much amount is doable considering the conditions and the stress on the cameras due to the 50x zoom feature.

Coming to the front camera. It takes amazing shots, both in day time and at night. The front camera images come out with a good amount of focus, detail and are colour accurate. The images feel poppy and alive, and can be used on social media.

Samsung Galaxy Note 20 Ultra 5G is backed by a 4,500mAh battery, which for a phone with so much to offer feels a lot low. It sports USB-PD charging, which does come in handy to charge the device much faster when compared to its in-box 25W fast charger. 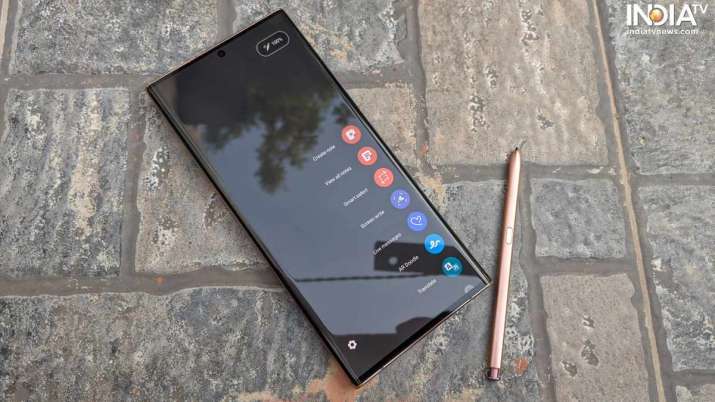 At the starting, it was difficult for me to even get by a single day while using the smartphone. However, thanks to its AI, the device has been able to make minute changes, which are unnoticeable, to help the phone last throughout the day.

My day consisted of taking calls, replying to emails, checking my social media accounts, taking a few camera shots and to play games.

The AI does help with the battery, but it does make changes like turning the display to 11Hz while reading something online. This in sites with a white theme stays are ok. However, if the site uses a dark theme, then you will see a lot of screen tearing and flickering.

Overall, the battery life of the Galaxy Note 20 Ultra is not that impressive.

To charge the device completely from 0 to 100 per cent, it took around 1 and a half an hour. Using PD charging does improve the charging speed, but it also heats up the device and reduces the charge cycles of the device in the long run. 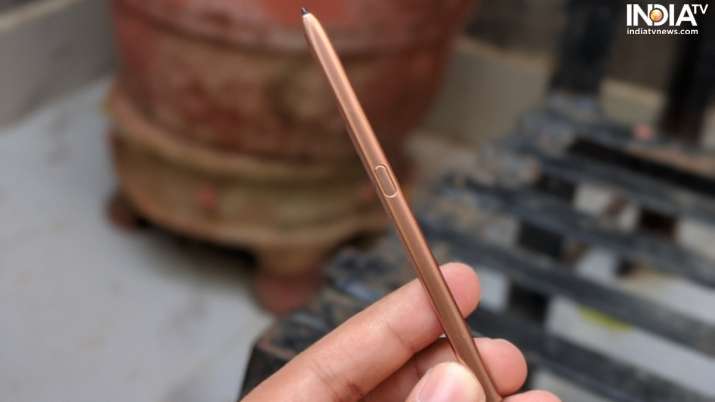 S-Pen is something, that has become synonymous with the Galaxy Note lineup of devices. The S-Pen on the Note 20 Ultra is much better than the previous generations, and it is quite noticeable. The new S-Pen feels much more responsive and agile. I still feel that the S-Pen of Note 9 looked much better and felt much more solid in hand than this one.

The Samsung Galaxy Note 20 Ultra 5G is hands down one of the best smartphones available in the market. It does have its shortfalls, like the variable refresh rate display, heating issues and more. However, overall, the device is able to overcome all of these shortcomings and power ahead. 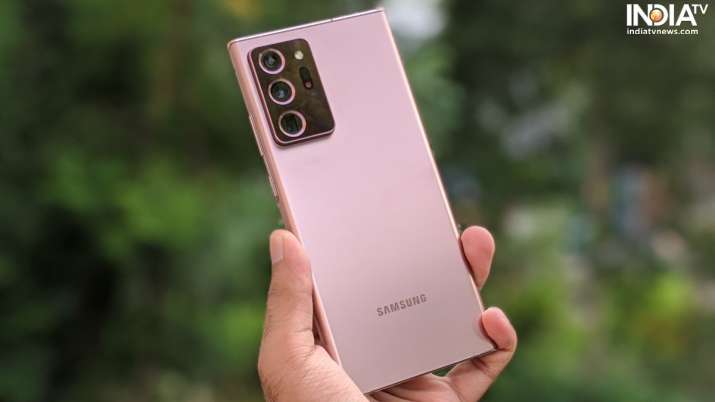 But at Rs 1,04,999, is it worth it? The answer to this is two-fold. If you have been a Note user and all of its features are something that you use, then go for it. But, if that is not the case, then for such a high ask, you should get something unique that stands out.

I would personally recommend getting the Samsung Galaxy Z Flip, as it is different and would help you stand out. At that price, the Note might be able to do everything better, but the Flip can fold up and be tucked inside your pocket.