Samsung Galaxy F41 is a budget phone with 64MP triple rear cameras, a 6,000mAh battery and Super AMOLED display. Is it a good option? Read on to know

Samsung, apart from producing high-end smartphones, also has its foot in the mid-range segment with its Galaxy M and the Galaxy A series for inexpensive phones. To further this venture, the South Korean company recently introduced its new Galaxy F series with the launch of the Galaxy F41 to cater to the budget smartphone needs in India.

The Galaxy F41 comes with a huge battery, Super AMOLED display, and 64MP triple rear cameras to compete with the likes of Xiaomi and Realme that are already ruling this segment. I got to use the phone for some time and here’s whether or not it is a worthy contender. Read on IndiaTV Tech’s review to find out:

The Galaxy F41 has a design which reads Samsung. There are the same vertical rectangular rear camera module and Infinity-U display for a waterdrop notch. So, you won’t get anything different, which would have proved great for a new smartphone series. However, the colour options are different; Fusion Black and Fusion Blue with a gradient design make the smartphone good-looking for the price tag it gets. I got the blue colour and it doesn’t look over-the-top. 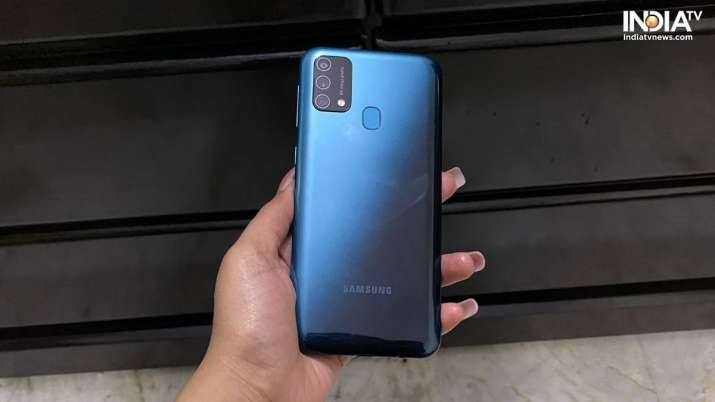 Aesthetic-wise, there is a rectangular camera setup, an oval-shaped fingerprint reader, and the ‘Samsung’ branding at the bottom part of the back panel. The front has a waterdrop notched display with lesser bezels. The left side has a SIM tray, the right side has the volume rocker and the power on/off button, the top end has the mic, and the bottom end has a 3.5mm audio jack, USB Type-C port and speaker grille. 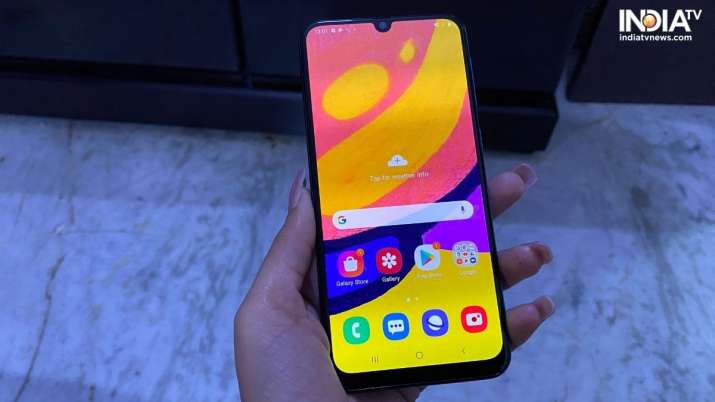 Although made of a combination of glass and plastic, the phone feels quite decent and the texture appears smooth for easier usage. I would have appreciated a new look for a new phone series but you won’t dislike the Galaxy F41 for its looks.

The device gets a 6.4-inch Full HD+ Super AMOLED screen, which is exciting for a budget phone. There are lesser bezels due to the Infinity-U display, which ensures a better viewing experience. Much like most of the Samsung phones, this one too ensures a bright and well-lit screen. The viewing experience is enhanced due to the vivid nature of the Samsung display and while there is slight oversaturation, it won’t hinder the overall video experience. 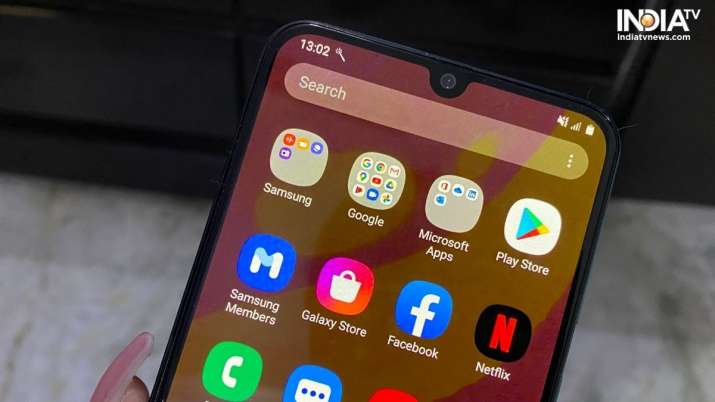 One thing that Samsung could have added is high refresh rate since most of the phones offered by Xiaomi and Realme come with one. It could be an exciting addition and Samsung might consider adding it. 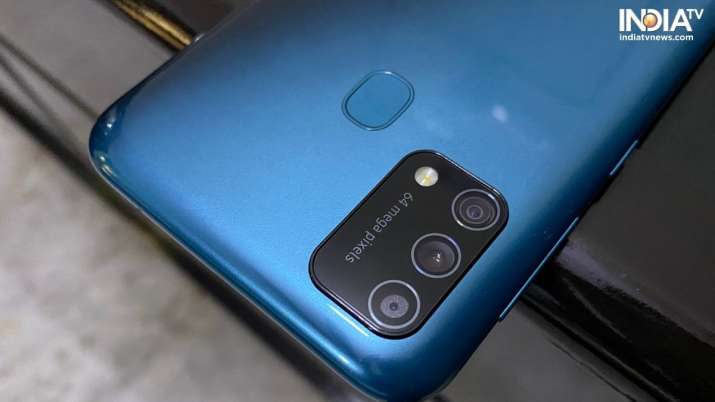 As stated in my first impressions, the phone’s cameras perform mostly like the ones on the Galaxy M series. You will get vibrant photos with details in broad daylight. However, the images feel quite saturated and processed. Upon zooming in, you will see details being lost, which isn’t a good sign. The ultra-wide lens performs decently and captures a wide area. However, there is a loss of details and a problem of colour-shifting which leads to undersaturation. The Night mode and just throws light on the image and appear grainy. The Live Focus is decent and creates close to natural bokeh. The HDR mode works fine giving out highlighted images.

The 32MP front camera takes decent images but then the problem of processed and beautified selfies still remains. If you aren’t a fan of the beautification, you might have issues with the front camera. Among others, the video recording proves decent with decent stabilisation and support for ultra-wide mode. However, the videos turn out slightly grainy in indoor conditions, especially in low light.

The smartphone is powered by an Exynos 9611 processor, something we have seen on the Galaxy M31, Galaxy M31s, and more Galaxy M phones. It gets 6GB of RAM and two storage options: 64GB and 128GB.

The phone acts as a daily driver and can carry almost all the tasks with ease. From switching between apps to watching videos to playing games, the phone calls for a hiccup-free usage experience and you won't encounter any lagging issues. There might be some minute lags but they aren't too major. I used the phone for some gaming for titles such as Subway Surfer, word games, and even Call of Duty (CoD) and it ensured decent gameplay. There wasn't any heating issue and the graphics produced were decent too.

As for the battery, the phone was able to last me more than 1.5 days with the above-mentioned usage which is quite decent. It charges in about 1.5 hours, which could have improved since most budget phones come with faster-charging capabilities. The UI has been smooth and Samsung One UI based on Android 10 has been easy to use. There has been some bloatware with some apps pre-loaded. This could have been avoided. Among others, the fingerprint scanner was snappy and audio has loud and clear.

The Samsung Galaxy F41 offers a lot of things on a budget that can make it a success. At a starting price of Rs. 16,999, the smartphone provides a good viewing experience, a decent performance, decent cameras, and a huge battery life. However, the camera could have been improved and I would have appreciated faster-charging tech to compete with the likes of Xiaomi Redmi Note 9 Pro Max and the Realme 7 Pro with a better processor, much faster charging, and more.

Having said that, the smartphone is a more than decent attempt at the price bracket and it can be bought if you need a Samsung experience on a budget. We hope to get more improvements with the future Galaxy F phones.