Samsung has tried its hands at making budget smartphones and it has somehow succeeded in it. However, there is always scope for improvement, which is why the South Korean company has introduced a new Galaxy F budget series to launch new smartphones, mostly under 20K. The series has seen the launch of its first member in the form of the latest Galaxy F41.

The smartphone with 64MP triple rear cameras, Super AMOLED display, a 6,000mAh battery, and loads more tries to compete with Xiaomi and Realme yet again with an aim to rule the budget segment. I recently received the new Samsung smartphone and used it for some time to form an opinion. Read on IndiaTV Tech's Galaxy F41 first impressions to know whether or not the device stands a chance in the budget segment.

The Galaxy F41 is a Samsung phone that looks like one. It mostly looks like the smartphones in the Galaxy M series with the same rectangular rear camera module and the Infinity-U display. This is slightly disappointing as with a new smartphone series, Samsung should have come up with new design too. However, if you set aside the similarity, the phone looks like a decent one for the price and comes with different gradient look that creates an ombre effect on the right side. There is also a new colour option, Fusion Green, which is the slight hint of fresh air. The other two colour options are Fusion Black and Fusion Blue. 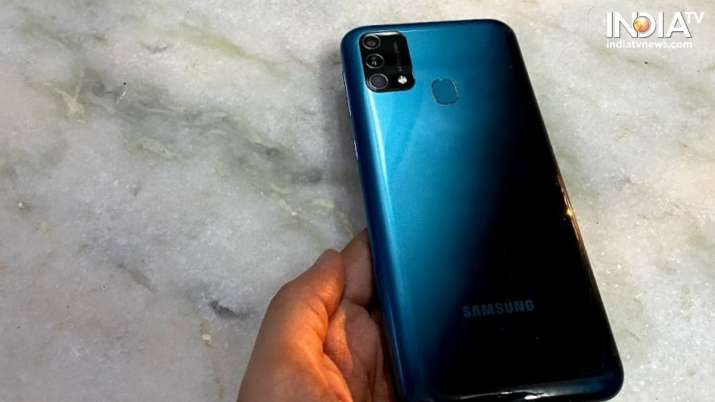 The device gets rounded edges, much like most of the Samsung budget phones and a glasstic rear finish. However, it appears lighter than those budget phones, making the usage easy. The rear panel texture is also quite smooth, further adding on to the overall feel of the smartphone. 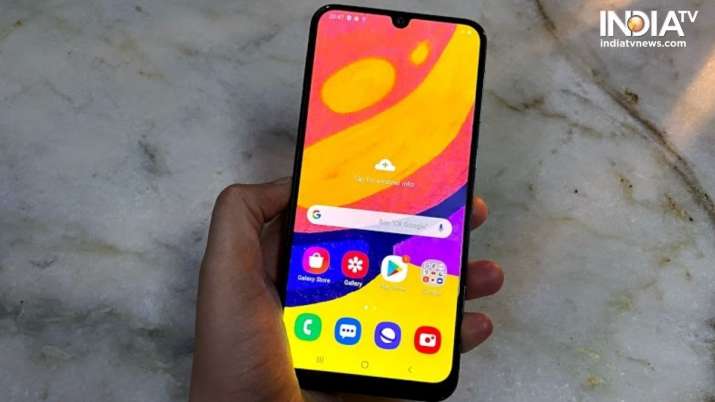 The Galaxy F41 has a small rectangular camera setup in the top left corner, a fingerprint scanner, and the Samsung branding at the back. At the front, there is a waterdrop notch with minimal bezels. The right side has a SIM tray, the left side has the volume rocker and the power on/off button, the bottom end has a 3.5mm audio jack/USB Type-C port/speaker grille, and the top end only has the mic.

The smartphone has a 6.4-inch Full HD+ Super AMOLED display, which is impressive for a budget phone. It supports display features such as adaptive brightness, blue light filter, dark mode, screen mode (vivid or natural), accidental touch control, and touch density. The device is aptly lit and appears bright and vivid. The screen size feels apt while watching a video or using it for other stuff. However, I would need to use it a little more to see how the display performs. 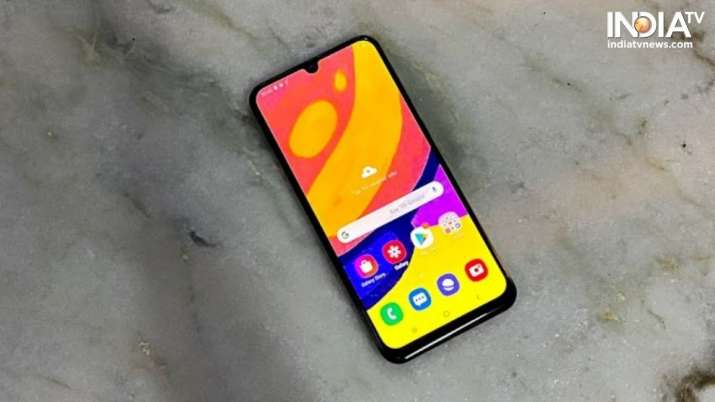 As for the cameras, the F41 has triple rear cameras (64MP main camera, 8MP ultra-wide lene, 5MP depth sensor). The front camera stands at 32MP. The device gets camera features such as LED flash, Live Focus, HDR, Single Take, Smart Beauty, and more. I used it to for some time and the cameras feel mostly like the ones present on the Galaxy M series. The images are detailed and appear vivid, something which is a trait of the Samsung phone. Selfies came out fine too. But, I would be required to use the device more in a number of lighting conditions to know how the cameras are. 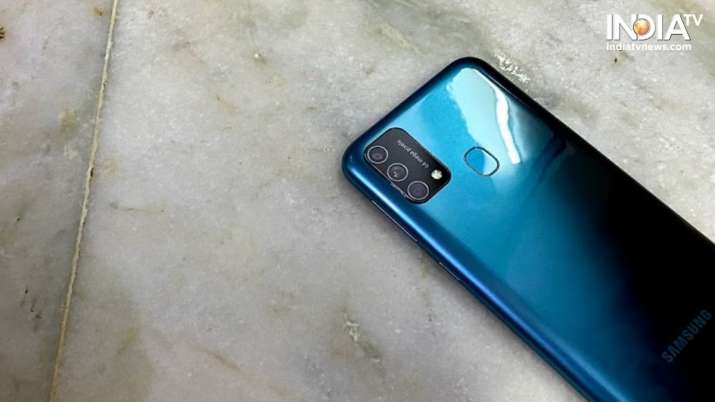 Among others, the shutter speed was decent, the scrolling and touch were smooth, and the fingerprint scanner unlocked the device in less than a second. But, to know how the battery is like and more, I will have to use it more and a full review of the same will come up soon.

The Samsung Galaxy F41, on papers, is a competitive and more-than-decent budget phone. With 64MP triple rear cameras, a Super AMOLED display, and a 6,000mAh battery, it is able to compete with the likes of the Xiaomi Redmi Note 9 Pro Max and the Realme 7 Pro. However, the usage of the same Exynos 9611 chipset and the same form factor, doesn't call for a major change and raises questions on its existence.

Having said that, it seems like a tough attempt in the budget arena. I will let you know how the device competes in the budget segment in a full review, Hence stay tuned.