OnePlus 9 Review: Almost Everything you could ask for

OnePlus has partnered up with Hasselblad for tuning the cameras on the OnePlus 9 series. But is that enough to help the OnePlus 9 outshine its competition? Let’s find out.

OnePlus, as a brand, has been working on providing users with top-notch specifications and a bloatware-free user experience at a reasonable price. The smartphone giant continues to live up to that with the launch of the OnePlus 9 Series. While the OnePlus 9 Pro is still the top of the line flagship phone, the OnePlus 9 is the middle child that cuts a few corners to become more affordable for the masses.

Up until now, OnePlus has been giving its fan base exactly what they have been asking for. However, one area where OnePlus phones have fallen short is the camera department. The brand is now working on fixing that with a three-year partnership commitment with the Swedish camera company, Hasselblad. But is that enough to help the OnePlus 9 outshine its competition? Let’s find out.

OnePlus 9 features a 6.55-inch flat AMOLED display with a resolution of 2400x1080 pixels. The display panel supports 120Hz high refresh rate and an aspect ratio of 20:9. It is powered by the flagship Qualcomm Snapdragon 888 processor. The dual-SIM handset packs in up to 12GB of RAM and 256GB of onboard storage. All of this is backed by a 4,500mAh battery, which supports the company’s Warp Charge 65T fast charging technology.

In the camera department, the OnePlus 9 gets a triple camera setup at the back consisting of a 48-megapixel primary camera, a 50-megapixel ultra-wide-angle lens and a 2-megapixel monochrome lens. Upfront, there is a 16-megapixel selfie shooter.

OnePlus 9 shares its design language with the last year’s OnePlus 8T. In order to give it a refreshed look, the company redesigned the camera module and threw in new colour variants. We received the OnePlus 9 in Winter Mist colour variant for review. While this one sure grabs some attention, I would have rather picked up the Astral Black variant as it looks more subtle. 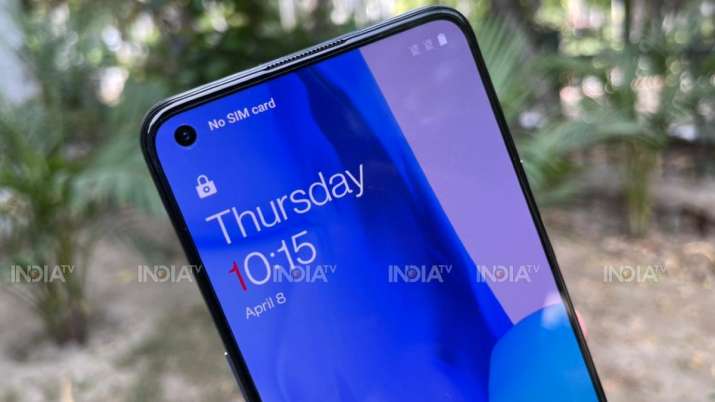 The OnePlus 9 sports a glass back design, which helps the phone look and feel more premium when compared to something like the Samsung Galaxy S20 FE 5G. However, the frame of the smartphone is made out of fibre-reinforced plastic, which feels like a downgrade for anyone coming from the OnePlus 8T, since it had an aluminium frame. 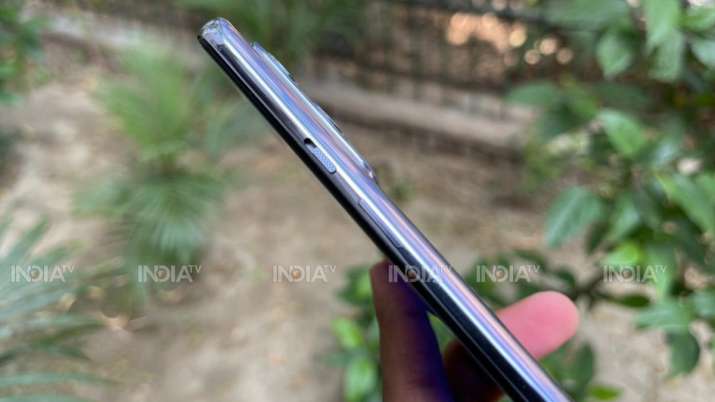 Coming to the display, the Oneplus 9 sports a 6.55-inch AMOLED panel with 2400x1800 resolution. It offers a 120Hz variable refresh rate and is capable of displaying HDR content. On paper, the display specifications are the same as the OnePlus 8T. This is not necessarily a bad thing as the OnePlus 9 currently has one of the best displays in the market.

OnePlus always manages to offer a great performance thanks to the top of the line hardware specifications. At the heart of the OnePlus 9, there is the flagship Qualcomm Snapdragon 888 processor. This is combined with up to 12GB of RAM and 256GB of onboard storage. With this, the OnePlus 9 delivers a spectacular performance and I did not feel any lag or stuttering in my day to day usage. 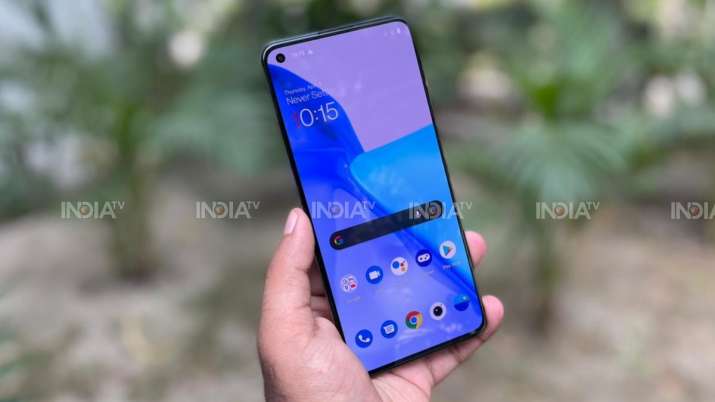 During the review period, I also played games like Call of Duty: Mobile and Asphalt 9. When the gaming sessions were stretched to over an hour, I did feel that the temperatures raised to a point that I had to keep the phone aside for a while. Unless you are planning to go in for long gaming sessions, the OnePlus 9 would not let you down, at least in the performance area.

No matter how powerful the processor is, a smartphone would not perform at its best unless the software is optimised. OnePlus is known for offering an optimised and bloatware software experience and the same helped elevate the user experience on the OnePlus 9. With the Android 11 based OxygenOS 11, the company has added quite a few useful features and more customisation options. 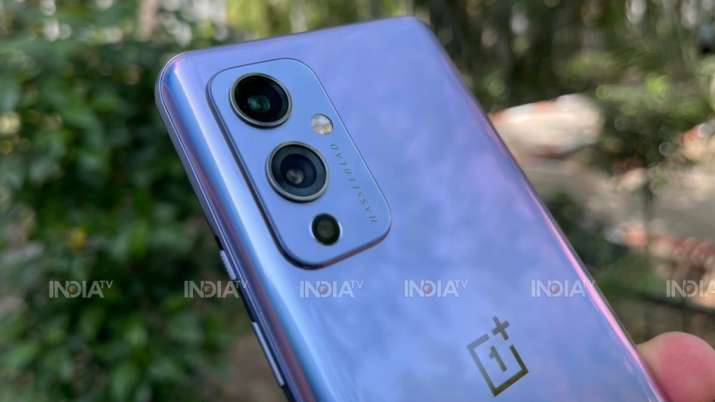 OnePlus has been struggling to keep up with the competition when it comes to the cameras. This year, the Chinese smartphone manufacturer has partnered up with Hasselblad, where the Swedish giant will be fine-tuning the camera experience on OnePlus 9 smartphones.

As for the hardware, the OnePlus 9 ships with a triple camera setup at the back consisting of a 48-megapixel primary camera, a 50-megapixel ultra-wide-angle lens and a 2-megapixel monochrome lens. Upfront, there is a 16-megapixel selfie shooter.

The OnePlus 9 was able to capture some decent looking shots. The colours looked fine and the image sensor managed to gather plenty of detail. While the camera quality is not bad, it is also not the best in the segment. It is also worth noting that the OnePlus 9 lacks OIS, which can be found on both OnePlus 8T as well as the OnePlus 9 Pro. Due to the lack of OIS, all the stabilization is being done digitally.

Even under bright daylight conditions, the OnePlus 9 has the tendency to oversaturate at times. Also, the dynamic range is not the best in the segment. Under low-light scenarios, the smartphone manages to capture enough detail.

As for the selfies, the OnePlus 9 was able to capture some decent looking shots under both good and bad lighting scenarios.

However, it is worth noting that these are the problems that OnePlus could fix with the upcoming OTA updates.

OnePlus 9 is backed by a 4,500mAh battery and also brings support for 65W fast charging. During my usage, the OnePlus 9 was easily able to last me through a full day of work with moderate to high usage. My typical usage pattern includes scrolling through social media, clicking a few pictures, listening to music as well as gaming. Even when I did need to charge the phone, the Warp Charge 65T was able to get the OnePlus 9 from 0 to 50 per cent in less than 20 minutes.

OnePlus 9 Review: Should you buy it? 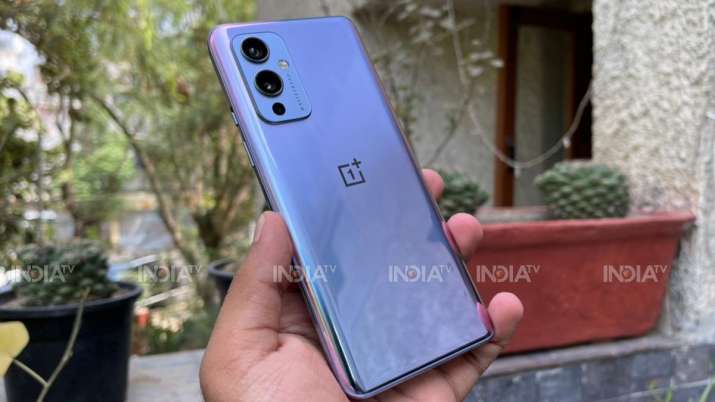 OnePlus 9 is a well-packaged smartphone with a great display and a good set of cameras. At a starting price of Rs. 49,999, the smartphone does bring a lot to the table and manages to tick a lot of the right boxes. However, there are a few compromises made that could impact the buyer's decision, including the plastic frame and the lack of OIS and wireless charging. Considering its direct competition is the Samsung Galaxy S20 FE 5G, the compromises start to fade a little and the good things highlight better.

In a nutshell, the OnePlus 9 is a bang for the buck. However, if your wallet allows, you should definitely consider getting its elder sibling, the OnePlus 9 Pro.