OnePlus 8T Review: The 'T' version which is good

OnePlus 8T is the recent offering by the company with quad rear cameras, Qualcomm Snapdragon 865 processor, 65W fast charging and more. Is it worth buying? Read on the review to know

OnePlus has had a known-to-all launch cycle: two phones in the first half of the year and two more in the second half. The strategy, however, changed a bit this year. The company brought to us a new OnePlus Nord series totalling up to 7 phones in 2020 -- the OnePlus 8/8 Pro, the OnePlus Nord, the OnePlus 8T, and the Nord N10 5G/Nord N100.

Out of the 7 devices, the 8/8 Pro and the 8T are the high-end devices that have been in the news for their pricing issues. The OnePlus 8T, as the company's ritual, is another variant of the 8 series with some changes. These changes include 65W fast charging and a new colour option, among other things. I got to use the OnePlus 8T to see how the phone is like and whether or not it is really needed. Hence, read on IndiaTV Tech’s review to find out. 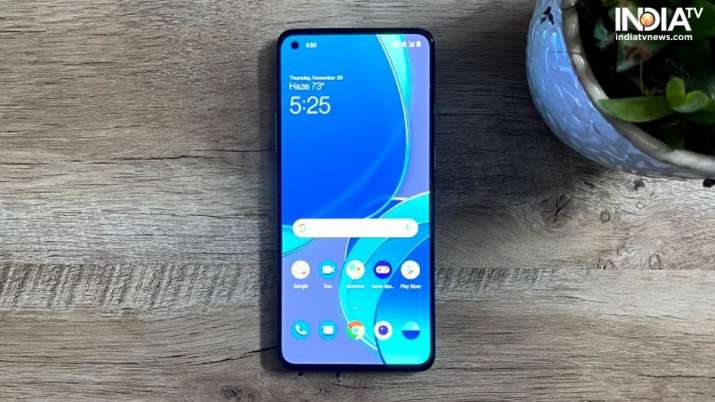 The OnePlus 8T features a slight difference in terms of its looks as compared to previous OnePlus phones. There is a rectangular camera module, much like the one seen on Samsung phones, a glossy back, and a flat display. If you look at it from a distance, it won’t qualify as a device that will turn heads. But, as you look closely, you will see how well the phone has been crafted. I liked the detailed rear camera module and how every element is cleanly-placed. The Aquamarine Green colour is sure to attract. The smoothness and the glossy finish ensure a premium, smudge-free look, which is always likeable. The other colour is Lunar Silver which calls for a more subtle look if you are not into bright colours. 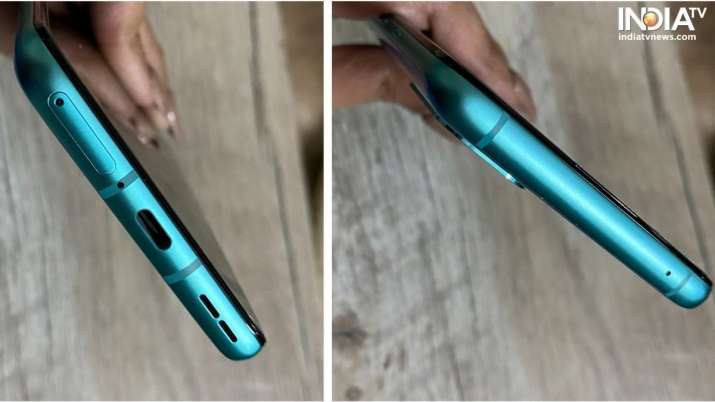 At the front, we get a flat display with a punch-hole in the top left corner. Those who like the idea of flat screens would love the OnePlus 8T. Curved display lovers can any day go for the OnePlus 8 Pro. The display also gets an in-display fingerprint scanner, something OnePlus has been sticking for a while now. The left side has the volume rocker, the right side has the alert slider and the power on/off button, the top has just the mic, and the bottom has the SIM tray, USB Type-C port and the speaker grille (from L to R). 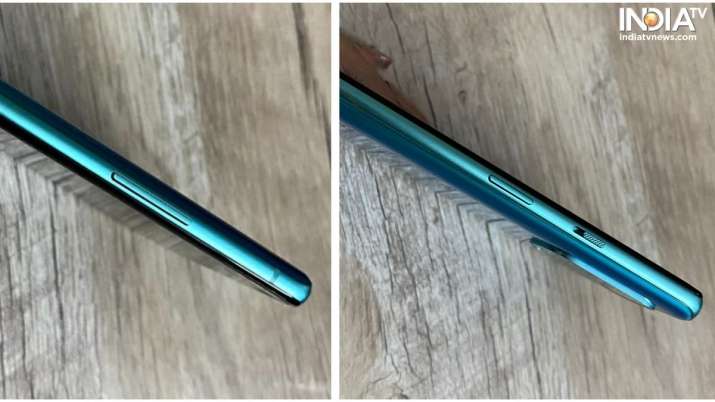 The OnePlus 8T is without a doubt creatively-designed and takes forward OnePlus' legacy of making premium phones. The phones have never looked cheap and continue to never settle in this department stay right now too. This department scores fully for me. 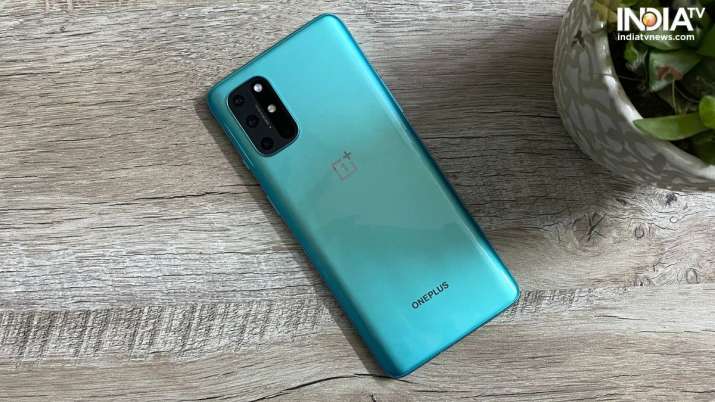 The device gets a 6.55-inch flat Full HD+ Fluid AMOLED display with a punch-hole. The display has a 120Hz refresh rate and supports HDR10+ for brighter pictures. The display configuration is apt enough for the phone to be considered a high-end phone. The display is pretty bright and provides detailed content. You get popping colours and the viewing experience gets quite enhanced. Although, there are times when you can see washed out videos, thus, ignoring the details. At times you will also feel the absence of natural colour production but it isn’t too much for you to dislike the display content. The punch-hole calls for lesser bezels, making room for a better viewing/gaming time. 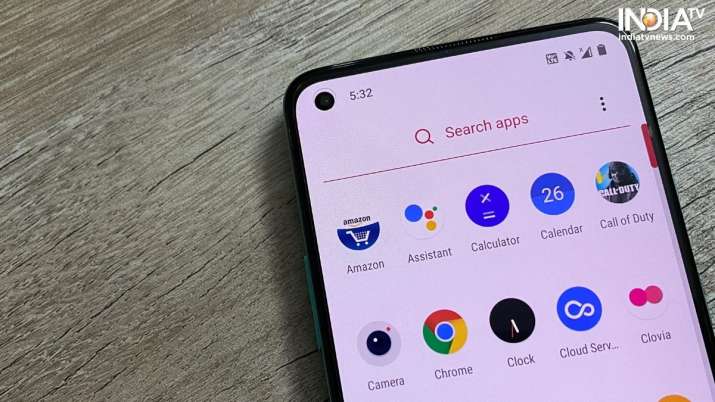 Apart from this, the OnePlus 8T screen gets a 120Hz high refresh rate, which makes the usage really smooth. Scrolling, switching between apps, and the overall usage becomes a cakewalk. However, the high refresh rate isn’t as high I expected it to be. It still feels slower than the 120Hz display on a Samsung Galaxy S20+ or a 60Hz refresh rate of an iPhone 11 Pro. This is an aspect OnePlus should focus on and try improving it for a much smoother performance.

The cameras on the OnePlus 8T are similar to the OnePlus 8 series, except it gets an additional sensor when compared to the OnePlus 8. There is a 48MP main snapper with Sony IMX586 sensor and support for OIS and EIS, a 16MP ultra-wide lens, a 5MP macro lens, and a 2MP monochrome lens. The front is rated at 16MP with Sony IMX471, EIS, and screen flash, The back cameras support dual-LED flash and PDAF+CAF. The phone supports camera features such as the Portrait mode, Nightscape mode, Video Portrait, UltraShot HDR, Pro Mode, Panorama, Smart Pet Capture, and more. 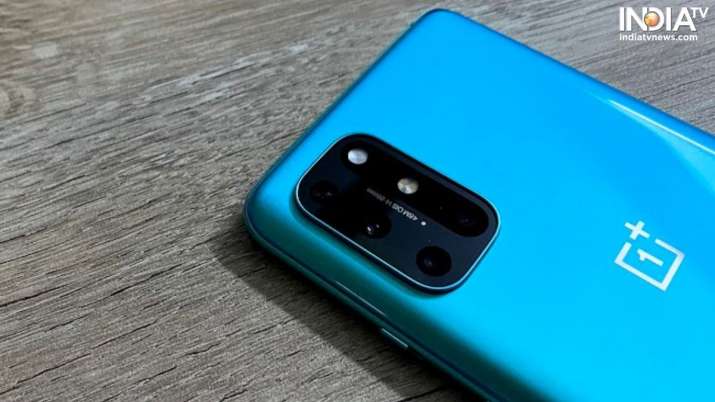 The cameras have been good in most of the shooting conditions I have used them in. You get details and vibrant colours, something we have been getting with the OnePlus phones. While you don’t get natural colours, the processed images don’t appear extra. This appears pretty eye-pleasing for a scene where you get the greener grass, coupled with other elements of the picture. However, as the vividness increases, the details are mostly lost, especially when the images are zoomed in. The ultra-wide mode has been pretty good as it has been able to capture a wide area that you would need. The same shot taken from the 2x mode proved to quite zoomed in. However, there was an issue with colour shifting as the images in 2x zoom are prone to getting undersaturated. The HDR, especially the UltraShot HDR has been a good addition, which highlights the image.

The macro mode captured some bright images but then the details were missing leading to rather sketchy images. This could certainly be improved. The Nightscape mode seems to have improved since the last time I used a OnePlus phone (the OnePlus 7T it was). It now aptly highlights the dark images but oversaturates the images, which appears quite yellow. Among others, the videos were decent. Selfies have been good; you can spot the details, your hair strands, and a lot more. But, the images are processed as usual and I feel OnePlus needs to improve its selfie game now.

Here are the OnePlus 8T specifications:

The device gets the latest high-end Qualcomm Snapdragon 865 processor and two RAM/Storage options: 8GB/128GB and 12GB/256GB. I got hold of the latter variant, which is way too much than a person like me could handle. The phone is a smooth one. It hardly stutters and the smoothness is much more enhanced due to the 120Hz display. While switching between apps, you won’t feel any performance hiccups, even when loads of apps remain open in the background. Clicking images, watching videos, shopping, scrolling through apps, and whatnot, was a cakewalk. I played games such as Subway Surfers, Candy Crush Saga, and even the popular high-graphics game -- Call of Duty (CoD). The phone was able to handle all these games well, the graphics were good, and the battery drop was almost negligible. 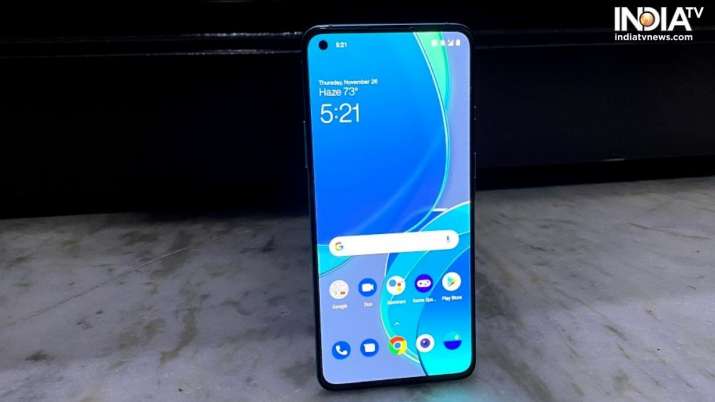 The 4,500mAh battery with Warp Charge 65 is one of the major highlights of the OnePlus 8T, something that will attract you towards it. The battery charges fully in just 40 minutes and this is the speed you would need if you are too lazy to charge your phone. You are in a rush and this phone provides a day’s charge in just about 15 minutes. At 100%, it lasts more than 2 days, which is pretty decent. Since OnePlus phones have been known for their fast charging capabilities, this one’s a noticeable addition. As for the OS, the OxygenOS 11 with Android 11 has proved to be quite decent. OnePlus has ensured the user experience is as smooth as possible and it is ensured in the OnePlus 8T too. The UI is simple, streamlined, and gestures make it easier for you to switch between apps and web pages with ease. There are issues here and there, for which the company tends to provide software updates regularly. For instance, I faced issues with the macro mode as it was unstable. But, the issues have been minor and the overall usage doesn’t get affected. With frequent updates, such issues tend to get solved. 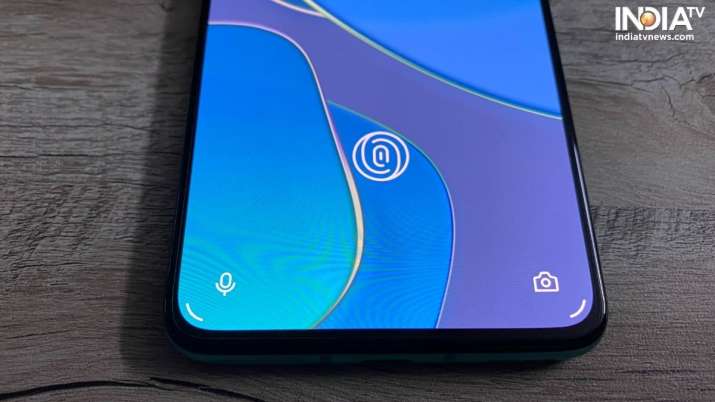 Among others, the in-display fingerprinting has been snappy and the audio has been loud and clear, thanks to the dual stereo speakers.

The OnePlus 8T is the latest offering that doesn’t fall short on the major features we have been getting these days. You get super fast charging capability, smooth and vibrant display, good cameras, and a premium design. Having used the OnePlus 8T, I know it is a phone you should go for if it’s in your budget and you aim for it. But, I still feel that it doesn’t qualify to become a standalone phone when OnePlus already offers these things with the OnePlus 8/8 Pro, especially when Warp Charge is the only motivation you get with it. 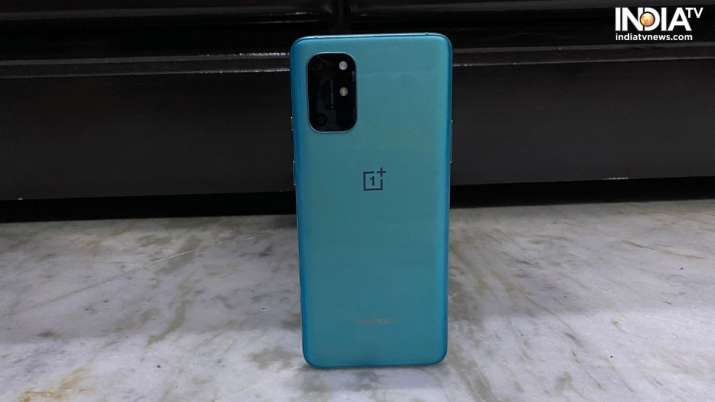 For Rs. 42,999, the OnePlus 8T can be purchased by people who wish to upgrade from an older OnePlus phone or the ones who want to become a part of the OnePlus community. Given that there have bene discounts, you can any day consider the OnePlus 8 Pro for a curved display, IP68 certification, and the same processor and cameras. And if you intend to go for another brand's phone, the Xiaomi Mi 1T series is a really good option with 108MP rear cameras, Qualcomm Snapdragon 865 SoC, and more features.