The only twist in the tale that 2019 served was the rise of the Next Gen power in the form of Daniil Medvedev and Stefanos Tsitsipas.

The script was no different from last year, only with a slight twist. Familiar dominance in men's circuit with Rafael Nadal and Noval Djokovic sharing the four majors. On the other hand, the women's circuit witnessed four different slam winners for the third year in a row amid Serena Williams' continued struggle to equal history. But the only twist in the tale that 2019 served was the rise of the Next Gen power in the form of Daniil Medvedev and Stefanos Tsitsipas.

The story of 2019 remained the same as for the last nine years of this decade. The Big Three maintained their stronghold over the four Grand Slams, although the year did witness the Next Gen finally offering some threat to the famed troika.

Nadal, despite an injury-plagued season, scooped up two majors to stand one behind Roger Federer in the all-time list and finished the year as the No.1 ranked ATP player for the fifth time in his career.

He reached the Australian Open final, but eventually lost to Djokovic in one of the most lopsided-defeats of his career. Struggling through injury thereafter, Nadal returned ahead of the clay-court season only to lose both in Monte Carlo and Barcelona before avenging his defeat against then Serb in Madrid Open final. Nadal then assembled a 12th Roland-Garros title triumph and clinched the US Open title after a blockbuster match against Daniil Medvedev. En route to the two titles, he reached at least the semifinal in 10 out of the 11 ATP tournaments he has participated. Overall, he reached five ATP Tour finals before US Open victory, which includes three Grand Slams semis as well. The last time that the Spaniard achieved this feat was in 2008 when he had won the French Open and Wimbledon title. Nadal topped off his brilliant season by guiding Spain to sixth Davis Cup win without dropping a service game. Not to mention, Nadal also got hitched post US Open win to his longtime girlfriend, Maria Xisca Perello.

Djokovic was touted to achieve a second career golden slam this year after his sensational win against Nadal in Australian Open. However, Djokovic was denied the glory by a young Dominic Thiem in French Open semis. Djokovic bounced back to script one of the greatest comebacks, in the Wimbledon final, with the entire SW19 behind his opponent Federer as he staved off two championship point before winning 13-12 in the decider.
For Federer, the year saw him win his 100th career title and an impressive return to Roland Garros after three years of absence, where he managed to reach the semis for the first time since 2012. Federer was however left slam-less, as failed to extend his present tally to 21. 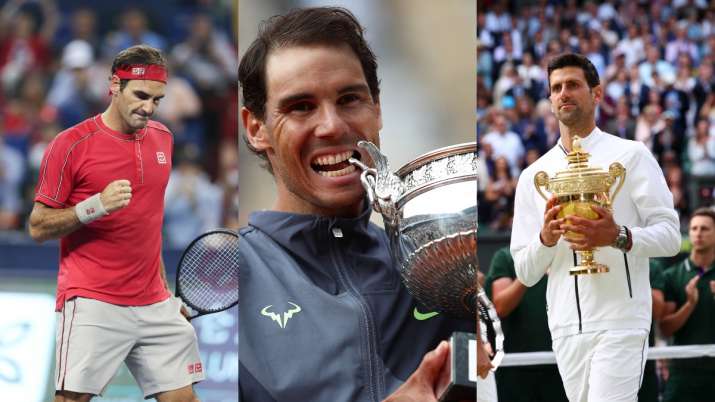 With 23 Grand Slam titles to her name, Serena stands just one short of equalling Magaret Court's record of most majors ever in tennis history, male or female. But Serena has been standing a step away from history since her 2017 Australian Open win. Since returning to 2018, post her maternity leave, the 38-year-old has been denied that one Grand Slam trophy twice (before the start of this year)- against Angelique Kerber in Wimbledon and against Naomi Osaka in US Open, both in 2018. A similar was seen even in 2019. A gutsy Simona Halep overcame the big-serving American to lift her maiden Wimbledon title and second career major, while young Bianca Andreescu denied her the glory at the Ashe in September.

With her win in Melbourne, Osaka won her second consecutive Gram Slam title, but her performance took a nosedive thereafter. She was eliminated in the third round of French Open and lost in the opening round in Wimbledon which resulted in Oska losing her No.1 title. However, with quarterfinal appearances in Canadian Open and Cincinnati, Osaka lost regained the top ranking only to lose it once again after her defeat in the fourth round of US Open. 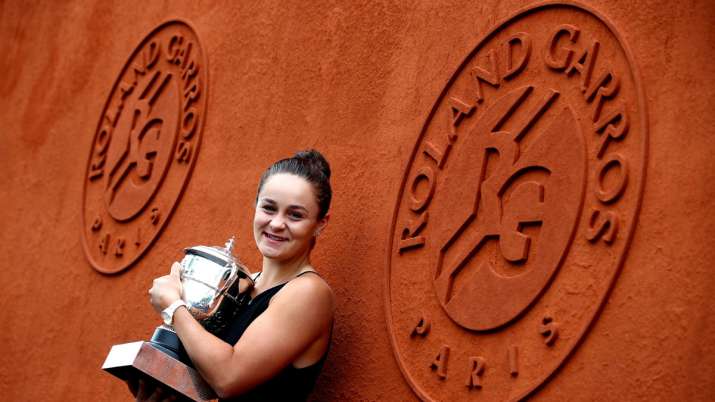 Barty's tale on French Open glory was one of the most inspiring stories in tennis. She had quit the sport in 2014 and ended up playing the Big Bash League for Brisbane Heat. She returned in 2016, had her breakthrough year in 2017 before becoming the first Australian to win a singles titles at Roland Garros since 1973. She also remained the standout player in the WTA circuit for 2019 with 57 wins.

Bianca had her own compelling story. She registered an unbeaten North American summer winning three titles - Indian Well, Rogers Cup and US Open. And in a very heart-warming moment, Bianca had walked up to a tearful Serena after she was forced to retire in Rogers Cup final.

Ahead of the start of this season, three-time major winner admitted that the Australian Open could be his last tournament in his career. Murray has long been troubled by his hips, and eventually, he was forced to take the toughest call in his career. A fighting Murray went down 6-4, 6-4, 6-7(5), 6-7(4), 6-2 in the first round in Melbourne against Roberto Bautista Augt as a packed stadium gave him a standing ovation for one last time.

But Murray returned six months later. His hip resurfacing surgery had given him a glimmer of hope to rejoin the tennis circuit and as soon as he was back on his feet, Murray made his first appearance at the Queen's Club where he won the men's doubles title with Feliciano Lopez. He then formed a dream team with Serena Williams in the Wimbledon in the mixed doubles. And before anyone could even soak in his rising performance, Murray was holding the Antwerp title after defeating Stan Wawrinka, his first title since March 2017.

Next-Gen on the charge

For years tennis critics have been calling out the future generation to stand up and challenge the Big Three. And 2019 was the first time that the threat of the Next Gen was felt with Medvedev and Stefanos Tsitsipas having a standout year.

The lanky Russian headed to the flushing meadows on the back of a superb run in the North American hardcourt season, winning his first 1000 Masters title in Cincinnati. However, he was looked upon as a villain at the start of US Open owing on his on-court theatrics. But just like Rocky Balboa had managed to get the hostile Russian crowd behind him the match against Ivan Drago, Medvedev turned the crowd's perception with his performance. Such was his prowess that he even produced a massive scare to Relentless Rafa, forcing the summit clash to a five-hour marathon. Medvedev eventually finished the season with 59 tour wins - the most in 2019. 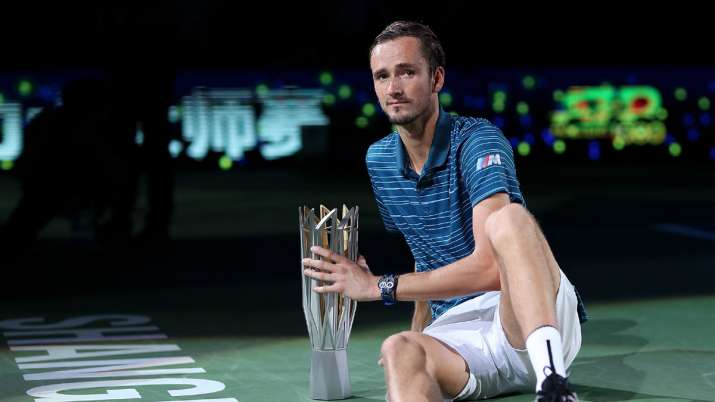 Tsitsipas' claim to fame was his win against Federer in the quarterfinal round in Australian Open. He then defeated Nadal on clay in Madrid Open and outclassed Djokovic in Shanghai Masters quarters. He capped off the year with ATP Tour Finals trophy in what was his debut appearance. The Greek in fact became the become the youngest winner of the year-end championship since Lleyton Hewitt in 2001.

Sumit Nagal on the rise

None had even heard of the Delhi boy until an early morning news flash showed that Nagal will be up against the Roger Federer in the opening round of US Open 2019. And the way Nagal handled the moment was remarkable. He refused to be nervous and be intimidated by the presence of Federer as he managed to grab a set of the Swiss Maestro. Nagal eventually lost the four-setter, but continued with his flair to win a title in Buenos Aires, finished as runners-up in Banja Luka, and made six other semifinal appearances on Challenger Circuit. He finished the year at No.134 after starting from 340.