The spin pair of Moeen Ali and Ravindra Jadeja spun the game around in a spell of four overs to bury all hopes for Rajasthan in the battle for consistency in IP 2021.

The dew factor subdued Deepak Chahar as Rajasthan Royals' opening pair provided a promising start to their chase of 189 at the Wankhede Stadium, Was 188/9 a good score after all? An hour later, Rajasthan were seven down for just 95 with Rahul Tewatia their last batting hope. The spin pair of Moeen Ali and Ravindra Jadeja spun the game around in a spell of four overs to bury all hopes for Rajasthan in the battle for consistency in IP 2021.

Should CSK drop Ruturaj Gaikwad as their opener?

Gaikwad retained his spot at the top of the order by virtue of his three consecutive half-centuries at the fag end of CSK's forgettable season in the UAE. However, Gaikwad has had a quiet start to the new season, scoring only 20 runs in 37 balls in three innings at 6.66, which includes a 13-ball 10 that he registered in the match against Rajasthan Royals. This has directly affected Chennai's scoring rate in the PowerPlay this season. Standing at the bottom of that table, CSK have been scoring at 5.7 runs per over this season, almost three runs less than top-placed Delhi Capitals. CSK have overall been the worst team in the PowerPlay since IPL 2020, with a scoring rate of 6.48.

As opined by former cricketer Sanjay Manjrekar, CSK can promote Moeen Ali at the top of the order which will also provide a left-right combination and also allow them to make way for Krishnappa Gowtham, who was roped in for a record INR 10.75 crore. CSK can still afford to bat deep and have an extra bowler in their arsenal.

"CSK have a great batting depth. Dwyane Bravo comes in at No.9 and Sam Curran at No.8 and that tells a lot about their batting depth. So I would want one change, although it would be unfair on his part after his performances last season - drop Ruturaj and promote Moeen as an opener. It will give them a different kind of start with a left-right combination. Moeen also performed well in the previous game and the pair would look great for CSK at the top," Manjrekar had said in an exclusive conversation with India TV Cricket. 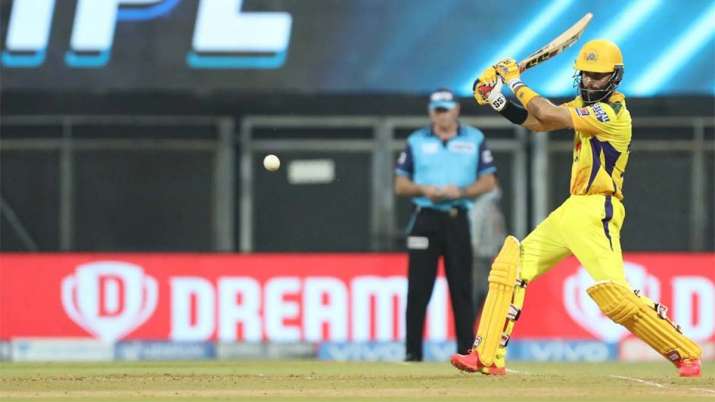 CSK also have the experienced Robin Uthappa, whom they traded from Rajasthan Royals ahead of this season, to replace Gaikwad.

After Moeen was undone by the shortish googly from Tewatia, Sanju Samson looked towards his spin duo to take on the experienced pair of Raina and Rayudu. But both Riyan Parag and Tewatia were clobbered for four sixes as the spin pair conceded 30 runs in two overs. CSK's score subsequently soared to 112 for three in 12 overs, forcing Samson to go back to his left-arm pacers.

Since 2019 in IPL, Rayudu has a strike rate of 101.6 against the variety with five dismissals in 63 balls, the least against any bowling type. While it might have been a conscious decision to go back to his pacers, the target was probably to get rid of Rayudu. However, even Raina has shown struggles against the variety with a  strike rate of 117.8 against this bowling type with four dismissals in 45 balls since IPL 2019.

Unadkat leaked only eight runs on his return before young Chetan Sakariya delivered with both the wickets and change of pace was the key. Against the short ball, Rayudu charged out to slice it straight to Parag at sweeper cover. Three deliveries later, Sakariya dished out a fuller delivery and Raina made room to loft it over, but failed to get the elevation as he holed it out to Morris at mid-off.

Should CSK have sent Sam Curran ahead of MS Dhoni at No.6?

According to CricViz, Dhoni's scoring rate in the first 10 balls of his innings (min. 10 innings) since IPL 2020 has been 5.2 runs per over, only better than Shane Watson, a former CSK player. During the same period, the CSK skipper has recorded a positive Batting Impact in only three of his 14 IPL innings. 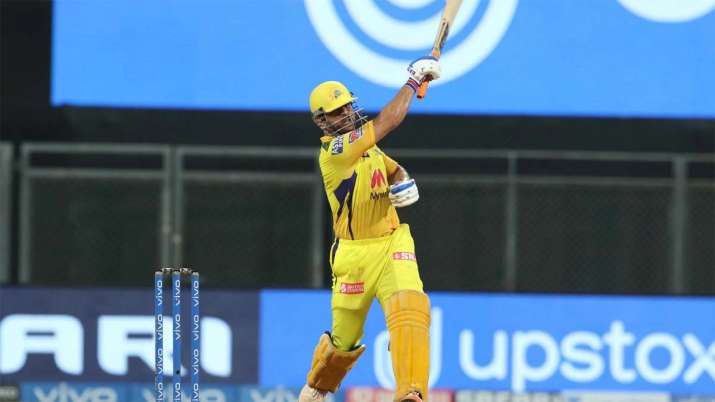 With CSK still having a run rate of around 10 after Raina and Rayudu's dismissal in the 14th over, the team could have looked accelerate even further with the inclusion of Sam Curran who, until then scored 38 runs in 28 balls in two matches at a strike rate of 135.7. But it was Dhoni who walked in and managed an 18-ball 17. CSK's run rate dropped to 8.4 at the time of his dismissal. Curran walked in next to score 13 off six.

In the previous game, Chahar finished with one of his best performances in IPL with the new ball with the figures of 4 for 13, three of which were picked in the PowerPlay. On the back of the performance, Chahar bowled three overs in the PowerPlay in the match against Rajasthan as well but was smashed for four boundaries and a six, four of those shots coming off Buttler's bat as Chahar leaked 32 runs at an economy rate of 10.70. It was Sam Curran who provided the breakthrough, removing Manan Vohra, the other opener, for 14, in the fourth over.

Since 2019, Buttler has a strike rate of 160.4 against slow left-arm orthodox, the most against any bowling variety, falling only once in 73 balls, scoring 111 in 13 innings. However, it was one moment of brilliance that changed his fate and that of Rajasthan Royals. in the 12th over, one run short of his fifty, Buttler looked flick Jadeja for a single, the ball turned enormously past his bat to rattle against the off stump. Buttler departed for 49 and this begun the Royal collapse.

Striking for the second time in the same over, Jadeja dismissed the struggling Shivam Dube before Moeen Ali came from around to wicket to trap Miller in front of the middle stump. And over later, he returned to dismiss Riyan Parag and Chris Morris as Rajasthan fell from 87 for three in 11.1 overs to 95 for 7 in 14.3 overs.