Chennai Super Kings will aim to regain momentum after three successive losses when they meet Delhi Capitals in the all-important Qualifier 1.

Mahendra Singh Dhoni’s Chennai Super Kings (CSK) stuttered towards the end of their IPL 2021 league stage campaign with three successive losses. CSK conceded defeats to Rajasthan Royals, Delhi Capitals, and Punjab Kings in their final three games and will be aiming to regain momentum when they take on the Rishabh Pant-led Delhi Capitals (DC) in Qualifier 1 on Sunday.

The Super Kings were the first team to secure a playoff berth after an excellent start to the UAE leg of the season, winning their first four games. After securing qualification, the Super Kings tried different combinations in their batting order as well as the bowling lineup but the experiments didn't reap rewards, as the side fell to the second position in the final standings with three losses on the trot.

IPL 2021: Not too worried about defeats as it can change quickly, CSK coach Stephen Fleming

Ahead of their all-important Qualifier 1 game against a side that beat them on both occasions this season, MS Dhoni and co. will be well wary of the issues which ailed the side towards the end of the league stage. As CSK meet DC for a place in the final, let’s take a look at some of CSK’s major concerns: 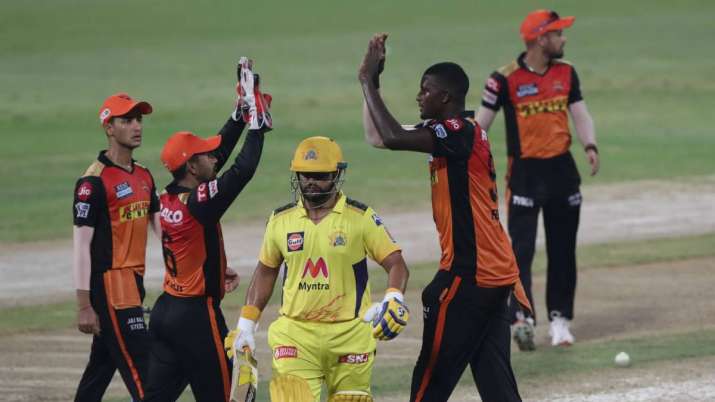 Ahead of their game against RR, the Chennai Super Kings promoted Suresh Raina at number three and rested the likes of Dwayne Bravo and Deepak Chahar. Raina has had a forgettable IPL 2021 so far, as he averages only 17.77 this season so far, having scored only 160 runs in 12 matches. In the UAE leg, his numbers are worse as the batsman failed to cross double-figure mark in three matches.

Raina could only score 3 off 5 deliveries at number three. He was later replaced by Robin Uthappa owing to a knee injury in the remaining two games.

Ahead of the match against DC, the CSK may find it prudent in reverting Moeen Ali at number three in the batting order. The English all-rounder has been impressive for the side in this season, having scored 304 runs at a decent strike rate of 133.33. In the UAE leg, he played handy knocks at no.3 in the first three games (23 against RCB, 32 against KKR, and 17 against SRH).

In CSK’s last two games against Delhi Capitals and Punjab Kings, MS Dhoni promoted himself in the batting order. Against DC, Dhoni struggled to get momentum as he scored 18 off 27 deliveries, while in the game against Punjab Kings, he was dismissed by a googly from Ravi Bishnoi as his strike rate remained below 100. (12 off 15 deliveries)

Ravindra Jadeja, meanwhile, has played impressive cameos for the CSK in the lower-middle order, upping the ante on a number of occasions to provide the side with a strong finish. Batting at 6/7 in the order, Jadeja has scored 70 runs in four innings in the UAE leg (unbeaten in 3 of them) at a brilliant strike rate of 166.66.

On form, Jadeja could be promoted above the CSK captain in the batting order, especially against a fierce Delhi Capitals bowling attack which has been in brilliant form in the second phase of the tournament. 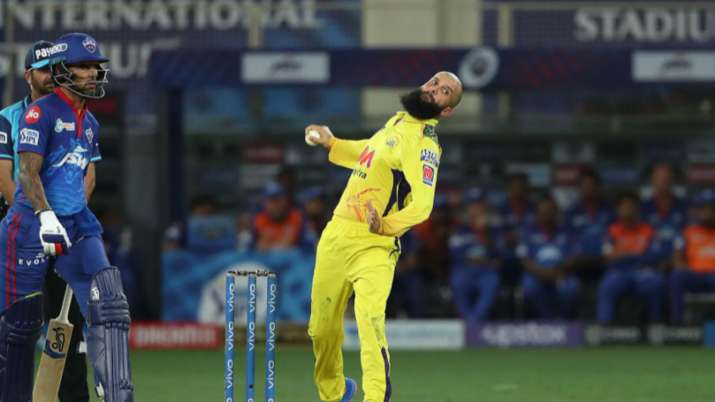 The CSK bowling lineup proved expensive in the side’s last game against PBKS. The Punjab Kings chased down the 139-run target in merely 13 overs, posing questions over the bowlers’ form. Deepak Chahar returned with figures of 1/48 in four overs while Dwayne Bravo, who is set to take the all-rounder duty in absence of Sam Curran, conceded 32 runs in merely two overs.

The Chennai Super Kings have been significantly reliant on their pace battery over the past few seasons. In the game against the Delhi Capitals, however, Moeen Ali could also play a key role for the side. With the presence of multiple left-handers in their lineup (Prithvi Shaw, Shikhar Dhawan, Shimron Hetmyer, and Rishabh Pant), Moeen’s off-spin could play a crucial part for Chennai.