Axar, who has a ton and 13 half-centuries in First-class cricket, is likely to get a chance to flaunt his batting side when India line up against England at the same venue for the fourth and final Test of the series.

Minutes after Joe Root registered his maiden five-wicket haul on a so-called subdued Motera strip, Rohit Sharma lunged down the track and hit the England skipper for a huge six over midwicket, wrapping up the pink-ball Test in just over five sessions and handing India a famous win in Ahmedabad. A virgin Motera strip -- questioned by many former players for not being suitable to orchestrate a five-day Test match -- weighted in favour of spin as the Axar Patel-Ravichandran Ashwin was the wrecker-in-chief with the pink cherry.

Across two days which resembled a Twenty20 carnival with a turning track as the protagonist, India crushed the visitors by 10 wickets to go atop the World Test Championship table and take a 1-0 lead in the four-Test series.

IND vs ENG: India can win against odds in all conditions, a mark of all great teams, says Hayden

While Ashwin's milestone was no less than a prodigious feat, it was Axar who pulled the strings at the Narendra Modi Stadium. Playing only his second Test and coming into the side as a like-for-like replacement for an injured Ravindra Jadeja, Axar had big shoes to fill. Jadeja and Axar, two Gujarati left-arm spinning all-rounder as skipper Virat Kohli put it, have a few things in common, at least in the bowling wing.

Apart from belonging to the same state, both the tweakers rely on their pace and a stump-to-stump line to confine the opposition batsmen. That's exactly what Axar did on a rank turner at Motera but ironically, it was his arm ball and wicket-to-wicket accuracy that fetched him wickets. England folded for 81 in their second innings, their lowest ever Test total against India, falling prey to Axar's approach. He took 11 wickets and became the first Indian in the history of Test cricket to take 10 wickets in a Day-Night contest.

"Stuart Broad, James Anderson and Jofra Archer have been licking their lips," Ben Stokes had said ahead of the pink-ball Test. However, across 140.2 overs in Ahmedabad, it was spin all over. While Axar and Ashwin spun the web, Root and Jack Leach also left an impact by bundling out India for just 145 in the first innings, keeping England in the game until an anticlimax in the second innings saw them getting knocked out from the WTC final.

India, however, will now face a happy headache on the spin-bowling front. Axar, previously lost amid the Ashwin-Jadeja and Kuldeep-Chahal duo, will add a new dimension to the spin weaponry, especially in home conditions. One won't lift a finger to argue over Jadeja's all-round abilities being superior to Axar. But if the team management decides to include Axar as a bowling all-rounder, we could very well see Axar, Ashwin and Jadeja conducting India's spin unit, possibly on home tracks.

Dubbed as one of the best all-rounders in modern-day cricket, Jadeja puts more on the table, combining his tight line with lower-order knocks and exceptional fielding. He had fractured his thumb in the third Test of the Border-Gavaskar Trophy and wasn't included in the Test and T20I squad against England.

Axar, who has a ton and 13 half-centuries in First-class cricket, is likely to get a chance to flaunt his batting side when India line up against England at the same venue for the fourth and final Test of the series.

"It seems easy when it (Test-match five-for) happens, otherwise it feels different. Now that it's happening, I just want to continue my work - not thinking it's easy or difficult. Now that I am taking wickets, no one is making fun of my batting. But I hope to contribute with the bat more too," said Axar after bagging the Man of the Match award in the third Test. 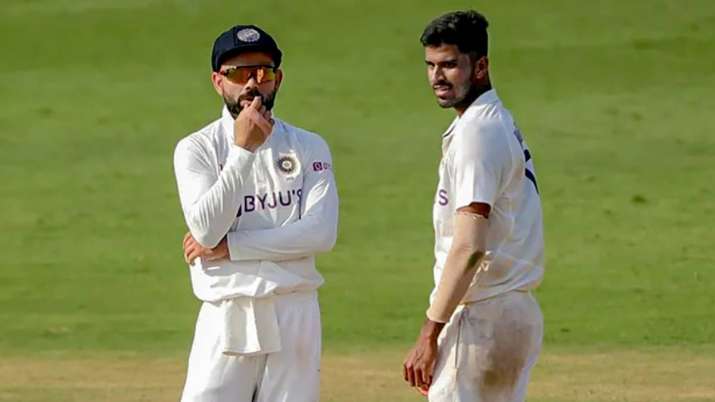 Not long ago, Washington Sundar became a household name across India and Australia. Not only did the all-rounder create multiple records on his Test debut, but also played a crucial role in India retaining the Border Gavaskar Trophy. Sundar was roped into the playing XI for the Brisbane Test after a back injury to R Ashwin. After picking up a three-wicket haul with the ball, Sundar went on to score maiden Test fifty. Shining on the batting front, he added a 121-run stand for the seventh wicket - the highest seventh-wicket stand by India in a Test match in Brisbane.

Washington, 21, was included in the pink-ball Test as India wanted someone who can bat as well. “We wanted to have a spinning option and Washi (Sundar) provides a lot with the bat as well. And having a cushion with the bat helps especially in this situation when we bat second as the game could be evened out after the first innings,” skipper Kohli said at the toss.

However, after a Test that saw Sundar's inclusion being of very little use, he might be pipped by Jadeja or Axar in future, with India going with the troika of Ashwin-Jadeja-Axar on home turf. 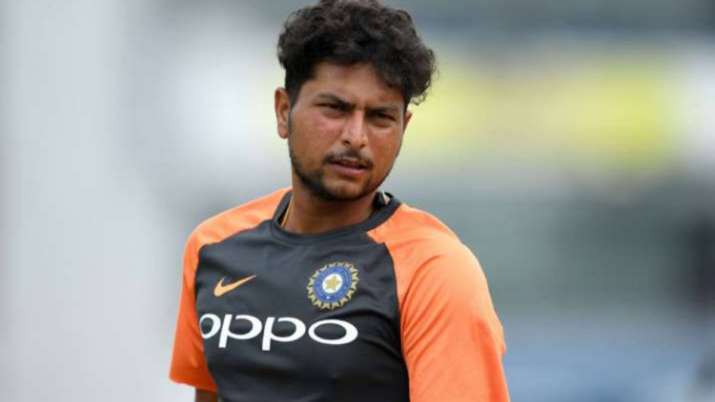 Kuldeep Yadav would've hoped for an extension when he made a return to the Indian Test set-up after over two years with the second Test in Chennai. On a rank turner at Chepauk, Kuldeep replaced a hapless Shahbaz Nadeem who conceded as many as 233 runs in the first Test.

Kuldeep, on his much-awaited return, plucked two wickets and didn't go much wrong before he found himself warming the benches again. Though it was Washington who came back into the side at Kuldeep's expense, he didn't have much work to do with the pink cherry, with Axar single-handedly stealing the show. India now Ashwin, Jadeja and now Axar to play ahead of Kuldeep, sharply reducing Kuldeep's chances of a turnaround.

Talking about Nadeem, luck has been playing a major role in deciding his fate. Axar was initially slated to play the first Test before a last-minute injury ruled him out, making Nadeem toil on a flat deck in Chennai. Within a few days, Nadeem finds himself amid two potent all-rounders, Ashwin and Axar, who can contribute with the bat as well.

The grind in picking India's bowling starters has never been harder. The pace unit, comprising Jasprit Bumrah, Ishant Sharma, Mohammed Shami, Navdeep Saini and Mohammed Siraj looks stacked. With Hardik Pandya's return, the team management is likely to prefer him over Washington when it comes to selecting a batting all-rounder. While Nadeem and Kuldeep can still squeeze into the Test set-up, Axar seems like the final piece of the jigsaw puzzle.