Virat Kohli finished 2019 with over 2000 international runs -- the sixth time he has achieved in his career.

When you ask what does Virat Kohli eat? You would say 'vegan' food but in reality, it looks like he feasts on runs and just runs alone because another year has passed by and Kohli has once again piled on a mountain of international runs. The Indian captain finished 2019 with 2455 international runs across all the formats.

Kohli also ended the year with the most number of runs (2455) with Rohit Sharma behind him at 2442.

What adds to Kohli's immense success with the bat is India's performance in the World Test Championship as well. So far, India have played seven games, winning all of them and have accumulated 360 points, which is a mammoth 144 more than second-placed Australia, who have 216 from 8 games.

India first played West Indies in a two-match series and won both of the games before hosting South Africa in a three-match series at home, where they completely outclassed the Proteas across the three games and ended their Test duties with a two-match series win over Bangladesh, which also included the historic 'Pink Ball' Test in Kolkata that India won within three days. 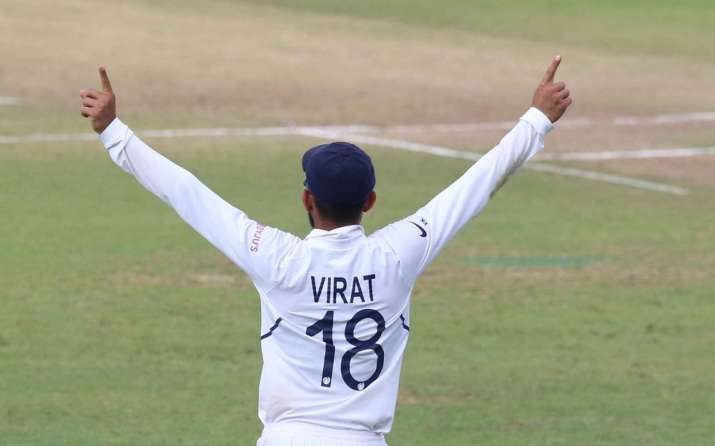 During the process, Kohli also became India's most successful captain in Test cricket. Under him, India have played 53 Tests, winning 33, losing 10 and drawing 10. The 31-year-old now has a win per cent of 62.26 -- the most for a Indian captain with at least 30 matches as captain. Kohli is now just 8 games away from overtaking Mahendra Singh Dhoni in the list of most Test matches captained for India. The former India captain led in 60 games, winning 217, losing 18 and drawing 15.

However, all was not rosy for him this year.

India failed to win the World Cup after they were knocked out by New Zealand in the semi-finals and his captaincy was also under the scanner during the Indian Premier League, where Royal Challengers Bangalore witnessed another disappointing season and finished last.

In the World Cup however, India were in imperious form and won all their matches barring a loss to England in the group stages and were favourites going into the semi-final. But, the Manchester weather had other plans and in the end, India bowed after a loss to the Black Caps in a game that spilled over to the reserve day.

But, once again, Kohli on his part did the job well with the bat on both the occasions. While he smacked 443 runs from 9 matches (second highest after Rohit's 648) in the World Cup, in the IPL, he recorded 464 from 14 games for RCB. He finished as the highest run-getter for Bangalore and eighth highest overall.

For Kohli therefore, it was another year of great success on a personal note as well as in Test cricket, which he continues to push as the highest and best format. In limited-overs, the goal wasn't achieved. But, in 2020, he and Team India will have one more chance when they go Down Under for the World T20 in October-November and perhaps, this time around, it could be Kohli's year to finally lift an ICC trophy in coloured clothing as the captain of the Indian cricket team.