Former KKR batsman Robin Uthappa praised Shah Rukh's energetic personality and said he is a mystery to me.

Shah Rukh Khan is undoubtedly one of the most prominent figures in India. The Bollywood actor has built an empire for himself with more than 25 years of hard work. Apart from being a Bollywood megastar, Shah Rukh has also invested his money in cricket with co-ownership in franchise leagues. The superstar is a co-owner of Indian Premier League franchise Kolkata Knight Riders, Caribbean Premier League team Tribago Knight Riders and South Africa's T20 league team Capetown Knight Riders.

Since the inception of IPL, Shah Rukh is associated with KKR and has been a strong pillar of the team. During the initial season, when the team was not performing well, SRK stood strong with his team and decided to bring some change in the camp with Gautam Gambhir as captain. The team won two IPL titles under Gambhir's leadership.

I tried to alter my technique to suit Test cricket at wrong age and lost aggression: Robin Uthappa

Former KKR batsman Robin Uthappa praised Shah Rukh's energetic personality. Recently in an interview to BBC on their Doosra podcast, host Isha Guha recalled a memory from a KKR's party after they won 2014 IPL and said Shah Rukh was leading the dance floor during the celebration.

“The man’s energy is kinda impetuous. He lifts everyone off the chairs and brings them on the dance floor. He’s a mystery to me,” Uthappa replied, who was part of KKR's winning team in 2014. 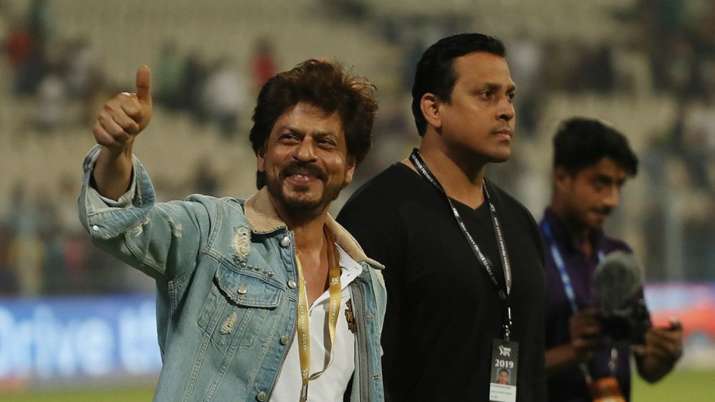 "I was in Kolkata last year and was invited to the match between KKR and Kings XI Punjab. I was delivering a speech and from thereafter the dinner was escorted straight to the Eden Gardens for the match. It was at fag end of the match when I reached and was led straight to Shah Rukh's den and was introduced to him. I had a formal introduction with him and that is when I realised that he is an ardent fan of the game and a very passionate owner," Gower said on a freewheeling chat on 'Q20', an initiative by GloFans.