For the second time in three days, Indian cricket witnessed a scene they longed for, one that troubled them the most in their build-up to World Cup 2019.

The venue was same, the pitch different, but situations similar. In the chase to 133, the third-lowest target at Eden Park, one which even Brian Lara (on the Broadcaster's show) predicted to be a 15-over affair, India were reduced to 39 for two inside the powerplay. Struggling on the slowish track in Auckland, unlike the track used on Friday, Rohit Sharma departed for 8 while Virat Kohli managed only 11. The onus was hence on the young shoulders of KL Rahul and Shreyas Iyer. And barring a misfortune for the Kiwis - when Rahul was left stranded in the middle on 42 - the pair negated the pressure cautiously to guide India past the target with 15 balls to spare.

For the second time in three days, Indian cricket witnessed a scene they longed for, one that troubled them the most in their build-up to World Cup 2019.

The Big Three - Kohli, Rohit and Shikhar Dhawan - were lauded for their supremacy in ODIs for scoring more than 50 per cent of India's runs, roughly as many centuries and resulting in victories in the team's preparation for the last World Cup. The troika had safely shielded the middle order, leaving them untested until the semifinals in Manchester.

The need for hope beyond the Big Three was once again a concern as India began their journey for World T20. And for the later part of 2019, the topic remained hot debated among most veterans and analysts with each throwing in their opinion. All until 2020.

The year started off with discussions on World Cup possibilities, Rahul vs Dhawan as the second opener and the happy headache in the bowling lineup. Five T20Is into the year, and India can heave a sigh of relief. In Rahul and Iyer, India have truly found options who can give India the impetus even in the absence of the Big Three.

The pair had pulled off the escape for India on Friday in a chase to 204, and they put their hands up once again, albeit in a different circumstance. In the opener at the same venue, Rahul had set the tone after Rohit's early departure, and combined with Kohli to add 99 runs for the second wicket. India's run-rate remained well over 10 in the chase with the pair set to embrace the slog overs. But both were dismissed in successive overs, with the skipper departing off a spectacular fielding effort in the deep. Such acts tend to improve the morale of a team to the highest levels, making it difficult for the incoming batsman to sustain the pressure.

Iyer shrugged it off in style with a perfectly-timed shot to the long-off boundary off his back foot, picking up from where he had left in the ODI series against Australia in Bengaluru. But in Eden Park, he was a notch higher.

India managed 22 runs in three overs around the time when Rahul and Kohli departed. The equation stood 75 needed off 48, implying a considerable part of the chase yet to covered. But a cautious Iyer paced his chase in an incredible manner, hammering down every bowling tactics that the Kiwi attack threw, before scoring his unbeaten 56 at more than 200 a strike rate to guide India past 204 inside 19 overs. 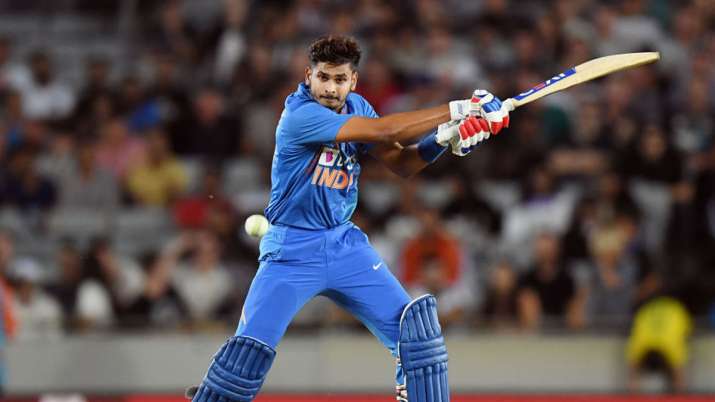 Sunday chase however required a different approach. Rahul had gotten off to a good start, managing 20 off 14 deliveries, before Kohli's dismissal in the sixth over. The onus was on Rahul and Iyer for the remainder of 93 runs off 88 deliveries. Cautiously withstanding the pressure from the spinners, Rahul broke the shackles with a four steered wide of the keeper to the third-man boundary. That was the sole boundary in the 21 deliveries from the spinners since Kohli's dismissal and the pressure remained tight on the Indian pair. But all was exhaled with a massive six over long-on by Iyer against Ish Sodhi.

The calm and composed approach against the spinners left India in control in the chase and the broke free as with Rahul's six and four off back-to-back deliveries against Tim Bennett in the 16-run 15th over. The boundary helped Rahul complete his second consecutive half-century on the tour. And Iyer attacked Blair Tickner in the very next over - a six sent downtown and a boundary ramped over the keeper's head. India required 15 more of the final 24 deliveries and Iyer reduced the equation to a single digit with a gigantic maximum over long-on against a  tossed up delivery by Sodhi. 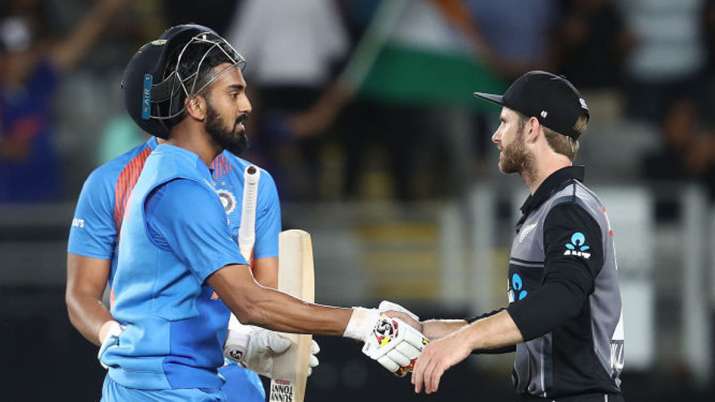 It was indeed a difficult chase on the track where the ball was stopping. On quite a few occasions, they did mix-up their runs ups between the wicket. But the two played in different gears and showed their class by comprehending the situation aptly. To show such composure in such a delicate situation, and in the absence of Rohit and Kohli and an injured Dhawan, does show signs of a quality player.

It may still be a long road for India and two will have to display their consistency in the format in the build-up to World T20. But Iyer and Rahul have truly emerged as relieving options for India apart from the Big Three.