India vs Australia: Can Virat Kohli turn the tables in the battle with Jhye Richardson? Matthew Hayden weighs in

During India's tour of Australia, Richardson got the better of Kohli by dismissing him thrice in a row, however, Matthew Hayden feels that the 'scenario' will be different this time.

Scalping the prized wicket of Indian skipper Virat Kohli on his ODI debut, Jhye Richardson got the destructive batsman's number not once, not twice, but three times during India's tour of Australia. Richardson troubled Kohli, however, that was on Aussie soil. Former Australian batsman Matthew Hayden feels that the 'scenario' will be quite different this time. 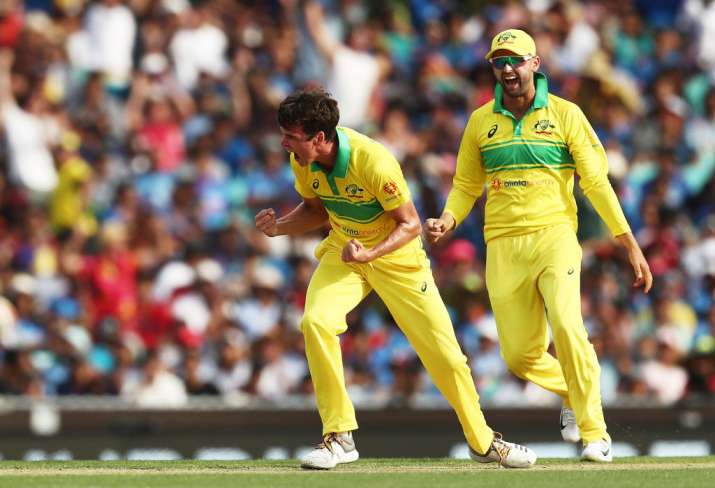 In Australia's limited-overs tour of India, the two rivals are slated to play two T20Is and five ODIs respectively.

With the Indian skipper back in the squad after being rested for the New Zealand tour, Kohli will aim to go big and increase his tally in the ODI century department.

The legendary batsman opinions Kohli will get the better of the 28-year old pacer in the upcoming T20I and ODI series.

“In the recent series (in Australia), Virat did have some trouble against Richardson, who played beautifully, taking Virat’s wicket thrice. But, I believe it will be a very different scenario this time around. Jhye is a young player, not with a lot of experience of playing cricket in India, so I believe Virat will be dominant in this one,” Hayden was quoted as saying by Times of India.

With Kohli on 39 ODI centuries, the five-match ODI series can be the perfect opportunity for the Indian skipper to increase his centuries list as he is 10 tons away from levelling with the Master Blaster, Sachin Tendulkar.

In the battle between Rohit Sharma and Jason Behrendorff, Hayden feels that the pacer is 'is tall, has good pace and bowls into the wicket' and can pose a challenge for the Men in Blue, however, Hayden cautions that the opener 'is right on top of his game'.

For the upcoming series against Australia, India announced the squads for the ODIs and T20Is, where KL Rahul makes a comeback to the team after impressing in India A, however, Dinesh Karthik has been left out for the 50-over matches.

Rookie leg-spinner Mayank Markande comes into the T20I squad in place of Kuldeep Yadav who has been rested.