With coronavirus pressing the pause button on world sports with major events getting suspended or cancelled, we bring to you the list of India's top-six greatest Test match wins in modern era, with the matches arranged chronologically.

India are now an invincible side on home turf and world dominator in Test cricket overall. But the story was far different at the turn of this century. While the overseas struggle remained the same, tours to India had lessened. Since Pakistan's 1986/87 tour, only two teams had played in India till the end of the previous century with one ending in a defeat and the other in a draw. India were still in a phase of building a team, confident enough to negate any difficult force in cricket, under the captaincy of Sourav Ganguly and guidance of John Wright. And over the course of the next few years, India scripted some stupendous victories before becoming the world no.1 side for the first time ever in 2009, under MS Dhoni.

With coronavirus pressing the pause button on world sports with major events getting suspended or cancelled, we bring to you the list of India's top-six greatest Test match wins in modern era, with the matches arranged chronologically.

1) vs Australia, Eden Gardens, 2001: If there was truly a ranking system, this Test match would easily sweep the first spot for it was and still is, arguably India's most memorable win. And not just for the manner of the victory. Australia were cruising on a 16-win streak including the victory in the series opener in Mumbai. They were the invincibles, led by the charismatic Steve Waugh, and were a world dominator in the format. But India pulled off the unthinkable at the iconic Eden Gardens despite a follow-on.

Harbhajan Singh became India's first bowler to take a Test hat-trick, yet Australia finished with a mighty 445 in the first innings before folding the hosts for just 171 and subsequently enforced a follow-on. VVS Laxman, walking in at No.3, then changed the course of the game, with a colossal 376-run stand for the fifth wicket alongside Rahul Dravid, a partnership etched in cricket folklore. The negated some of the best Aussie attacks throughout day 4 before India declared at 657 for 7 on the final morning leaving Australia to chase 384 in little more than two sessions.

By the final session, seven Australian wickets stood tall with a draw looming large. But it was the post tea when the drama unfolded. Harbhajan dismissed Waugh and Ricky Ponting in the same over while Sachin Tendulkar got rid of Matthew Hayden, Adam Gilchrist and Shane Warne for ducks. India were inches away from a sensational win but the last two batters showed considerable resistance. But with just six overs left, Harbhajan dismissed the last man, Glenn McGrath, taking his 13th wicket in the game as India defeated Australia by 171 runs.

2) vs England, Leeds, 2002: England has forever been a difficult country to win a Test match in for India. In 88 years since their first tour, India have managed just seven wins in 62 games. And among those seven, this win, back in 2002 at the Headingley, stands atop as one of the most memorable wins for India in Test history. This was also the first time ever when Rahul Dravid, Sachin Tendulkar and Sourav Ganguly each scored a hundred in the same game. Moreover, the figures that India recorded with the bat and their winning margin was their best ever outside Asia.

One of the primary reasons behind India's continued struggle in England have their inability to adjust to the swinging conditions. Headingley then was covered by a dark and unwelcoming cloud, a condition in which the hosts have forever been a daunting force. Despite the conditions, India opted to bat first and Dravid and Sanjay Bangar frustrated English attack throughout day one en route to which the former scored his 12th Test century, which was followed by his 115 at Trent Bridge in the second Test. On day two, Ganguly and Sachin combined to negate England's round-the-wicket strategy. India finished with 628 for six - the most they had amassed outside Asia at that time. 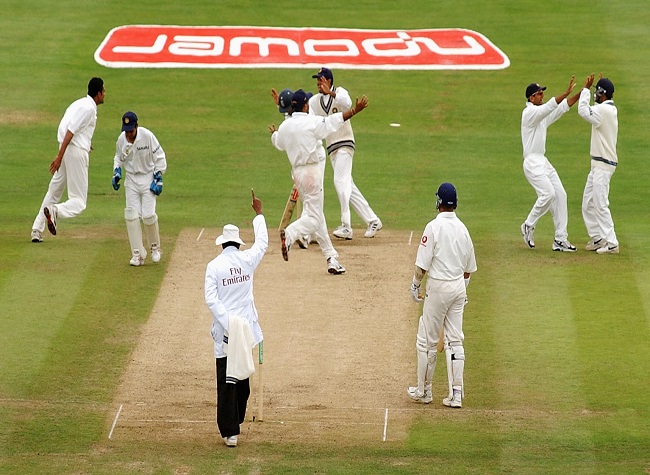 Harbhajan and Anil Kumble then combined to pick six wickets as England were forced to follow-on. Captain Naseer Hussain put up a valiant 110, but Kumble's 4 for 66 had reduced England to an innings defeat in Leeds.

3) vs West Indies, Jamaica, 2006: Despite the aforementioned impressive wins, India were still without a significant Test series victory. Since their famous 1986 win in the English summer, India had won just one Test series outside Asia, in Zimbabwe in 2005. In June 2006, India had arrived in West Indies. They were the outright favourites to win the contest yet the scoreline was 0-0 heading into the final Test at Sabina Park.

India once again incurred a poor start, going down 3 for two on a tricky pitch with unpredictable bounce. Wickets kept tumbling down at regular intervals but there was hope for India at the other end of the crease for Dravid fought valiantly against those conditions to carve out a masterclass innings of 81 runs. India managed 200 in the first innings before securing a lead of 97 runs. Despite the advantageous position, India's top-order slipped again and Dravid came to the rescue with another gritty half-century score. West Indies bounced back in style against the target of 269 with fifties from Ramnaresh Sarwan and Denesh Ramdin, but Kumble's six-fer restricted the hosts to 49 runs short of the mark. It was India's first win in West Indies since April 1971.

4) vs South Africa, Johannesburg, 2006: Two years back when S Sreesanth was asked about the performance of India's pace attack in South Africa and England, he showed reluctance in praising them and instead reminded fans about India's show in South Africa in 2006. Well, why not? India did lose the series, but it was one of those contest which witnessed a dominant show by the pace attack, inspired by Sreesanth.

Sachin vs Dale Steyn and the domination of South African pace attack were among the talking points leading up to contest. But after the Johannesburg Test, the discussion had reversed, courtesy Sreesanth. The Kerala-based pacer took a fi-fer to dismember South Africa for a paltry 84 before setting a target of 402 and eventually winning the Test by 123 runs. 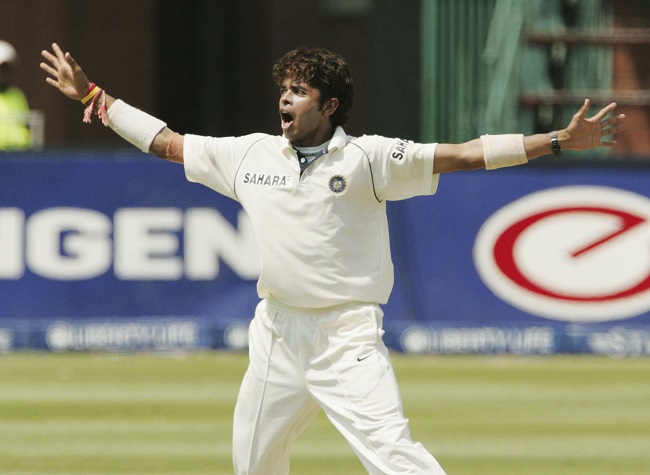 5) vs Pakistan, in Multan, 2004: It was India's first tour of Pakistan since 1989 with the visitors still in search of their maiden Test match victory in their neighbouring country. Pakistan had strengthened their bowling attack with the addition of Shoaib Akhtar and Saqlain Mushtaq, but it was India stood in top at the end of day 1 and 2, courtesy Virender Sehwag who scored a rampaging triple hundred, the nation's first-ever in the format. India declared at 675. Pakistan fought hard but was folded for 407 and eventually urged to follow-on. Yousuf Yohana scored a gritty hundred in the second innings, but Kumble weaved his magic to hand India their first-ever Test win in Pakistan. 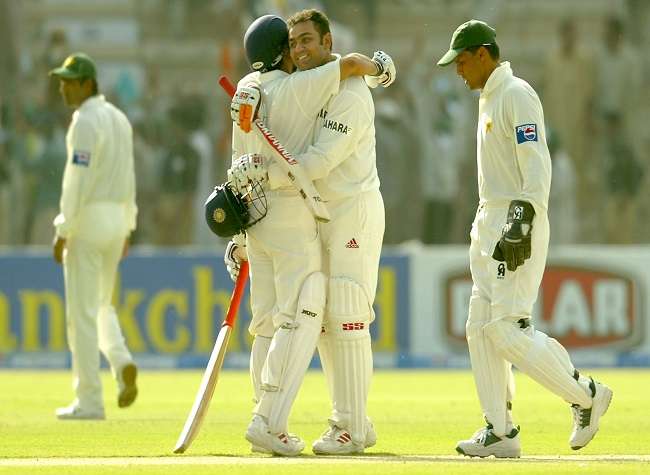 6) vs England, at Lord's, 2014: It was another of India's famous win in England. There was plenty of talk surrounding India's show in the opener, especially after a 4-0 defeat in their last tour to the country. But India showed patience and courage on the green-topped Lord's track to survive through. Cheteshwar Pujara began the proceedings with his steady 28 when the ball was moving notoriously down the track, Ajinkya Rahane followed it up with a century at the end of the day. Bhuvneshwar Kumar performed impressively with the bat and with the ball and Ravindra Jadeja scored a stunning counter-attacking half-century. But it was Ishant Sharma's seven-fer that was regarded as the highlight of the contest.