Scientists have developed a new puffy model for the shape of the Sun's heliosphere or the magnetic bubble that surrounds our solar system.

Scientists have developed a new puffy model for the shape of the Sun's heliosphere or the magnetic bubble that surrounds our solar system. According to NASA scientists, they have developed a new prediction of the shape of the bubble surrounding our solar system using a model developed with data from NASA missions that poses a question — Do we live in a bubble-shaped like a deflated croissant?

According to NASA, all the planets of our solar system are encased in a magnetic bubble, carved out in space by the Sun’s constantly outflowing material, the solar wind. Outside this bubble is the interstellar medium — the ionized gas and magnetic field that fills the space between stellar systems in our galaxy.

So, one question scientists have tried to answer for years is on the shape of this bubble, which travels through space as our Sun orbits the center of our galaxy. Traditionally, scientists have thought of the heliosphere as a comet shape, with a rounded leading edge, called the nose, and a long tail trailing behind. 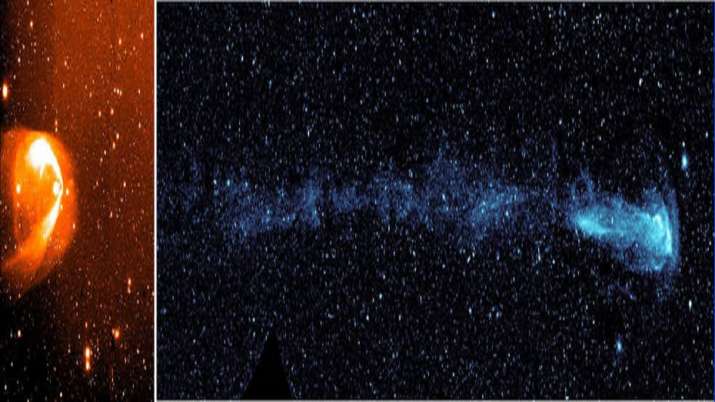 Research published in Nature Astronomy in March and featured on the journal’s cover for July provides an alternative shape that lacks this long tail: the deflated croissant.